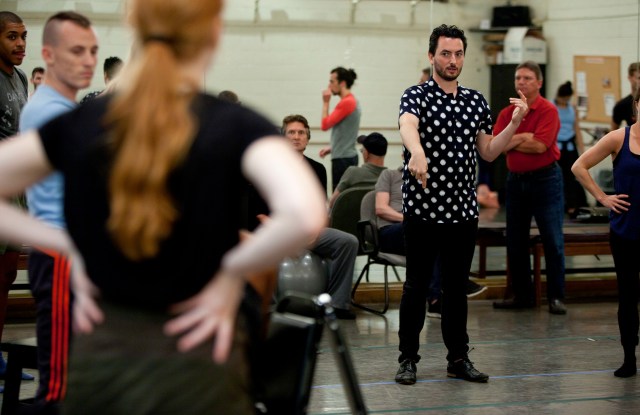 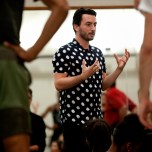 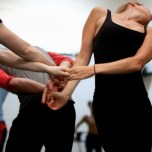 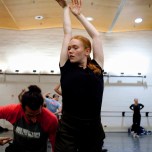 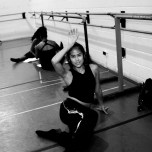 The new staging of the opera, directed by Darko Tresnjak, begins the Met Opera’s fall season with its gala opening tonight. Tresnjak didn’t have to look far to find a choreographer for the show’s wild Bacchanale scene.

McCormick, a Juilliard alum, also directs his own company, Company XIV, which recently opened a permanent venue in Brooklyn. His company produces acrobatic performances rooted in Baroque and burlesque; around 80 percent of the dancers cast for “Samson et Dalila” were dancers he’s worked with before, and there is crossover in the language of movement.

“The shows for my company are usually narrative-based, so the dance is helping to further a story. And that is true of opera as well, but a lot of times the scores are devised to be…a palate-cleanser, so the tricky part about opera is to root the dance in some sort of furtherment of the narrative,” McCormick says. “[Tresnjak] definitely came in with thoughts about the vibe of the section and of specific landmarks, but within that I had a lot of freedom to fill it all in and create, which is lovely. It’s sort of the best of both worlds, because a great director provides structure and then allows the choreographer to fill everything in and use their imagination.”

For inspiration, he looked to past Met productions of the opera to take stock of where the show is evolving from, and what New York audiences may be familiar with already.

“The world that we dance in is the world of the Philistines, which is Dalila’s group, so she’s really about beauty and pleasure,” he says. “My background is in baroque court dance.…This is not baroque, but in the way that I move formations and do complicated floor patterns, that’s a signature thing that’s definitively in the show. It’s a very aerobic, physical dance.”

No kidding: the dancers climb up a 40-foot giant idol onstage; silk unfurls from inside the set piece, which the dancers use to create weaving patterns. It’s intricate — and now add a 98-person chorus to the stage, too.

The costume design by Linda Cho complements it all; she was inspired by Japanese folding techniques, and also took McCormick’s style into consideration.

“Luckily the costume designer came to a show of mine, so she knows that I love less costumes — less is more, so she has been conscious of showing the dancers’ bodies,” he says. “I really come from a place, especially in my own place, where costume in a lot of ways comes first. So we adapt the movement to preserve or highlight the costume instead of the other way around. Put us in something beautiful, and we’ll figure out how to adjust the choreography, not the other way.”

The production kicks off just a few weeks after Company XIV’s fall season.

“It’s always a tricky balance because now that we have a permanent venue, which has been the dream for many years, now that that’s open, we have shows around the clock year-round. And I commit to a lot of these opera projects years before they happen, so it’s a bit of a balancing act. But I think it’s always really healthy and artistically exciting to be able to do projects outside my own company, because it makes me think about things in different ways and I meet new people, work with new people.”

Over in Bushwick, his company is in the middle of a run of “Ferdinand: Boylesque Bullfight,” a burlesque take on the story of Ferdinand the Bull; “Nutcracker Rouge” will follow for the holiday season and next year, they’ll stage a new show based on “Alice’s Adventures in Wonderland.” “I’m really excited to put Company XIV’s stamp on that,” McCormick says.

“That’s another thing that’s really interesting about working in different places, is that once it’s opened, you’re sort of off the hook. I don’t have that experience in my own company with my own venue; I’m there all the time and changing the show and being involved. It’s a weird feeling to work on something, and then it sort of exists without you.”

But he’ll be able to visit it this fall through Oct. 20.