This isn't the director's first moment in the spotlight. 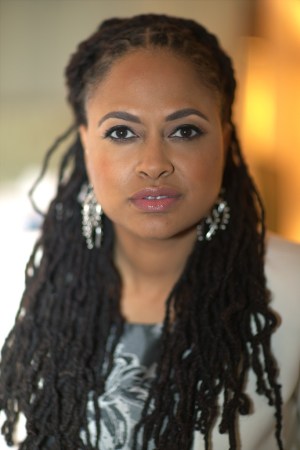 Three years ago, Ava DuVernay quit her day job as a publicist and marketing executive to forge a career as a full-time filmmaker. It was, in her words, a “scary” move. There are few female directors and fewer still black female directors. Recently, though, she was vindicated. When the Golden Globe nominations were revealed, she was listed among those up for the best director prize, running against veterans David Fincher and Richard Linklater. She was, in fact, the first African-American woman nominated for the award.

“It makes me a little uncomfortable, the ‘first’ thing, because I know I’m not the first woman deserving of it,” she said. DuVernay was speaking from the Palm Springs International Film Festival at the premiere of her third feature, “Selma,” the story of Martin Luther King Jr. and the historic 1965 march that led to the Voting Rights Act. In an awards season cluttered with real-life stories, “Selma” has quickly jumped ahead of the pack (four Globe nominations) and, more importantly, it has become a cultural lightning rod for its depiction of the historical record. At the festival, Brad Pitt, one of the film’s producers, honored its star, David Oyelowo, at the signature gala Saturday night.

DuVernay, who was also honored by Variety as one of the “10 Directors to Watch” on Sunday, premiered her first short film, “Saturday Night Life,” in this tony desert town nearly a decade ago. “No one’s heard of it, and you will never find it. I’ve banned every copy,” she said of the short, which she made on a Christmas vacation. “But it was special to get into my first fest, and it was here.”

But this isn’t her first moment in the spotlight. “I’m not a spring chicken. I’m not 23, just out of film school,” she said. DuVernay was also the first African-American woman to win Best Director at the Sundance Film Festival in 2012 for “Middle of Nowhere,” an honor that convinced her to switch career paths. “It’s hard to be rah-rah for yourself,” she said. It was during the filming of that movie that she first met Oyelowo, who was nominated for an Independent Spirit Award for his role. When director Lee Daniels dropped out of “Selma” to shoot “The Butler,” Oyelowo campaigned for DuVernay to get the job.

Once production began, she knew they had something special. “I remember the first day watching him in the scene where King is in jail and thinking to myself, ‘He did it. This is going to work,’” she said. “I saw the weight gain every week, and I heard the inflections in his voice. I was there measuring how much his hairline was getting cut back and how we were going to do the moustache.”

Filmmaker and actor watched the Golden Globe nominations together.

“Her name was called first, and I jumped so high, I almost shattered a kneecap,” remembered Oyelowo.

After directing an episode of “Scandal” last year, DuVernay is getting serious about television, soon taking on a credited writing role for an unnamed drama that she hints could star Oyelowo. “We’ll see,” she said with a raised eyebrow about the project that she’ll also direct. “There’s a freedom to being able to tell a story for so many episodes,” she added, citing the work of other indie filmmakers who’ve moonlighted in television, like Cary Fukunaga (“True Detective”) and Steven Soderbergh (“The Knick”).

First, she has to contend with some serious Golden Globes dress stress. As she boards the speeding train that is awards season, she keeps things in perspective with help from Oprah Winfrey, a producer and costar in “Selma,” with whom she chatted after the film’s premiere on Friday night. “‘All is in order,’” DuVernay said. “[Oprah] says that all the time.”