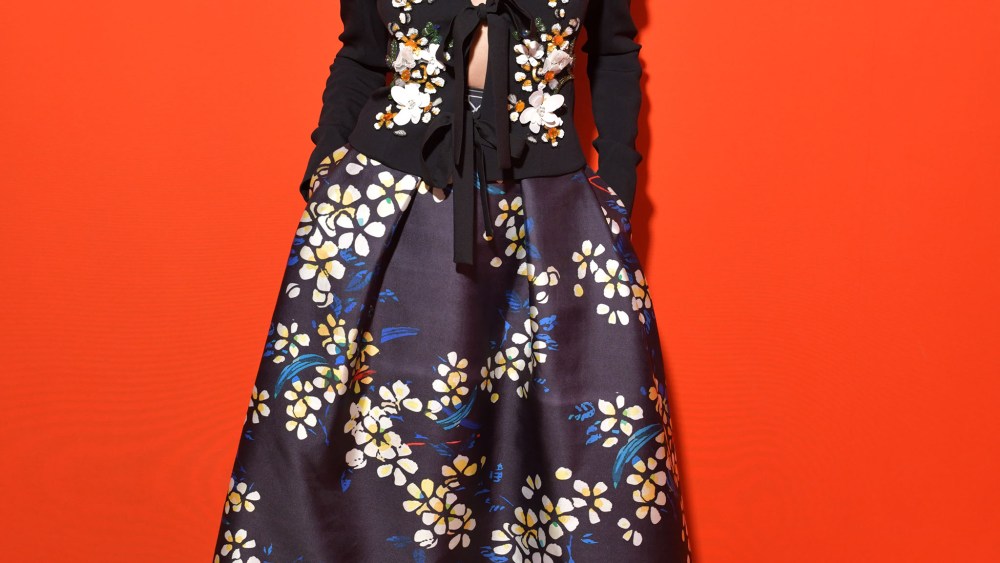 BABY BUMP: It was all love and romance at Elie Saab. Perched in the front row, Olga Kurylenko said she just finished filming a series for French television channel France 2 called “Romance.”

“The name speaks for itself, it’s a romance between a man and woman and so I play the woman — not the man,” she said with a smile. The series takes place in the Sixties, “beautiful times, aesthetically,” she added, noting the clothing, makeup and cars make for visually striking images.

Posing for the cameras before the show, Anouchka Delon made her baby bump official, holding her hand over her tummy protectively. Alain Delon will soon welcome another grandchild.

She sat next to her partner Julien Dereims, in the front row, and described their roles in an upcoming film. “Toute Ressemblance,” which means ‘all resemblance,’ in English, is directed by Michel Denisot and Dereims plays a journalist, while Delon falls in love with a much older man, a news anchor played by Franck Dubosc.

Debby Ryan, meanwhile, who sat nearby, just wrapped up her latest season of her Netflix series “Insatiable” and has been filming another project that she couldn’t say much about.

“It’s very strange and so I played a character who was just someone’s interpretation of me — I played like a sounding board for someone,” she said.

“I’m really looking forward to be able to speak about it more because it really is…such an amazing collaborative process,” she said, describing being told what was happening in a scene and having to improvise how she would have a conversation.

“I’ve never worked in that [kind of] process — it was definitely challenging,” she added.