Fairer and his wife and agent, Vanessa, mined 400 images from about 35,000 images of their Dior archives. 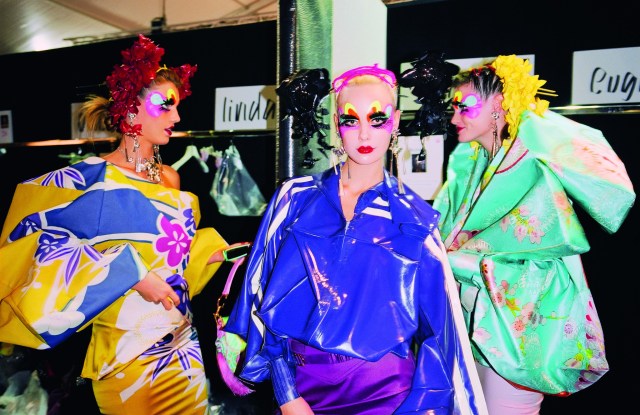 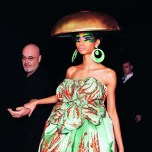 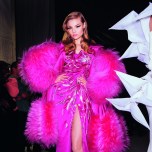 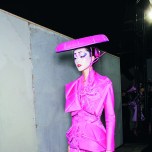 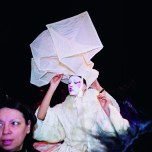 “Why did they sit in a box for so long?”

That was photographer Robert Fairer’s assessment of the photos in his new book “John Galliano for Dior.” Spanning from 1996 to 2011, the Thames & Hudson-published page-turner offers a behind-the-scenes look at the artistry and revelry pre- and post-runway. The bold images spotlight more unrehearsed snapshots of such collections as “Wonder Women,” “Street Chic,” “Asian Adventure,” “Edwardian Teddy Boys,” “Libertine,” “Madame Butterfly,” “Madame X Meets Klimt” and other collections.

The Savannah College of Art & Design is planning a photo exhibition based on the book to be held at its Atlanta campus next fall. And this spring, Fairer will discuss his work at the National Arts Club in New York.

Fairer’s curiosity led him from shooting the front-of-the-house to the back-of-the-house. He said, “You have to get there early for a fashion show — at least a couple of hours to get a decent spot. After a while, the conversation can become a bit boring. I’m quite curious and I would get up and wander around. One day I found myself backstage and I thought, ‘Oh, my God, this is way more interesting.’”

Never really interested in shooting girls backstage smoking cigarettes and drinking cups of coffee, Fairer started with backstage beauty for magazines before focusing more on the behind-the-scenes fashion. Stella Tennant, Shalom Harlow and Jacquetta Wheeler are among the many models featured in Fairer’s images.

In between editorial and commercial assignments, Fairer and his wife, Vanessa, spent 10 or 11 months culling through about 35,000 photos before deciding on 400 for the final edit. That turned out to be “a real journey of discovery — not even rediscovery,” the lensman said. All these years later, Fairer said each image brings back a memory including the moment right before and right after each shot was taken. “I look at them and think, ‘How the hell did I do that?’ Honestly, I’ve seen all of these things as a tiny contact sheet for up to 15 years. You think the picture might be great; it might be not so great. Things can get diluted. When you actually pull them out, start to look at them and scan it, see it on a computer screen a little bit bigger, you start to discover things in the image you actually missed on the contact sheet. There is blood on the edge of the trousers because that was the collection that referenced the French Revolution.”

Interspersed in the photos are comments from Galliano and a few of his collaborators. Stephen Jones described how making the armor for the Planet Botticelli collection was the most complicated thing he’d ever done. “I remember going in to see John and breaking down in tears and saying, ‘I can’t do it, I can’t do it,’ and John saying, ‘But you are going to do it, aren’t you?’

There are also quotes from Galliano such as, “Reconstruction. Deconstruction. I call it decontextualizing. That means taking things out of everyday use or context and giving them [another use.] like a saddle for a bag. A Barbour jacket recut as a skirt; a trench becomes an evening gown. Deconstruction, been there, done that…”

Readers will also find Jeremy Healy’s statement about Malcolm McLaren’s comment after the gospel choir show, “You’ve just done a million-dollar show and you’ve given it all away. But I kind of liked that. It took a massive amount of energy for such a short space and time and then it went away.”

As for Galliano’s talent, Fairer said, “It’s unrivaled — there are so many references going on but his signature style is in there, paired with Dior’s original silhouette. For me, it’s the most wondrous surprise every season, when I go back. What’s going to be thrown in front of me this time? It’s pure delight.”

As agile as Fairer was at capturing the backstage mayhem and merriment during Galliano’s Dior years, he and Galliano have only met once briefly. Fairer said, “I don’t even know if he would recognize me. When you go backstage, they have been working on this for six months. This is the key moment. It’s not rabbit-in-the-headlights, but all the pressure is on the designer to get everything out on the runway looking perfect and gorgeous. I can’t imagine what kind of pressure they’re under. But it’s not the moment for me to go, ‘Hi, I’m Robert.’”

Vanessa Fairer said, “Rob had such a good friendship with all of the girls and worked with them for so many years. He sort of pioneered it after Roxanne [Lowit]. Obviously, Roxanne was fantastic but a slightly different kind of energy. A straight guy gets a very different thing out of models than perhaps a lady shooting. And someone who is very married, lovely and charming — and always talking about his children…. We work on this together. It’s good because Rob’s got a dedicated devotee with me. Obviously, it’s in my interest for him to do well.”

He added, “I have got to tell you, if it wasn’t for Vanessa, they would be still be sitting in a box somewhere.”

The husband-and-wife team are onto new book projects including one spotlighting Karl Lagerfeld’s years at Chanel. Finishing up the phone interview as the clock inched toward 11 p.m. Friday in London, Vanessa Fairer said, “It’s fine. We always work late, unfortunately. It’s just the nature of the beast.”