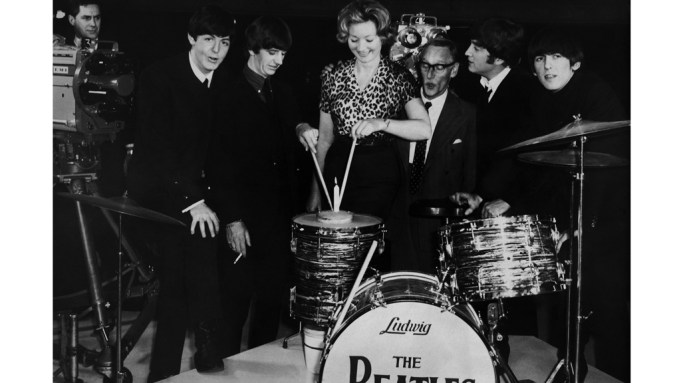 LONDON — Julie Harris, the Oscar-winning British costume designer who aimed to bridge the gap between on-screen and real life wardrobes, has died aged 94.

Harris worked on scores of films in a career that spanned more than 40 years, ranging from “A Hard Day’s Night” and “Help!” to “Casino Royale” and “Live and Let Die” to “The Great Muppet Caper,” before retiring in the early Nineties to become an oil painter.

Harris, who outfitted Julie Christie in sexy Swinging Sixties attire for her role in the 1965 film “Darling,” about a socially ambitious fashion model who marries an Italian prince, died in London of complications following a chest infection, according to British media reports.

A graduate of Chelsea Art School who started her career working for a top London dressmaker, Harris won an Academy Award for her work on the film, which she said captured the imagination of Americans — rather than the British.

“It was just another contemporary film,” Harris told The Guardian newspaper. “I had no idea that it would become such an iconic portrayal of the time. When the film opened in Britain, nobody took much notice. It didn’t get any nominations for any awards at all, because to the home audience it was just everyday life. It was America that went mad for it, they loved it. I think they fell in love with the whole swinging London image.”

She was known for restoring a sense of reality to on-screen wardrobes, which she endeavored to make less about unattainable Hollywood glamour, and was pleased to have wrestled The Beatles out of their collarless jackets and into shirts and ties for “A Hard Day’s Night.”

In addition to outfitting Christie and The Beatles, Harris worked with actors such as Ursula Andress, Joan Crawford, Bette Davis, Lauren Bacall, Jayne Mansfield and Roger Moore. She never married, and had no children. According to British press reports, she is survived by her goddaughter, Serena Dilnot.