Benji B on Booking Cybotron for Louis Vuitton Men’s

The DJ and musical director for Louis Vuitton men’s reveals the creative process behind the brand's fall 2020 show music.

PARIS — Guests at the Louis Vuitton men’s show on Wednesday, titled “Heaven on Earth,” were lucky enough to witness a musical performance by electronic music band Cybotron, helmed by Juan Atkins, who is widely recognized as the inventor of techno music.

Atkins, whose band was active from 1981 to 1985, performed live from a booth overlooking the show set flanked by DJs Tameko Williams and Laurens von Oswald, who were both wearing masks. Benji B, the musical director for Louis Vuitton men’s, talked to WWD about the whole process.

WWD: How did you and Virgil Abloh meet?

Benji B: We met in the mid-2000s. Virgil was a longtime listener of my show on Radio One. It’s actually surreal — the show is always playing on speakers at the Louis Vuitton studio. Our friendship stemmed from Deviation, a club night that I had in London in 2008-09. Virgil came first as an attendant, then started DJing. We’ve always had a musical relationship and worked together on various projects; we’re the same age, from the same generation, and he’s as much of a musical nerd as me.

WWD: How did this lead to you becoming musical director for Louis Vuitton men’s?

B.B.: I saw him in Miami one day where he told me he got the job at Vuitton and hired me on the spot to be his musical director. I think I was his second hire or something. He takes music very seriously and has the highest regard for it.

WWD: You’ve collaborated with designers in the past, like Phoebe Philo when she was at Celine. What was your plan for music at Louis Vuitton?

B.B.: The good thing about being musical director is that you have complete carte blanche. In the past, music for fashion shows was mostly prerecorded. From the beginning, I decided I always wanted to have live music. For Virgil’s first show at Louis Vuitton men’s, we got Toronto-based band Bad Bad Not Good to perform live in the Palais Royal garden, then after that it was Dev Hynes of Blood Orange, who composed music for the fall 2019 show. We always want to incorporate the musician to the show. All seasons are special and unique, but we really aim to give texture to the show, to fit with the flow of the silhouettes. 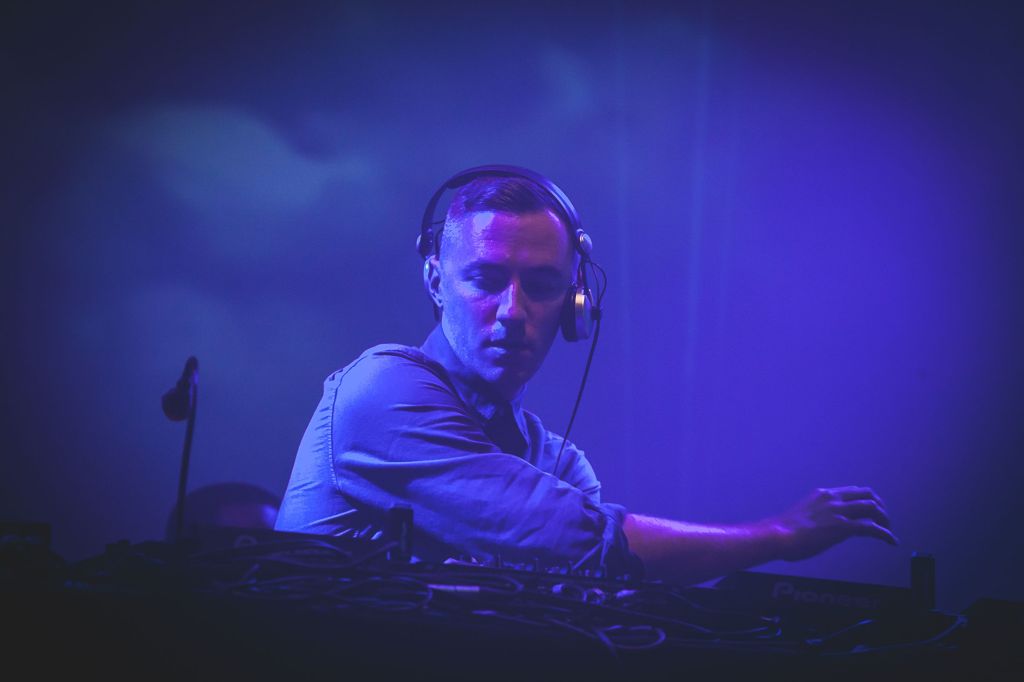 WWD.: For the fall 2020 show on Wednesday, you invited iconic electronic music band Cybotron to perform. Why them?

B.B.: Juan Atkins, one of the members of Cybotron, is a real pioneer: he is credited with the invention of techno. He’s from Detroit, where the genre was invented. One of the references of the fall 2020 collection was the process of making garments in the Louis Vuitton atelier, so we wanted to find a musical genre that would echo the feeling of handcrafted goods. Techno relies on man-made machines, so it has the feel of handmade music in a way. So we invited Cybotron to perform on a raised platform, lectern-style, a bit like a Kraftwerk concert. Their music is precise, to the clock, and a good reflection of construction, as it is made with actual hardware and not computers. Also, they have made some of the most iconic songs ever, that have become recognizable fabrics of music. Their best-known song, “Clear,” was sampled by Missy Elliott in “Lose Control,” for example.

WWD.: It must be pretty thrilling to be in a position to reach out to such mythical musicians.

B.B.: It’s absolutely a dream come true. It’s incredible to be able to work with a blank canvas and to always think along the lines of what’s the most creatively appropriate, it’s a real privilege. We’re very mindful that we are able to tip our hats at the pioneers and recognize their influence on us — like Virgil did when he invited graffiti artist Futura to illustrate the set for the fall 2019 show — but also to introduce them to a new, younger community that has maybe never heard of them. Also this season, it was important to us to remind people that techno was invented by African American artists in Detroit.