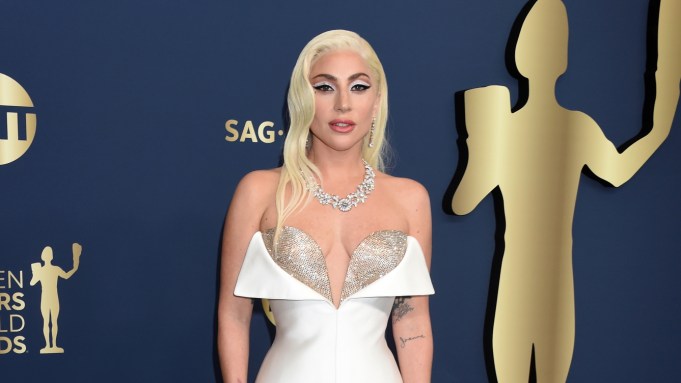 After a pushback of a few weeks due to the Omicron variant, the Screen Actors Guild Awards, now in its 28th year, were held on Sunday in Los Angeles, and brought out many celebrities in their fashionable best.

In the gallery above, we break down our selections and below, some highlights.

Cate Blanchett, styled by Elizabeth Stewart, opted for a custom Armani black gown with a dramatic deep neckline, which was embellished with shiny black geometric shapes. She paired the dress with a deep side part and Pomellato jewelry.

Newcomer Demi Singleton, who stars as Serena Williams in “King Richard,” wore a custom Celine dress, styled by Jason Bolden. She gave the look the perfect youthful touch by pairing it with sheer black socks and strappy silver sandals.

Ariana DeBose, who stars in “West Side Story,” rocked an electric pink Valentino spring 2022 couture gown, which she paired with a diamond choker necklace. The look was styled by Zadrian Smith and Sarah Edmiston.