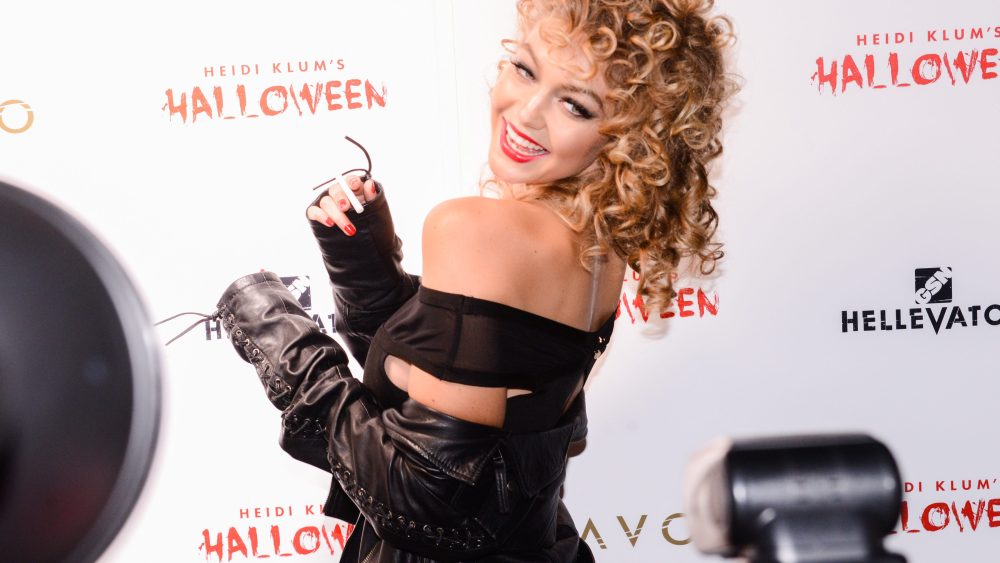 When dressing up is a job 364 days of the year, Halloween is just another opportunity for designers and models to up the ante — and then some.

For designers such as Michael Kors and Christian Siriano, to models like Kendall Jenner, Gigi Hadid and Taylor Marie Hill, Halloween costumes are a major endeavor, for which they pull out all the stops. They sometimes even hire stylists to perfect their looks — after all, Instagram is watching.

Heidi Klum’s over-the-top Halloween costumes never disappoint. For her 16th annual Halloween party, she transformed into the iconic bombshell from “Who Framed Roger Rabbit,” Jessica Rabbit. With the help of professional makeup artists and ample prosthetics, her costume was complete with oversize lips, hips and hair. The strapless, beaded gown Klum donned for the night was made by Siriano. The result? Klum became a human cartoon.

It Girl and Insta-model Hadid attended Klum’s bash last year as Sandy from the movie “Grease.” She wore an off-the-shoulder crop top from House of CB, nylon high-waisted leggings from American Apparel, a leather jacket by Caroline Blomst and red Louis Vuitton cutout heels. The ensemble was put together by Khloé and Kourtney Kardashian’s go-to stylist, Monica Rose. Insta-model, Hailey Baldwin, too, has gone with the sexy Sandy look.

On the designer front, Kors fully embraces the Halloween spirit. Every year he attends Bette Midler’s Hulaween gala where he not only dazzles in his own outfits but also serves as an official costume judge of the party. From his Elton John costume — and yes, he wore a boa — in 2007 to his paparazzi attire in 2014, it’s a surprise Kors hasn’t won the competition himself.

For more of Kors’ festive outfits, take a look through our gallery of the very best Halloween costumes from the fashion world’s most recognizable faces, from Hill to Nina Agdal.