Betty Who is going on tour and she’s bringing a sparkly crystal corset with her. The rising pop star experienced quite a bit of buzz in 2013, when her song “Somebody Loves You” became the soundtrack to a gay couple’s viral engagement inside a Home Depot. The Sydney native has since released her debut album, “Take Me When You Go,” and now, she’s on tour in support of her sophomore LP, “The Valley.”

Known for her short, platinum ‘do and Eighties aesthetic, Betty, née Jessica Anne Newham, has been trying out new looks. She recently wore a platinum blonde wig in her video for “Human Touch,” and is opting for a more flirty vibe for her tour attire. 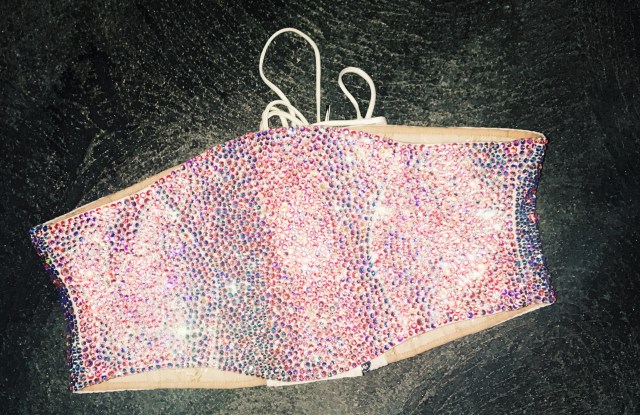 “The crystal corset was hand-stoned for me for this tour,” Betty says. “Hours of blood, sweat, tears and a hot glue gun went into that corset.” She reserves this particular corset for “when we sell out a venue,” otherwise pairing its pink and black alternatives — “the pink is my favorite” — with a long white T-shirt.

Her second look is a two-piece denim and white set designed by Ashton Michael, who has also worked with Beyoncé, Ariana Grande and Boy George. “He does so many stage outfits for artists I admire and love so it only seemed right that he make mine, too,” says Betty, adding that she wanted her look to be “really flirty and fun without being too chearleader-y.” 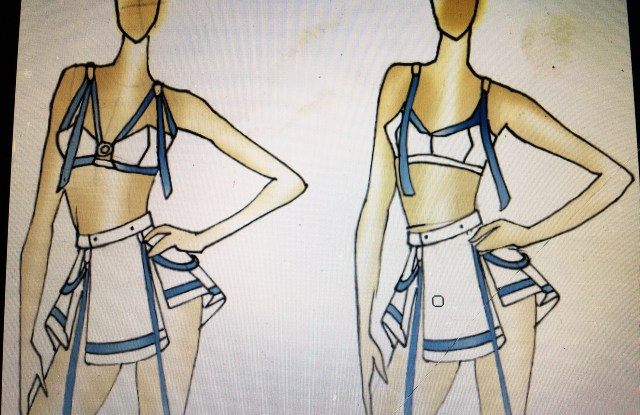 To maintain — and enhance — her blonde cut, Betty turns to celebrity hairstylist Jonathan Colombini. “[He] comes to shows every now and then to give me the hair I’ve secretly always wanted,” she says. “There’s something about a good wig or ponytail to flip around that really makes me feel like Britney Spears.”

Betty Who on the Rise