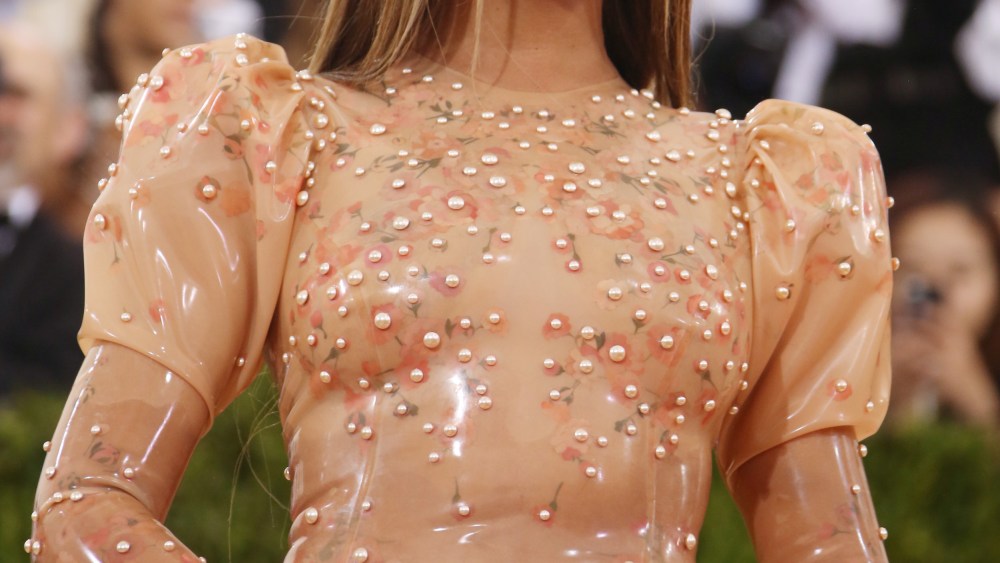 Beyoncé has come a long way since her debut at the Met Gala in 2008. The singer has increasingly taken more risks through the years, and it’s paying off. She made headlines — as she’s apt to do — for her 2015 and 2016 Givenchy gowns, which have become two of her most iconic looks to date.

We spoke to Ty Hunter, Beyoncé’s longtime stylist, about her most popular Met Gala gowns — 2012, 2015 and 2016, all by Givenchy. See what he had to say about them below, and hit the gallery for the singer’s full Met Gala evolution.

Hunter says Beyoncé was rehearsing for The Mrs. Carter Show World Tour when she brought up the Met Gala taking place later that day.

“She was, like, ‘The Met is today.’ I was, like, ‘Yeah.’ And she was, like, ‘I think I want to go,'” Hunter recalls. The Givenchy team promptly came to the rehearsal hall for a fitting of the gown, which was originally slated for another project.

“Literally within a day or a couple of hours all of that happened — and it ended up being one of her most talked-about looks,” he says. “I was, like, ‘Oh my God, you want to go to what? The Met?'”

The black and purple Givenchy gown she wore is his favorite Met Gala look of hers due, in part, to the frenzy it took to bring it together. “If they didn’t have that dress, I would’ve gone crazy,” he says. “She had just had Blue [Ivy] and the world hadn’t seen her. To come back with a wow after being pregnant for so long and just showing that you can still be sexy and hot as a parent, [that’s] one of the reasons that dress got a lot of attention.”

It may have looked as though Beyoncé was floating across the carpet in her 2015 Swarovski-embellished Givenchy gown, but it was actually one of the heaviest she’s ever worn.

“A lot of the rhinestones and gems, the rocky crystals, they were very heavy,” Hunter says. “It looked like the lightest ones because she looked naked under it, but it was one of the heaviest.” It has since become one of her most popular looks.

“You want everybody to say how great everything is, but we kind of have a system where as long as you feel happy and confident, it shows,” he says. “That’s why when Beyoncé’s on the carpets, she has so much confidence. She felt comfortable and loved the dress and showed it to the world.”

Beyoncé’s 2016 Givenchy gown looks like it may have been the most difficult because of the latex fabric, but Hunter calls it “the easiest dress.”

“I didn’t really have to do too much,” he says. “Normally, we have to stay there and be there with her for the train and all that.”

The dress was one of two or three options total, which Hunter says is typical for events such as the Met Gala, but it was always the top choice. “[Tisci] put a spin on it and made it an elegant, form-fitting gown,” he says. “He’s always been before his time and wild, and I love it.”