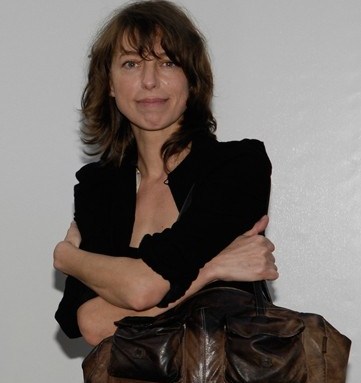 “We’re like the Redgraves, except that we all have different names,” Judy Campbell, Birkin’s mother, once famously remarked of her talented clan. The same might be said of Birkin’s trio of daughters, all of whom have helped carry on her legacy of style and creativity. Herewith, a crib sheet to her genetically cool offspring.

Fashion connections: Barry has done ad campaigns for the likes of Dior Parfums, Shiseido, Kérastase and La Redoute, the latter of which included half sister Lou and mom, Jane, as subjects. She has also shot editorials for Dazed & Confused, Elle, Figaro Madame, Milk and Very Elle (half sis Charlotte was the star).

Trademark style: Though she trained initially as a fashion designer, Barry prefers low-key attire of layered knits and skinny jeans.

Off the beaten track: In addition to her arresting black-and-white portraits (Stella McCartney, Carla Bruni-Sarkozy and Nicolas Ghesquière have posed for her), Barry’s past work has included drug counseling for recovering addicts.

Fashion connections: The friend and muse of Nicolas Ghesquière, Gainsbourg starred in a Balenciaga campaign and often dons Ghesquière’s designs in and out of the front row. She is a fashion editorial favorite, too, for magazines like French Vogue. When she’s not modeling, Gainsbourg has appeared in such films as “The Science of Sleep” and “I’m Not There.”

Trademark style: Besides her archive’s worth of Balenciaga pieces, Gainsbourg favors a casual look, often seen in jeans and white tank tops paired with a bare face and undone hair.

Parental control: Gainsbourg infamously made her musical debut at age 12 in a 1984 duet with her dad, called “Lemon Incest.” In the video she appeared half-dressed in bed with Pops.

Off the beaten track: Gainsbourg and Attal haven’t married because she thinks it would be bad luck for their relationship.

Upcoming projects: The sometime musician, who has recorded two discs with acts like Air, the Divine Comedy and Jarvis Cocker, is collaborating with Beck on a new album.

Fashion connections: Doillon has been a muse for friend Milla Jovovich’s line Jovovich-Hawk; featured in campaigns for Givenchy, Miu Miu, Mango and The Gap, and in 2007, signed a three-year contract with denim company Lee Cooper for which she designs an annual capsule collection.

Off the beaten track: Last year, Doillon starred in a solo tour called “Lettres Intimes,” in which she traveled to various French venues, reading love letters from famous French authors or musicians.

Upcoming projects: The latest film from Swiss director Patricia Plattner, “Bazar,” in which Doillon plays the daughter of a woman who falls in love with a much younger man.