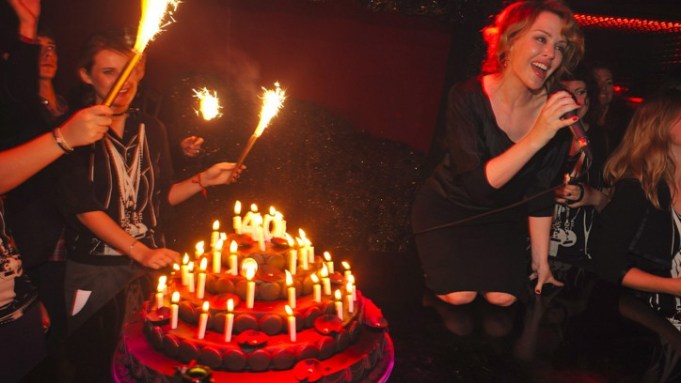 Paris’ king of runway productions, Alexandre de Betak, said he was “so lucky” to have “Happy Birthday” sung to him by none other than Kylie Minogue at his party Sunday at the tail end of Paris Fashion Week.

“Kylie’s sexy ‘Happy Birthday’ gave me the kick of energy for the next 10 years,” said de Betak. “I was speechless.”

Across town, Kirsten Dunst and Kate Bosworth joined the likes of Mary-Kate Olsen and Eugenie Niarchos for Chloë Sevigny’s party at Chez Régine, where a risqué performer gave Dita Von Teese a run for her money.

“Régine is the place to be this season,” declared Bosworth, who was accompanied by beau James Rousseau.