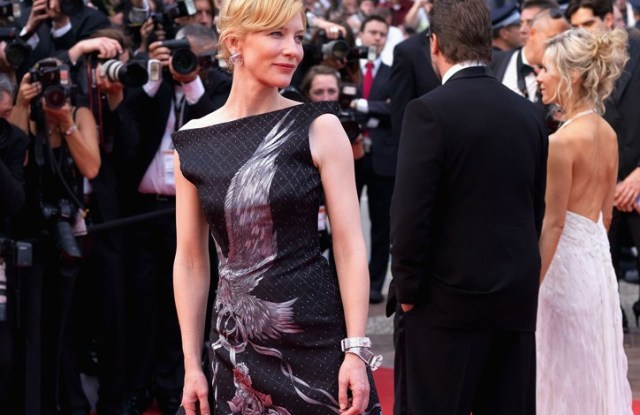 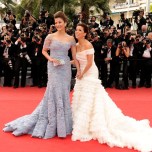 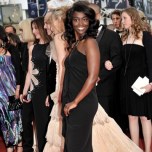 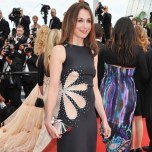 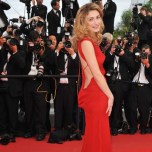 Judging from the profusion of long trains and flowing locks parading up the Palais des Festivals’ steps, many actresses were indulging their latent princesses at the 63rd Cannes Film Festival Wednesday evening. The opening-night film, Ridley Scott’s “Robin Hood,” seemed to have inspired romantic visions in everyone from the movie’s star, Cate Blanchett, in a black-and-white Alexander McQueen gown with a tulle underskirt, to jury member Aishwarya Rai, in an ice blue Elie Saab number. Salma Hayek worked the more passionate side of fairy-tale, arriving arm in arm with husband François-Henri Pinault wearing a slinky ruby red satin Gucci Première gown — the debut of the brand’s couture collection. And Julie Gayet was unapologetically girly in a lipstick red Josephus Thimister column.

But for all the Cinderella fantasies being played out on the red carpet, Blanchett admitted that of her blockbuster’s two lead characters, she’s always gravitated toward the more masculine one. “I always wanted to be Robin Hood rather than Maid Marian,” she said.