Blu Hunt is the rising face in Hollywood, to be seen next in the new X-Men movie "The New Mutants," who wants to inspire young Native-American girls with her filmmaking.

The synopsis: A young woman starts working as a dog-sitter — she loves dogs, and thought it would be a fun way to make money — but the pets begin to stress her out. They start to become a symbol of anxiety and depression, and she’s no longer able to care for them; soon enough dogs are running wild in her apartment, peeing and barking, and all she needs to do is take them outside but she can’t bring herself to do so.

“She’s sabotaging herself,” says Blu Hunt, the 24-year-old actress who wrote the story for her yet-to-be-shot short film. She’s speaking both of the character but also of her own past. Hunt, who has struggled with anxiety over the years and spent time working as a dog-sitter while trying to make it as an actor, wrote the script — which she plans to direct — as a kind of therapy to come to terms with what she went through.

“That was a long time ago that that happened, with the dog-sitting. I think it’s nice to just take a long break from my life experience, and then you can go back through it and be like, ‘Is this usable in art?’” she says. “While it was happening, I was just in total distress. It wasn’t fun at all. It didn’t feel like art at all. Then I got out of that and now I can look back at it and understand exactly what I was going through and where I went wrong. It’s like turning myself into a character.” 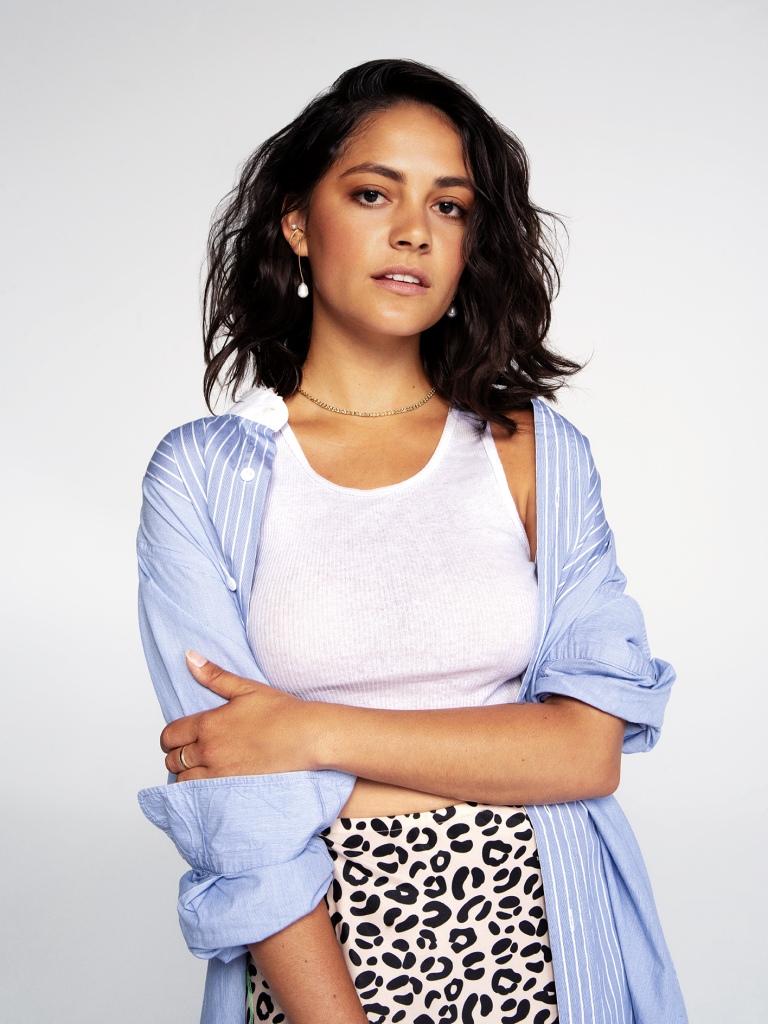 Hunt is approaching Hollywood with a desire to represent her indigenous heritage accurately on screen, make movies about mental health, and is quickly becoming a go-to actor for many of Hollywood’s buzziest supernatural movies and series.

A Sacramento, Calif., native, Hunt has spent all of her life living in California, the last six years in Los Angeles, before recently decamping for Brooklyn, N.Y. She says she has always been very performative, leaping to the coffee table as a child to entertain her family with one-woman shows.

“But I was always too shy and nervous to actually do any kind of theater,” she says. Her mom eventually got her to sign up. “I was a little bit of an outcast in theater at first, and then continued to shine in it and love it. I would stay there in the theater at lunch and hang out with the theater teacher and get all these plays. I was infatuated with it.”

When she moved to L.A. to study acting and try to make it, she first started with her own filmmaking, writing, directing and starring in web series. It wasn’t long though before she booked her first job on the CW show “The Originals,” before quickly landing the upcoming X-Men movie “The New Mutants,” due next spring. This summer she was seen in the sci-fi Netflix series “Another Life.” (Here’s hoping “New Mutants”’ has better critical reviews than “Another Life.”) 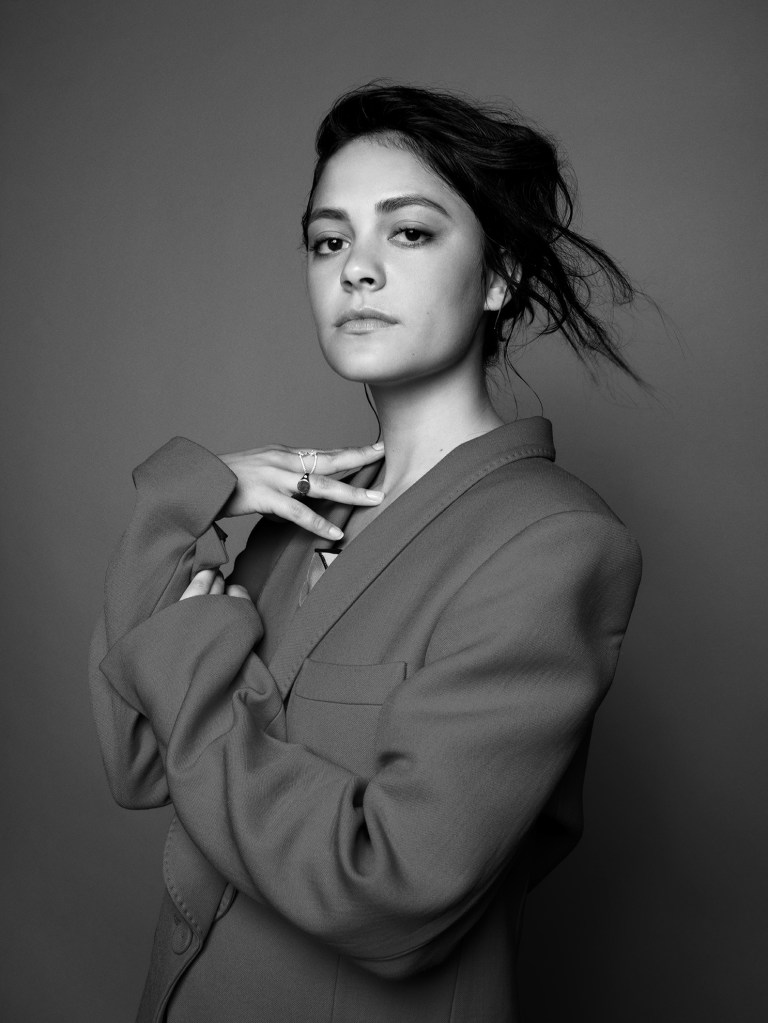 Hunt says it’s more a coincidence than anything that she’s ended up in so many supernatural projects. “I never saw myself doing these kinds of things. But I try not to think too hard about where my is career going and what I am doing,” she says.

Hunt says she’s also very conscious of the racial representation of the roles she is playing, and wants to be the role model for Native girls interested in the arts she didn’t have growing up.

“I feel like as a Native actress, [my place] is about opening doors so that more and more young people from the reservation can be a part of things now,” she says. “I was in South Dakota a month ago, and I remember talking to a group of young girls and asking them ‘How many of you are interested in acting?’ A lot of them raised their hands. Then I was like, ‘Is there any theater here? Do you ever get the chance to act?’ They all lowered their hands because there isn’t any of that [on the reservation].”

Her character in the X-Men movie, Danielle Moonstar, is “a really, really good depiction of what it’s like to be a young Native girl now,” Hunt says. “People have this completely skewed perception of what it’s like to live on a reservation. They have no idea what the realities are. It’s either just a very negative thing where people think it’s this scary, impoverished, sad place, or they think it’s teepees. It’s not either of those things. It’s a lot of resilience and it is modern, but there’s still a lot of culture and an appreciation for the past and holding onto that.”

Authenticity, then, is one of the most important traits for Hunt, be it in her writing or in the parts she takes on. 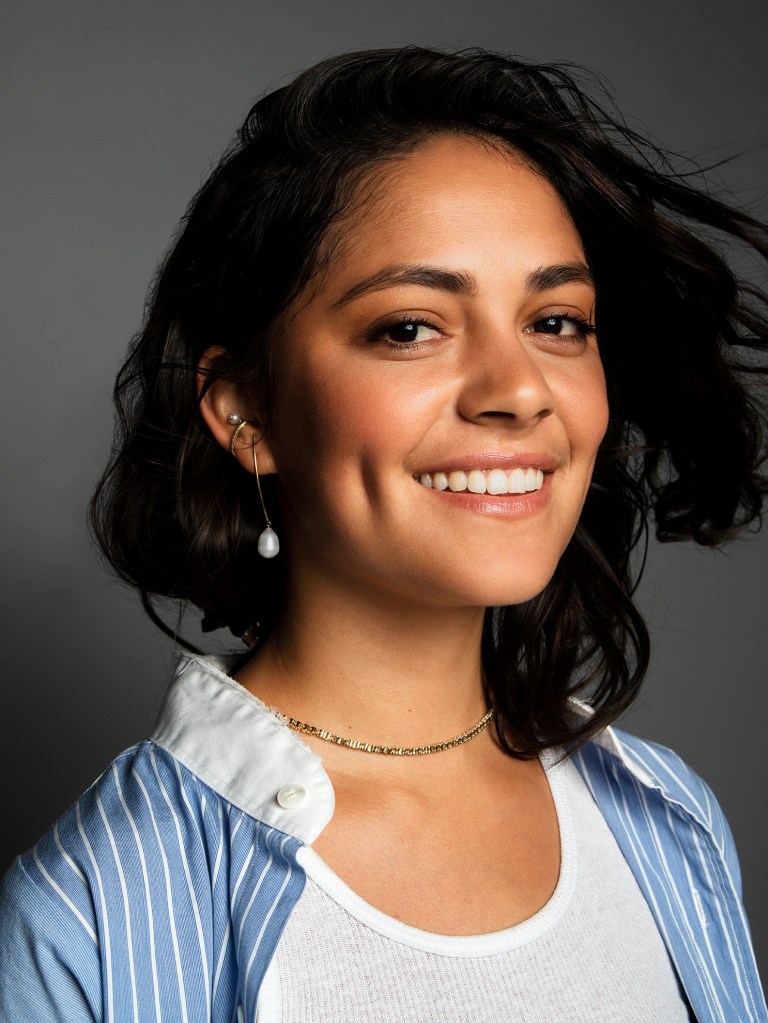 Then And Now: The Eye Looks Back

A Family Affair: Joe Corré Takes a Hard Look at Growing Up Punk in New Film