Having run an art gallery for four years and cofounded the directional Bodega store, Mak understands the merging of art and culture.

The outer convenience store shell of Bodega at 6 Clearway Street in Boston.

Not looking for a get-rich-quick sale, artist Oliver Mak is part of a new project that is trying to use the swell of interest in NFTs and cryptocurrency to help places in the Boston community that were decimated by the COVID-19 shutdown.

Many know Mak as the cofounder of Bodega, the tucked-away streetwear retailer in Boston that has been a forerunner in sneaker culture. But this is a personal venture as an artist. He is trying to help keep Boston-area restaurants, bars, art galleries, cultural meeting places and music venues open. The plan is to create lasting value and raise money for the impacted operations. One of the questions being mulled over: “How can we make digital art that is more than an animation or music file?”

Mak is still at work full-time at Bodega, having designed all the graphics for the current season, among other responsibilities. Curating has always been part of his body of work.

With Bodega marking its 15th year, even Mak can’t believe the fever pitch of sneaker culture and not only “just how big it has gotten, but how big it keeps getting. It’s like there is no way to satiate the demand of this thing that keeps growing far past what everyone’s predictions were the previous years.”

Why sneakers? The culture encompasses so many interests, including fashion, art, sports and music, he said, adding, “It’s collectible on top of that. It has a secondary market, which is on fire. It has nostalgia elements for every living human being.”

While the sneaker market has to max out at a certain point, Mak noted how markets are still expanding, and “Asia has only recently been tapped by the fashion world, China specifically. There’s also this homogenization almost of style through Instagram culture for certain pockets that are used to being a bit mainstream. There are just so many sectors that are fueling growth.”

The subject of Mak’s first NFT is Brick and Mortar, a Cambridge, Mass., bar and restaurant. One of the building’s exterior walls is the legal graffiti wall for the city. “That’s a pretty rare thing because it’s a very anti-street art city. It’s also the place where a lot of DJs cut their teeth in the early days, including myself,” Mak said. 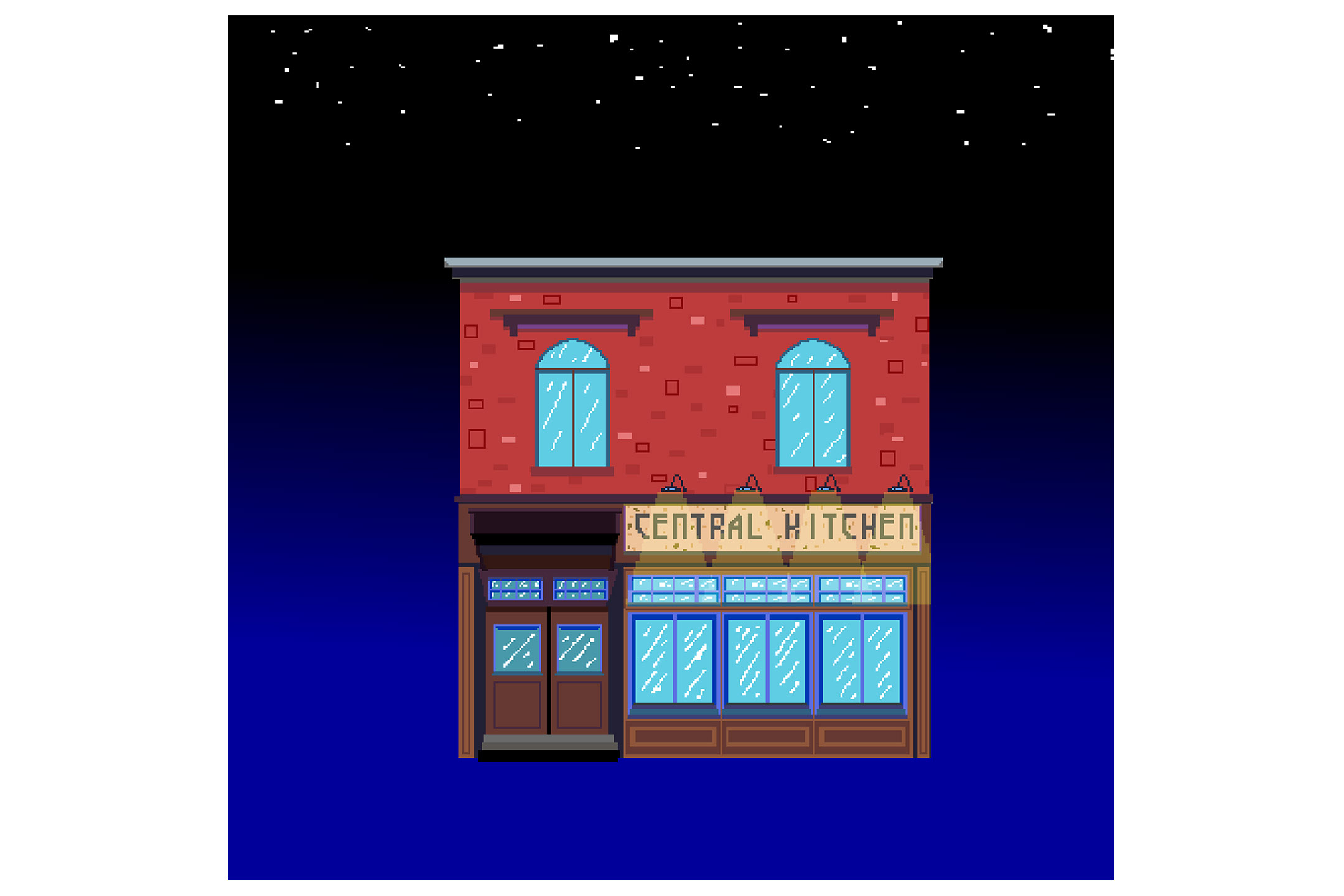 Oliver Mak’s NFT will be offered later this week.  Courtesy of Oliver Mak

Friendly with Brick and Mortar’s owner and busy with his own personal art projects, Mak wanted to lend a hand to cultural places that were shut down during the pandemic. His NFT will be auctioned online at noon on Tuesday. Mak’s illustrated pixel rendering of the Central Kitchen building is a one-and-done offering. However, the highest bidder will be able to name their own cocktail on Brick and Mortar’s menu. The owner of the artwork will also be able to digitally visit their NFT property via an artist-created video game environment: OliWorldNFT.

Still a prototype, OliWorldNFT will be an 8-bit adventure based on Mak’s experiences that will feature real and fictional locations. “My 20s were spent in these places, where I was learning to be an artist. To be able to express the energy and the nuances of the pre-social media [world] and what it was like to struggle as a creative at that time is a storytelling element that I am trying to convey.”

Proceeds from the sale will cover operating costs for the restaurant and bar, which was closed during the pandemic. Funds will also be used for the development costs of the artwork.

In addition to cofounding Bodega, which also has a store in Los Angeles, Mak cofounded the Boston Art Book Fair. He has previously collaborated with artists Pat Falco and Kenji Nakayama for an exhibition. Having also run a gallery for four years during Bodega’s early days, Mak said that was “really difficult because you were really limited by location. Boston is not really an art market…we weren’t able to make ends meet because there were no art buyers in Boston proper. What digital media and the sale of digital art does is you have the whole world as your market.”

Referring to gallery owner David Zwirner’s recent praise for NFTs and the budding market of young nontraditional collectors they have created, Mak said, “What Mr. Zwirner said is correct because digital media is also art and we all consume it. But no one had figured out a way to own it until the NFTs were really rolled out. To be able to have ownership of memes and MP3, and to have verifiable ownership of digital art, has blown the roof off of galleries. As our lives become more digital, that is going to be how we consume a lot of creativity and art. I totally agree with his sentiment. Of course, it’s not going to eliminate physical art. It’s just making allowances for how we consume art.”

Having put on more than 100 exhibitions at the former gallery, Mak said, laughing at the memories from that time, “It was just wild. One time Machine Gun Kelly tried lighting himself on fire, when he was playing a show one time at our gallery. It was the weirdest most amazing thing I’ve ever experienced.”

Not about to estimate what his NFT will sell for, Mak said, “I always think that if it doesn’t have a chance of failing, it’s not art.”

The work does have an interesting value proposition as the first piece in what will be an ongoing project for Mak, as well as the cocktail naming perk. “On the other hand, we are at the mercy of the cryptocurrency market, which is currently tanking. There are a lot of factors that will make it sweaty.”

Not planning to open any new Bodega stores in the next 12 months, Mak said there a lot of possibilities for it, but 2020 was tough.

”This past year — wow — what a meat grinder for physical retail,” said Mak, adding that e-commerce and the two stores are the focus. “People like what we do and want to see us expand. We have to do what’s right for the brand. We’re very protective of the brand and growing it at the right pace.” 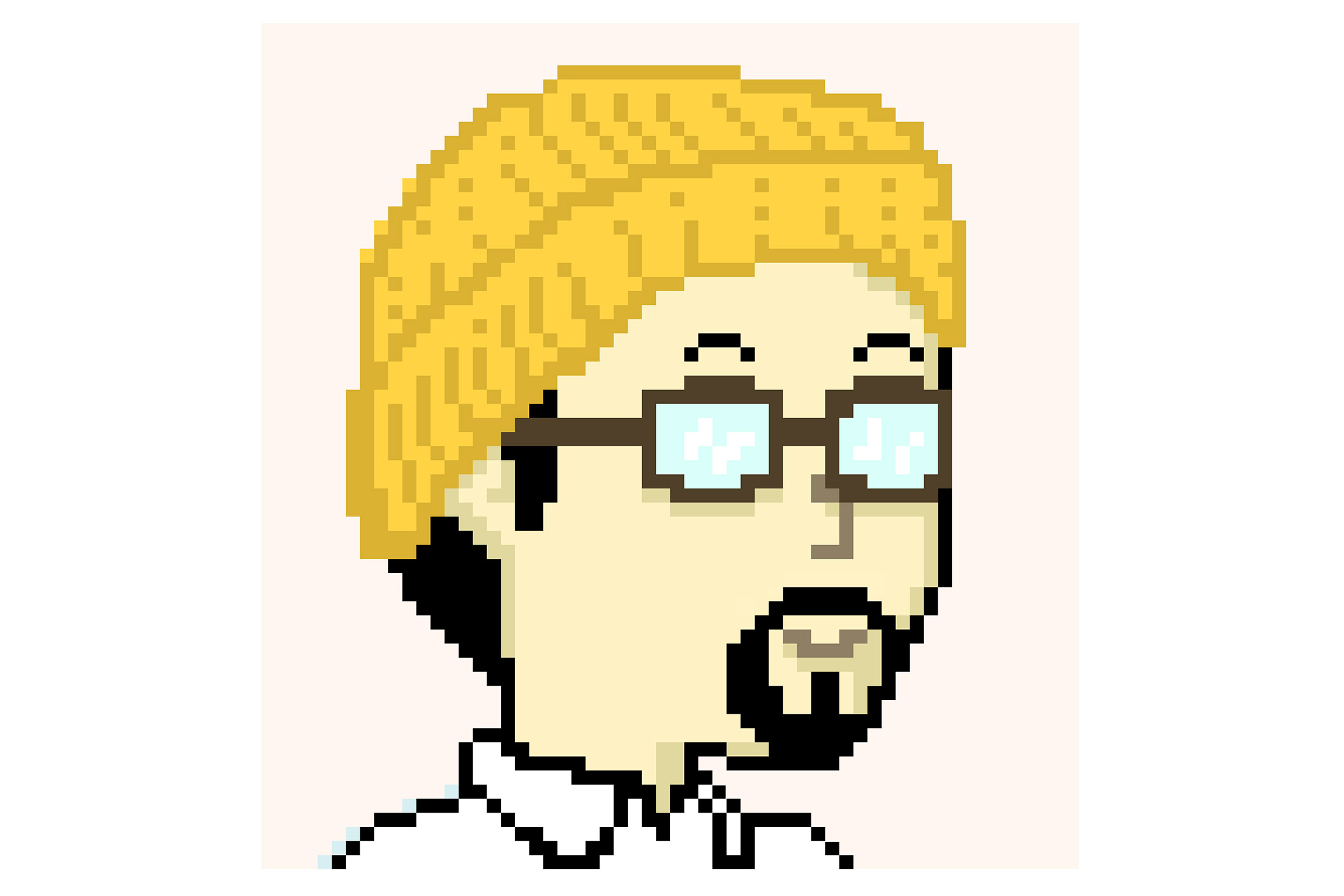 As for his art pursuits, Mak, who has an infant daughter, Ruby, said, “This is just me when the lights are out, work’s done, the baby is asleep and I still have creative work that I want to get done. When I’m not recording music, I am working on stuff like this. When I’m not doing either, maybe I’m reading a book.”