This weekend, the actor is up for his first best actor Golden Globe nomination for the hit limited series. 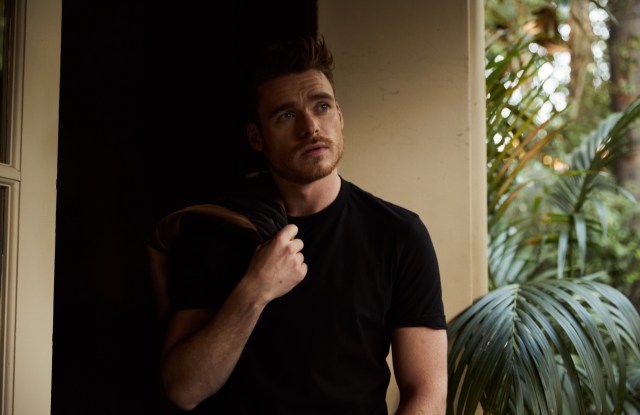 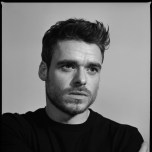 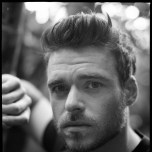 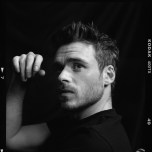 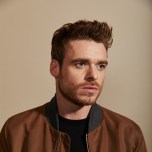 It’s been a crazy past few months for Richard Madden. Like many, he had a chance to unwind at the end of the year — he spent Christmas with his family in his native Scotland — but now, at the start of the new year, it’s back to work. The actor will be in L.A. this weekend for the Golden Globes, where he’s up for his first best actor Globes nomination for his leading role in the runaway hit limited series “Bodyguard.” The show broke records for the BBC last year, drawing the highest launch numbers for the channel in over a decade with its August premiere; the finale ended up as its most-watched show for the year besides the World Cup. The show premiered Stateside on Netflix in October and, needless to say, it’s been a hot topic of conversation.

“It’s completely unexpected,” says the actor of his nomination; the show is also up for best drama television series. “We did a little TV show in the U.K. for BBC, which [took] a lot of people a lot of effort and commitment. And then suddenly it did very well here, and then transferred really well to America. And that’s not something we expected at all, never mind the Golden Globes attention.”

Madden plays war veteran turned bodyguard David Budd, who’s assigned to protect the U.K.’s controversial home secretary as she pushes for a surveillance state in the midst of a spate of terrorist attacks. The twisty thriller peddles in moral ambiguity, which Madden points to as a factor for why he thinks the show has resonated so strongly with audiences worldwide.

“Everyone’s in a bit of a gray zone,” he says. “And sometimes these characters’ motivations change, and I think that’s what makes everyone in it seem so human — it’s not as clean-cut as you see in other dramas, where we can tell who’s bad and good. I like to think that’s why people are resonating with it, because within all of that people connect with the humanity of these people.”

The show also aims to create a nuanced depiction of PTSD, and the reaction to his portrayal has been a point of pride for Madden. “I think we’ve shed a different light on [PTSD] that’s maybe not so conventional. It’s something that can be very subtle and a very day-to-day thing, not a one dramatic moment to the next,” says Madden. “The response of having the show has been amazing, from having ex-servicemen talk to me and finally [for the condition] to be recognized. So that’s something I’m quite proud of.”

Although originally filmed as a contained limited series — six episodes and done — fans have been excited about talk of a possible second season. If it does happen, though, it’s unlikely to be anytime soon. Madden and show creator Jed Mercurio spoke about the possibility a few weeks ago, and agreed to take a breather this year to mull over ideas.

“I think that what’s going to make it work if we do another season is that we’re going to take time to work out what’s the best way to serve this story,” says Madden. “And do justice to the audience that stuck with us in the last one, because we couldn’t possibly go in and do the same thing again.”

For the time being, Madden’s taking a similarly patient approach to finding his next role, with nothing specific lined up. He’ll next appear in the Elton John biopic “Rocketman” in May as John Reid, a role he considers important in meeting his goal of taking on new and different roles and utilizing a different skill set as an actor.

“I get to play a bit of a villain, which is great because a lot of times I play the good guy,” he says of playing Reid. “I’m lucky enough to be moving away from being a son and more into being a father in terms of the age of roles and weight of characters I play, so I’m really excited to be moving into that zone, and hopefully [in 2019] I can continue pushing forward with that.”

“I look back at my career so far and I’m like, ‘OK, I’ve played many incarnations of Romeo in different ways, shapes and forms,'” Madden says. “And I’ve played the sons a lot, kings and princes and that kind of thing. And that’s been brilliant, but I’m very much going to make a conscious effort now to — I’ve done those roles. I’ve literally played Romeo twice,” he adds. “I’ve gone from ‘Bodyguard’ being what it is to I’m singing and dancing in ‘Rocketman.’ I’m happy to play around and do different things, but I’m happy to not be the young prince anymore.”

Looking at Ruth Bader Ginsburg Through a Sartorial Lens