Bonnae Gokson on Refreshing Sevva and Her Formidable Fashion Career

The swanky restaurant and bar from Hong Kong's most fashionable foodie reopens with great drama.

HONG KONG — In many ways, it was every host’s worst nightmare. It was a mid-November day that Bonnae Gokson had scheduled to meet WWD to talk about her restaurant-bar Sevva, and  immediately following she was to host a glittery reopening party for the venue. But that day, political protests, which had been agitating the city for half a year, abruptly sparked — this time, clashing in the heart of the city’s financial district. The streets just downstairs from Gokson’s venue were barricaded with angry police and protesters, tear gas spreading heavy through the air.

The performers who had flown in for the reopening had already dressed and gone through hair and makeup when word was sent out: the party was off.

It was only the following week that Gokson was able to sit down to discuss the relaunch of her concept: a swanky 9,000-square-foot space on the 25th floor that’s become a favorite among the city’s bankers and socialites alike for its spectacular views of Victoria Harbor. The party couldn’t be restaged but if Gokson was in bad spirits about the cancelation, she didn’t show it.

These days, she is best known as the maestro behind Sevva, but Gokson first had a flourishing career in fashion — one that, at the outset of her restaurant venture stirred up some sniping.

“My goodness, when I first opened [it in 2008], I heard that some people said ‘she’s from the fashion field and she spends so much money she’s not going to last more than two years,’” Gokson said.

Taking a beat, she offered slyly: “Welcome to my 11th year.” 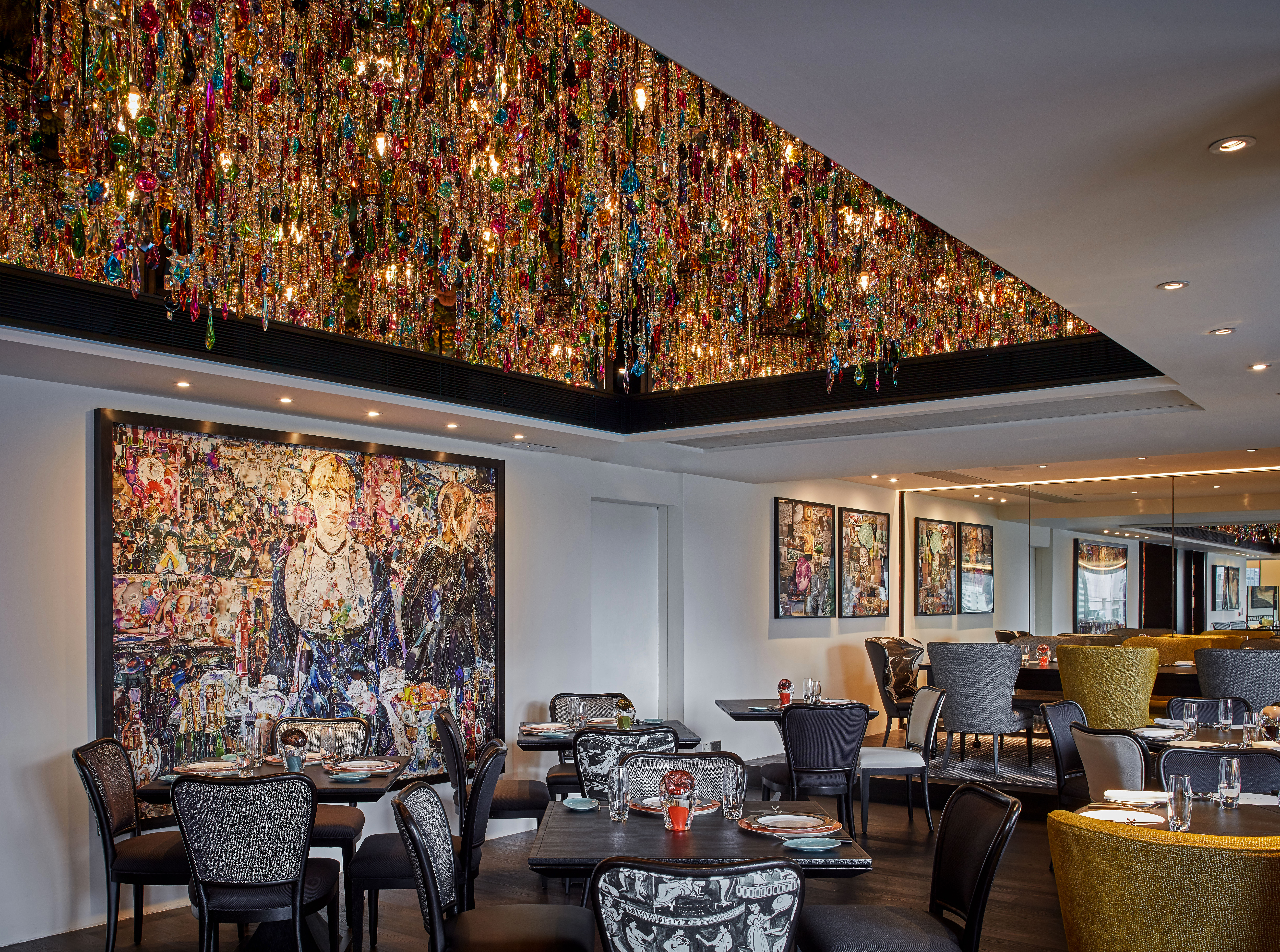 A sea of chandeliers replaces what used to be a flower dome at the newly renovated Sevva.  Courtesy 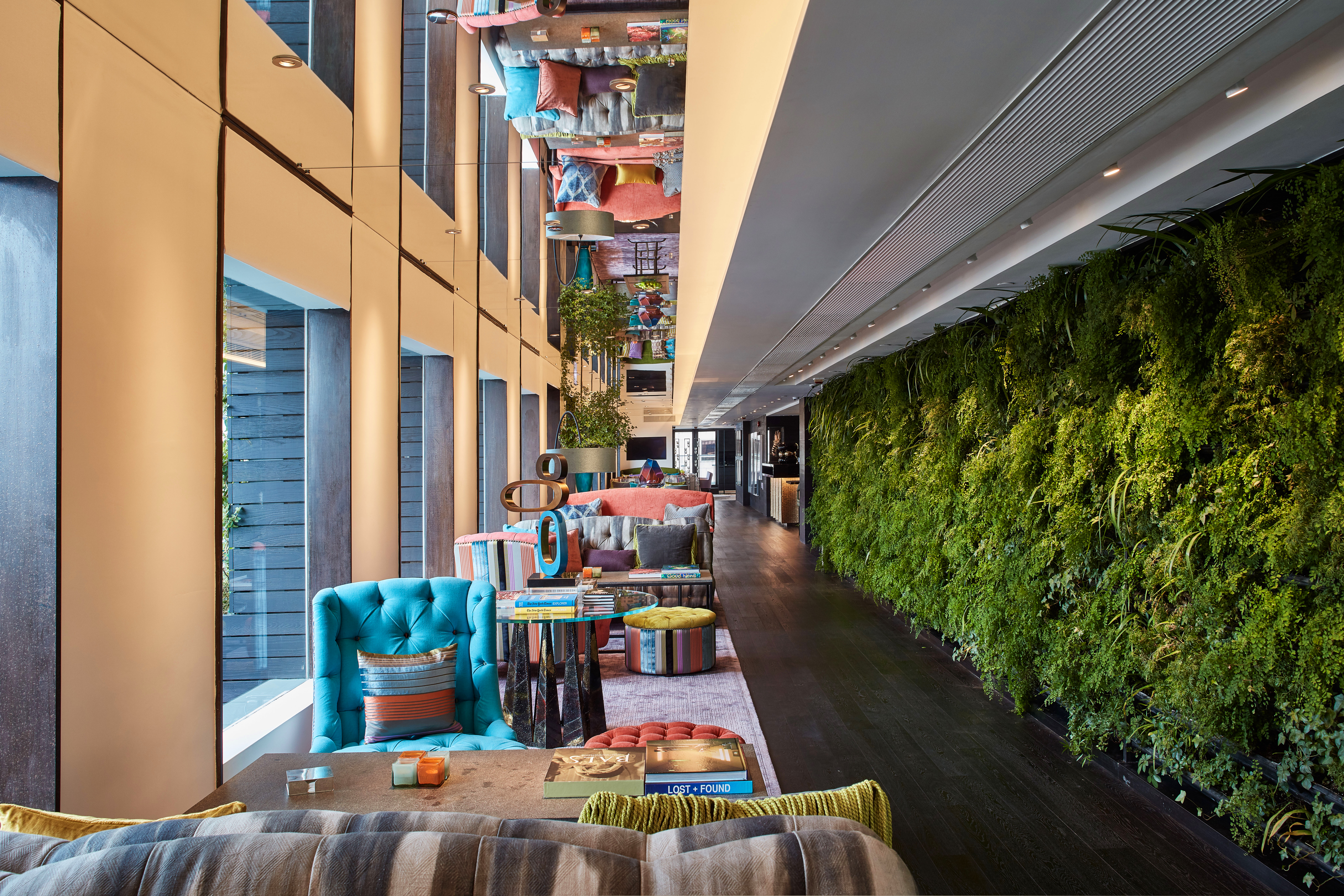 A fern wall remains but the furniture was reupholstered to give the restaurant a fresher look.  Courtesy

“We’ve had people from all different walks of life. President Clinton was here, we’ve had different royalty and sheiks here, J.Lo was here, Sting was here. But never mind about name dropping; it’s a very casual glam place,” she insisted.

To most, the idea of presidents and pop stars would be the furthest thing from casual. But it’s very well that Gokson means it, having lived all her life in the stratosphere that is high society.

“My whole life I’ve been in fashion, because my grandfather actually was in retail himself,” Gokson explained, “and he started one of Shanghai’s biggest and most luxurious department stores called Wing On, when Shanghai was the Paris of the East.” The stores still exist in Hong Kong, but her family is no longer involved and the chain has taken on a more mainstream positioning.

She was also instrumental in the establishment of the pioneering Hong Kong retailer Joyce, founded by her sister, Joyce Ma, in 1971, which was sold to what is now The Lane Crawford Joyce Group.

“My sister brought in all these major brands [to the Hong Kong market], Prada, Giorgio Armani, Dolce & Gabbana, just so many; we had everything under the sun. In those days, it was just Joyce — for example like Barneys was to New York.”

Later in her career, Gokson was the Asia-Pacific communications director for Chanel. Gokson counts Iris Apfel and Vera Wang among her friends, both of whom helped provided forewords for her coffee table books. And when it came to promoting one of the titles, she did it with a party thrown by Ralph Lauren at his Madison Avenue mansion. 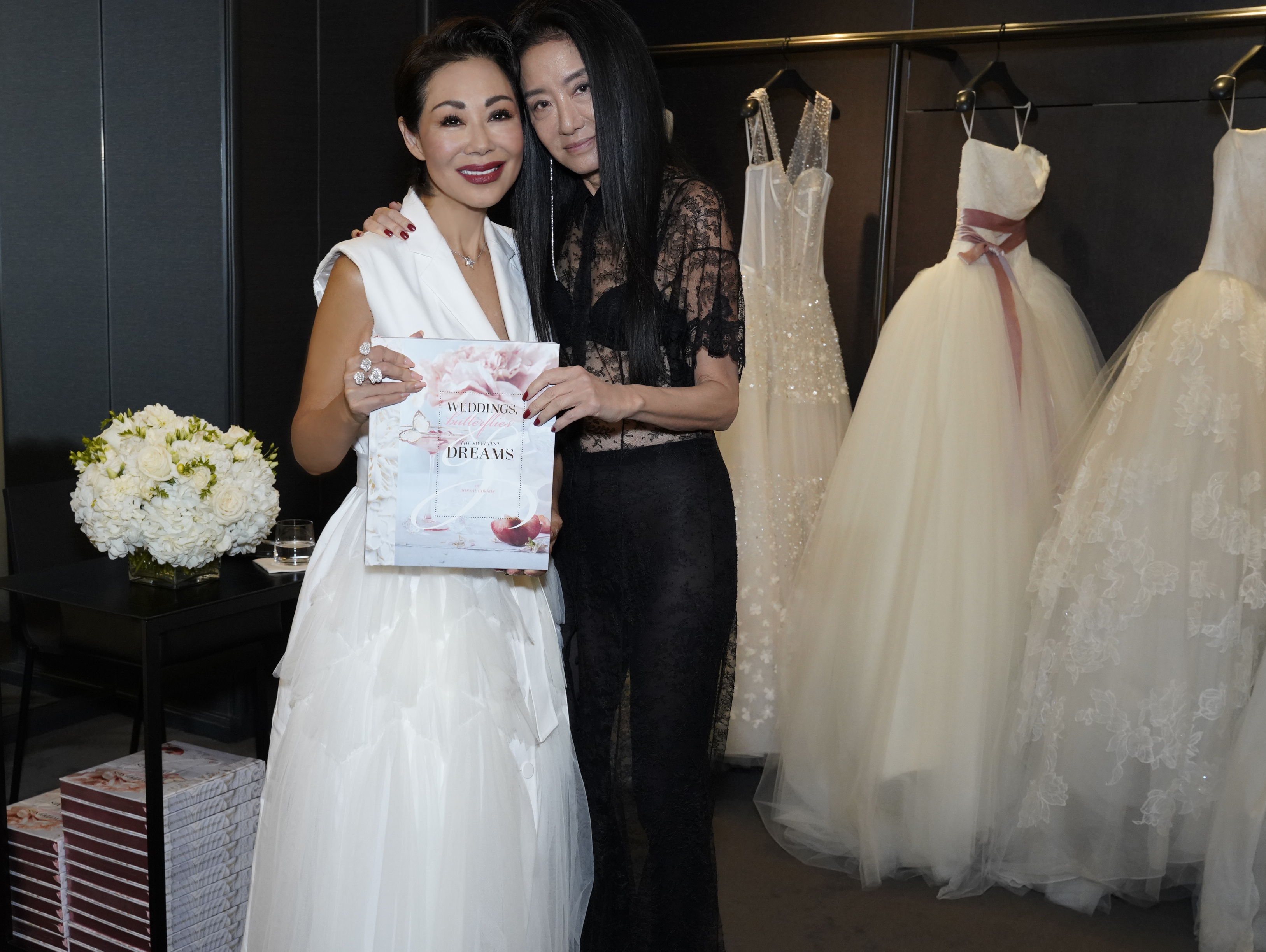 Today, in addition to Sevva, Gokson owns Ms. B’s Cakery, a specialty bakery known for exquisitely beautiful confections, and C’est La B, a café-bar spin-off of the bakery.

Started in June and completed in October, the renovations at Sevva may appear somewhat subtle, deceptively so, as the entire place was gutted.

Gokson handled the refreshed interiors, scouring showrooms in New York and London for fabrics and furniture. “I just updated. I reworked all the jewel tones for the fall and things like that. It’s a refresher, but to us it was pretty major; we had to lift up the floors, which people would not know.”

She wanted the place to be stylish, warm and timeless, rather than have everything brand new. Most of the furniture was reupholstered with fabrics from around the world. “For example, I picked a piece from First Dibs and added it there,” she said, pointing out a table nearby, “but I wasn’t going to change a lot. I didn’t want anything too slick or too modern; this is like a little oasis to a lot of people when they come to Central.”

In another room facing the harbor is the showstopper; she replaced what had been a floral dome of silk flowers into a sea of 36 chandeliers comprised of over 70,000 multicolored crystals that Gokson had custom made. Some new artwork has been added in this room, and wallpaper in an alcove depicting a Russian ballet was hand-painted in Lake Como.

A wall of live ferns remains; it required moving the 300 plants to her sister’s home, which is temperature-controlled year-round, and then bringing them back after the renovation. “They were all moved to her dining room because she wasn’t staying there, she was in her house in London. We really gave a lot of love to the plants. They are like babies, they are used to air conditioning. They’re very spoiled; they’re from Belgium.”

At Sevva, Gokson is entrenched in the details, down to the choice of music, the crockery, menus and food presentation. “I’m very highly involved because this is my little baby. I mean seriously, I’m just running it like a home. It’s about entertaining and I’m used to all that in my life.” 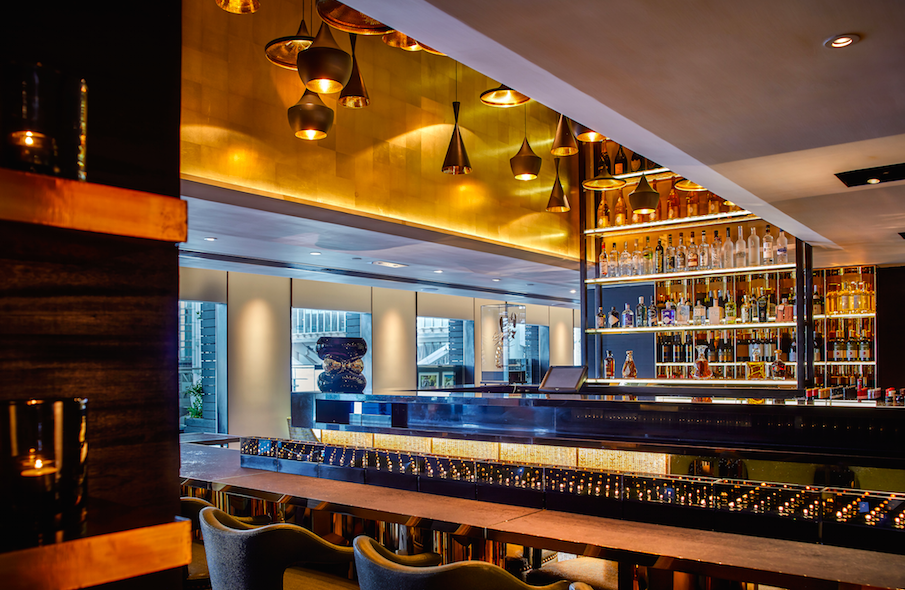 The bar at Sevva.  Courtesy

To update the menu, which is an international mix of Western, Chinese and other Asian cuisines, Gokson sent her chefs to work with celebrated chef Chase Kojima, a San Franciscan now based in Sydney who previously led kitchens all over the world for Nobu. Kojima developed some new dishes that have been added to Sevva’s menu, including a flame-grilled scampi with micro cress salad, and wagyu tenderloin with smoked eel juice.

But Gokson found that diners continue to opt for the classic dishes that have been there all along. “Even if you give them 100 more fabulous new dishes they want to go back to the old ones,” she said. “It’s like when I go to Ralph’s Polo Bar, what do you order? A pastrami sandwich.”

Gokson has fielded offers to open branches of Sevva from all over including London, Dubai, and Mainland China. So far nothing has felt right, and she worries about damaging the brand, but hasn’t ruled it out completely.

“It’s a service industry, so to find staff is most difficult. How do you maintain what people love about you, service, food, quality? So yes, and no, we’re still talking.”