Britain's next prime minister won in a landslide, with 66.3 percent of Tory party voters favoring him over rival Jeremy Hunt. 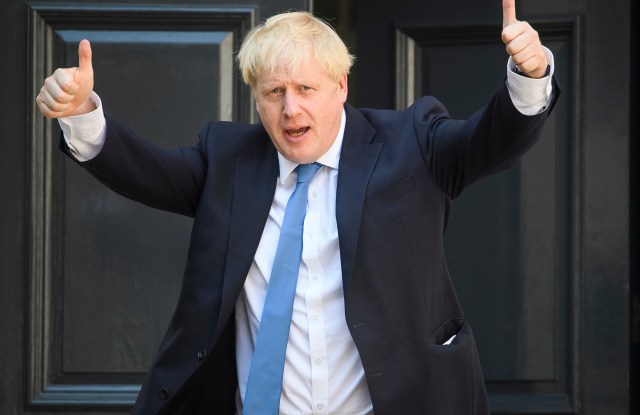 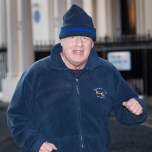 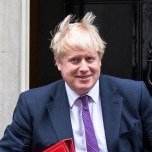 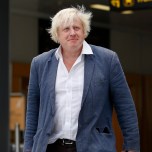 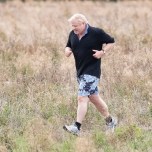 Adored by some, reviled by others, Boris Johnson was anointed Britain’s next prime minister on Tuesday after a landslide vote by Conservative Party grassroots members who turned out in force, and handed the candidate — known as BoJo — 66.3 percent of the vote.

An outspoken, often divisive character with a signature shock of buttery blond hair and a tendency to speak in the rhythm of his idol Sir Winston Churchill, the 55-year-old Alexander Boris de Pfeffel Johnson will take over the top job on Wednesday, after Theresa May leaves office.

Conservative Party members are hoping that Johnson will be the person who makes Brexit happen once and for all following May’s fruitless months of tug-of-war with the European Union and a series of inconclusive votes in Parliament.

Johnson is a committed Brexiter and, unlike many of his colleagues in Parliament, is unafraid of a messy, no-deal scenario, which may well happen if the EU refuses further negotiations with Britain.

Conservative Party members also backed Johnson because they believe he’s the only candidate who could win a general election and knock out another highly controversial figure, the left-leaning Labour Party leader Jeremy Corbyn.

Some believe that a general election could come sooner rather than later, in the autumn instead of next spring: Although Johnson may have the backing of Tory party members, when he takes office, he’ll be presiding over a divided, squabbling Parliament and working with a slim majority in the House of Commons.

He’s not going to let that get him down, however.

“Do you look daunted? Do you feel daunted?” Johnson asked the audience in Churchillian style during his upbeat acceptance speech Tuesday morning at the Queen Elizabeth II conference center.

“The people of this country are trusting in us to get Brexit done in a new spirit of can-do, and believing in ourselves.”

He said the mantra of his campaign would never be forgotten: “Deliver Brexit, unite the country, defeat Jeremy Corbyn. That is what we’re going to do. With energy. We are going to energize the country.”

Johnson then spelled out the slogan’s acronym, D-U-D-E, and declared “Dude! We are going to energize the country.” Later in the day, Johnson vowed to “love bomb” those Tory party members — and parliamentarians — who did not vote for him.

Johnson’s appeal is countrywide and cuts across generations despite — or maybe because of — his privileged upper middle-class background. He attended two elite institutions, Eton and Oxford, and was a member of the notorious, hard-partying Bullingdon Club, along with former PM David Cameron, when he was at university.

Even Johnson’s detractors would admit the man has an easy charm, enriched by a stream of self-deprecation, an endearing awkwardness, a seeming benevolence and a schoolboy’s love of Latin, ancient Greek, and British history. He’s a Monty Python character come to life.

The polar opposite of a po-faced, patronizing British politician, he’s short of political correctness and full of surprises. A former journalist at The Times (which sacked him after he fabricated quotes) and The Telegraph, he became editor of The Spectator, the right-leaning current affairs magazine. He has long been skeptical of Britain’s relationship with the EU.

Johnson has a lucrative contract with The Telegraph, writing a weekly column and sounding off about the “contempt” with which Britain is treated by the EU, his plan for Brexit and why university isn’t for everyone. People hang on his words, debate them, complain about him and wonder what outrageous thing he’ll say, write or do next, personally or professionally.

In a column last August, he argued against banning the burka, although he could not resist mocking it:

“‘If you tell me that the burka is oppressive, then I am with you,” he wrote. “If you say that it is weird and bullying to expect women to cover their faces, then I totally agree.…I would go further and say that it is absolutely ridiculous that people should choose to go around looking like letter boxes.”

While Boris may be a one-off in British politics, he is only the latest in a string of unlikely candidates with the common touch to take the reins of a Western government.

Italy has Matteo Salvini, America has Donald Trump and now Britain has Boris. And all three have a lot more in common than popularity, and a populist streak. There are, of course, the statement hairstyles, a propensity for scandal and xenophobic tendencies.

Not surprisingly, the American President has already endorsed Johnson, referring to him as “Britain Trump” and declaring, “He’s a good man. He’s tough and he’s smart. He’s going to get [Brexit] done. He’s going to do a good job.”

Johnson’s fellow Conservatives love him, warts and all, and clearly forgive him for his sometimes loose ways with money, broken promises, fibs and personal and professional embarrassments. Take the British-Iranian aid worker and mother of one Nazanin Zaghari-Ratcliffe, who is languishing in prison in Iran, accused of spying. After her arrest Johnson, when he was serving as foreign minister under May, mistakenly told the Iranian authorities that Zaghari-Ratcliffe was teaching journalism. Zaghari-Ratcliffe had been on holiday in the country.

Johnson has four children with his second wife, the lawyer Marina Wheeler, and one child, Stephanie Macintyre, who was born in 2009, the result of an extramarital affair. He wasn’t exactly in a hurry to recognize the child as his own.

Last September, Johnson and Wheeler revealed they were divorcing and the soon-to-be prime minister has since taken up with his current girlfriend, Carrie Symonds, who is more than 20 years his junior.

The British papers are already referring to her as the “first girlfriend,” although it’s unclear where that relationship stands after a loud argument at Symonds’ home that was leaked by neighbors to the press last month.

With or without Symonds on his side, Johnson has a rocky road ahead getting Britain out of the EU with a better deal than the one May was able to strike, and despite the fact that Europe doesn’t want to negotiate anymore. Key members of Parliament have already told him they will fight a no-deal scenario.

With Brexit at the top of his agenda, the pro-business Johnson will also have to win over retailers and other commercial organizations, especially if he plans to push through a no-deal scenario.

Asked to comment on Johnson’s appointment, the British Fashion Council said it wants to ensure that the fashion industry, which contributes more than 32 billion pounds to the U.K.’s economy, is protected “and that our designer businesses and the retail sector are still able to trade internationally, compete in global markets and secure the best talent to maintain our country’s reputation as leading in creativity and innovation.”

The BFC said it hopes the prime minister “will take this into account and that the government will work with us to provide the best possible opportunities for the sector.”

“We need to see swift action on practical, real-world issues, here at home, that hold businesses and communities back. Companies need to know, in concrete terms, what your government will do to avoid a messy, disorderly Brexit on the 31st of October, which would bring pain to communities across the U.K. and disruption to our trade around the world,” Marshall said.

The British Retail Consortium said with conditions “the toughest they have been for a decade,” the new prime minister must act to support the successful reinvention of retail.

“There are many pressing issues in retail and the wider economy, such as rising costs and weakening consumer demand, and we look forward to engaging with Mr. Johnson and his team to promote constructive solutions to these issues,” the organization said.

With a little more than three months before the Oct. 31 deadline, it’s a do-or-die moment for Boris, who will either defy his critics and deliver Brexit, or potentially lose his job to his rival Corbyn.