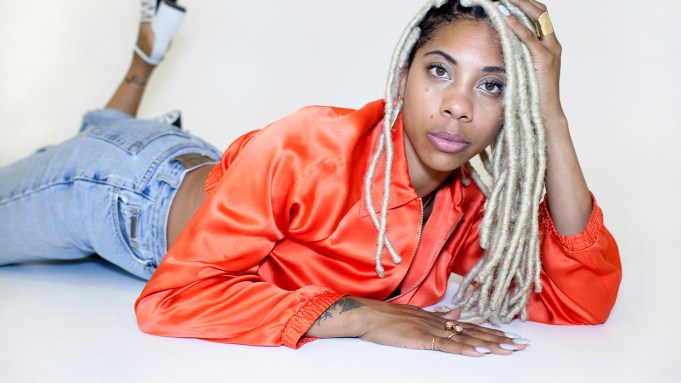 With the future of SoundCloud as nebulous as ever, it’s artists like Brittany Bosco who remind us why we needed it in the first place.

The singer, now 28, caught the music bug when she was a fashion design student at the Savannah College of Art and Design. She’d perform Kelis and Rihanna cover songs — “don’t laugh” — at a nearby club called Tantrum, but left the gig when her boss refused to let her sing original music. Shortly after, she quit school entirely, took the $400 she had to her name and hopped in her Nissan Xterra. Her mother was not pleased.

“She was pissed,” says Bosco. “I only had two semesters left. It was my senior year, so I was starting my senior collection. That was a decision — a big-girl decision — that I had to make so young. I just did it.”

She relocated to Atlanta, which initially served as the sounding board she needed. “People are open to giving you spaces to do events or pop-up shows, anything like that,”  she says. “It’s like a big test run. People are starving for culture.”  But for her newest project and second EP, the eight-track “b.,” she sought inspiration in New Orleans and Los Angeles, where she now lives.

Bosco’s sound is a melting pot of R&B, soul and alternative rock/pop. Her musical idols are Brandy, Sarah Vaughan and Pharrell, and she’s heavily influenced by her mother, a steadfast Christian, and her two starkly different aunts. “I had one aunt who would listen to Shania Twain, Dixie Chicks, Alanis Morissette and drink Coors Light, and then I had a hood aunt that had a hair salon,” Bosco says. “[She] would listen to Jodeci and Blackstreet and Brownstone and be putting finger waves in people’s hair.”

Aesthetic is as important to Bosco as her music. She wiped her Instagram clean ahead of the EP’s release today in order to craft a more curated presence — “I am really insane about visuals” — and has been working with a stylist named Kirby Ellis for three years. Like many nostalgic Millennials, she’s been on a Nineties wave and takes cues from old-school MTV.

In 2013, she signed to Fool’s Gold Records (A-Trak, Kid Cudi, Black Atlass). After a smooth single release, A-Trak messaged her on Twitter to see what else she had in her repertoire. She put out her first EP, “Boy,” in 2015, and followed it a year later with “Girls in the Yard,” a girl-power anthem for which she collaborated with DJ Speakerfoxx.

In July, SoundCloud announced that it was laying off 173 employees — a whopping 40 percent of its staff. The announcement sparked rumors that the streaming service, whose success stories include Lorde and Chance the Rapper, could shut down. SoundCloud insists that it’s not going anywhere, though the rumors still prevail.

As someone who got her start releasing music through SoundCloud, Bosco recognizes the importance of the streaming platform — especially for independent artists.

“Soundcloud was one of the only platforms besides Bandcamp that gave artists like me a chance to get my music heard and interact with fans,” she says. “For it to be possibly shutting down will not only stifle artists but it will dent our culture ahead of us. The majority of musicians beginning their careers do not have the knowledge or resources on submitting their music to streaming services such as Spotify, Pandora, Apple Music, etc. It’s about the community of music and the impact of reposting it that can change someone’s life.”

Domino Kirke on Doing It All