A snapshot of the scene at the exclusive venue at The Standard Hotel in NYC on New Year's Eve. 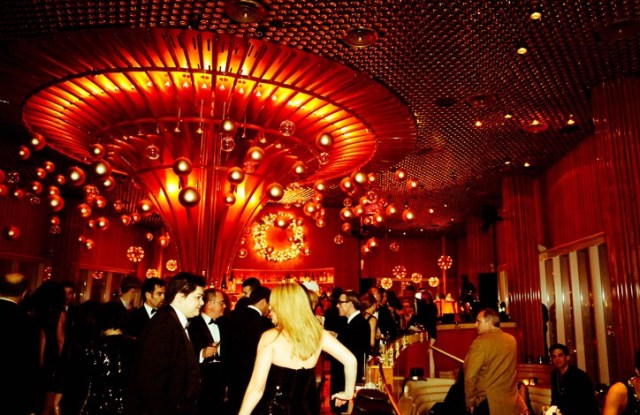 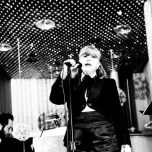 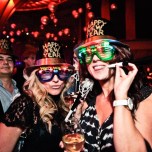 Even if you haven’t been to the Boom Boom Room, you know what it is. You know what it means. If you’re there, you’re beautiful. You’re important. You will be bathed in rose gold light and bask in the reflective glow of other people who matter while gazing on the panoramic views of New York. This is why, a year and half after opening, the Boom Boom Room remains the crown jewel of the city’s nightlife. Its shelf life, still robust. The Blake Livelys and Harvey Weinsteins, the fashion people, all continue to go because the Boom Boom Room is a star.

So it seemed for a grown boy in Manhattan, the Boom Boom Room was the only place to be when the New Year’s clock went ding ding.

“Even if Jay-Z were here, I wouldn’t be able to tell you,” says the hostess, although she knows there’s not a single person you’ve heard of on the 18th floor of The Standard hotel at 11:30 p.m. on Dec. 31. To be fair, Marianne Faithfull, the evening’s headliner, is the only high profile sighting promised to those who have paid $250 to get in, $500 per person for a table. For another $250, you get Champagne, too.

Yet, as one woman observes, there are “probably more straight guys here than this place has ever seen.”

That said, her tone indicates she was a little disappointed with the offer: finance guys, analysts and the like, Euro guys wearing scarves and velvet blazers, even a few grandfathers. And who could blame them for being there? On a night like this, civilian men, who might not fare so well in the battle waged at the notoriously tight door any other day of the week, can come on in, as long as their wallets are out. They must be the working class heros that Faithfull was singing about earlier in the night when the room was populated by tuxedos and heads full of gray hair, all of them waiting for it to become the Boom Boom Room.

Hours later, and still no notables. But here comes a dude in a white tuxedo jacket with an entourage of skinny girls in backless dresses that are not the work of Proenza Schouler. By the end of the night, he’s dancing in the window, bow tie gone, shirt undone, performing for the pit of ladies at his feet. Not bad for $750.

Down the bar is a middle-aged Australian who, in jeans and a sweater, could have wandered in from the Outback Steakhouse. He has a room at the hotel, to which his wife has already retired, leaving him free to proposition whomever he chooses — or at least try. As the clock approaches 3 a.m., he and two 23-year-old men, one tall, one short, both in dark suits, skinny ties and Gucci loafers, vie for the attention of a 30-year-old in a tight black dress. But an Australian accent is no match for the magic question: “Do you need a drink?” Also, the tall one has cool glasses.

There’s a handsome, dark-haired Swede, early 30s, who struts his way through the crowd before stopping at a blond in a leather dress.

Then his ID card is out. She can’t understand his name, three words full of Ns and Ss, and won’t remember it anyway.

None of this surprises The Standard. “As many of the regulars of the Top of The Standard do not stay in New York during the holidays, we were not necessarily expecting the room to look the same as it usually does,” says a public relations woman for the hotel the following Monday. “We did have a lot of our regulars join us, but most of the room was compiled of chic guests from all over the world who flew in to the city for the new year.”

No one is more aware of the nouveau crowd than the bartender. When asked for two glasses of Champagne, he doesn’t fill up two flutes but splays a drink menu across the bar and points to the price, a move about as subtle as asking if gratuity is included. Luckily for him, it is.