Boys’ Night Out With Diplo

Wesley Pentz, aka Diplo, the globe-trotting DJ-producer (and ex-boyfriend of M.I.A.), chats about Beyoncé and fashion at the Ace Hotel. 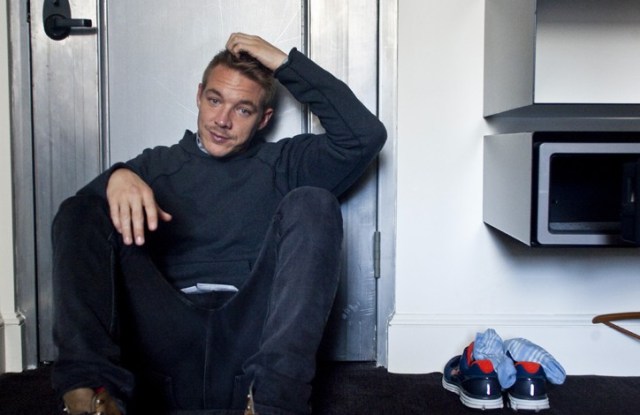 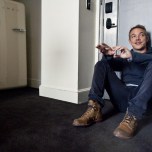 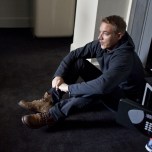 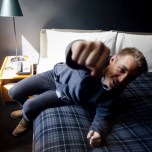 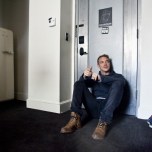 There is no need to bring up M.I.A. to Wesley Pentz, aka Diplo, the DJ-producer-ex-boyfriend who was instrumental in her success. Pentz will do it on his own. At first it’s complimentary in a conversation about Coachella. “I saw M.I.A. play there two years ago and it was probably one of the most amazing shows I ever saw,” he says. But then: “Last year she played, too, and it was kind of lame.” Ask him if they’re friends and the answer is, “No, no, no. Not anymore. No one in my camp talks to her anymore. She’s kind of really gone crazy.”

It’s been three years since “Paper Planes,” the song from M.I.A.’s second album “Kala,” hit critical mass. You couldn’t escape it after it was used in the trailer for “Pineapple Express” and “Slumdog Millionaire,” and it’s arguably the biggest hit for both M.I.A. and Pentz, who wrote and produced the track. They had a contentious breakup, personally and professionally, and Pentz still has plenty to say about her. “She got famous off ‘Paper Planes,’ ” he says. “She had already thrown in the towel when that record came out. Before that, she was like, ‘I’m retiring. I’m going to marry this guy, f–k it.’ Then ‘Paper Planes’ blew up and she was like, ‘Oh sh-t. I gotta take advantage of this. I’m actually an artist now.” Her follow-up album, which Pentz had little to do with, was not the success everyone was expecting. Then there was Lynn Hirschberg’s scathing New York Times truffle French fry story, which depicted M.I.A., whose lyrics are filled with references to Sri Lankan terrorists, as a political poseur living in a Brentwood, Calif., mansion. Pentz’s quotes validated Hirschberg’s thesis. He is still not above saying I told you so.

“Maya left herself open for attacks,” he says. “She’s not an easy artist to criticize because she’s very left-leaning, she’s progressive, she’s a woman. She’s good in a lot of aspects, but when it comes to die-hard, facts-on-the-ground politics, she’s at zero. She’s nothing. I told her at the beginning of the third record, like, do not bring politics into this. Obama’s the president, for one. You just can’t glamorize terrorism, it’s not cool.…You can’t hide behind that sh-t. But she totally did. She didn’t have a plan B. I told her from the beginning, it’s not going to work. And Lynn Hirschberg just ate it up. If she didn’t, the critics would have ate her up anyway because the record wasn’t good.”

Pentz has moved on, professionally at least. A few days before Beyoncé’s new single “Girls (Who Run the World),” which Pentz produced, leaked, he’s at the Ace Hotel, where he stays when he’s in New York because the owner gives him a rate. One would think that working with Beyoncé is kind of a big deal. “I mean, a lot of people would jump at the opportunity,” says Pentz. “For me, it’s just another thing I work with. Beyoncé is one thing, this punk band I worked with is one thing. They’re all the same to me.”

The underground is more Pentz’s thing. Which is why those who don’t read Pitchfork, or go to warehouse parties, or think a mixtape is something you made for your high school girlfriend, might not be familiar with his work. Or at least they don’t realize that they are. When he’s not deejaying for 6,000 kids at a paint party (apparently the new foam party) in Philadelphia, which is where he’s headed the day after I met him, he produces radio-friendly hits for singers like Robyn and Chris Brown. All that money goes into funding his indie label Mad Decent, which reps artists including Blaqstarr, J-Wow (not to be confused with J-Woww of “Jersey Shore” fame), Rusko and Depressed Buttons. Ring a bell?

If not, you might have seen Pentz in a recent BlackBerry commercial, in which he’s shown globe-trotting from gig to gig in a suit, which is his go-to look lately, all the while staying connected via his trusty smartphone. When we meet, he’s wearing an American Apparel button-down over a Das Racist T-shirt, jeans, red Paul Smith socks and Red Wing boots. Fashion is a growing interest of his. “Look how dope these ties are,” he says, showing me his collection of Native Son ties, which he got for a discounted price of $12. Pentz had spent the morning at a photo shoot for W magazine with Alexander Wang, who cast Pentz in his spring 2011 T men’s campaign. Wang’s been a Diplo fan for a while. He saw Diplo perform in a basement in Brooklyn a few years ago and opened his spring 2010 show with a song from Major Lazer. “Right now he’s someone you know more for his work more than you know his face, which I love,” says Wang. “But it’s only a matter of time before he won’t be able to walk down the street.”

Pentz is getting more attention lately. Major Lazer, which is a hip-hop-reggae act fronted by a Jamaican GI Joe-type cartoon, is being developed into a series for Adult Swim on the Cartoon Network. Pentz, who grew up in Florida but got his start in music while attending Temple University in Philadelphia, also filmed a pilot for the Travel Channel, which has been temporarily shelved. He is constantly on the road. Tonight, New York, tomorrow in Philly; Lancaster, Pa., after that, then on to Wesleyan and Trinity colleges, then Spain, Germany and Belgium.

Pentz has an odd sense of humor, somewhere between sarcastic and juvenile. When I tell him I’ve been to Lancaster before, he asks me if I’m Amish. When I ask him if he flies commercial, he says, “No, I fly business class,” then goes on to imagine situations in which he might fly private, such as if he were hired to perform for Muammar Gadhafi. “I want to get in there before it’s all over,” he says. “I’ll be like, I wasn’t checking out the news. Beyoncé did that.”

On the table in his hotel room are two laptops covered in stickers, a half-finished bottle of Brooklyn Lager and a Polaroid of a girl in a prom dress, who Pentz has plans to hang out with tonight. I remark on how young she looks (she’s wearing a prom dress, after all). “She’s 25, not five, but thanks for saying that,” Pentz shoots back.

Back in Los Angeles, where he lives, Pentz has a seven-month-old son named Locket with his girlfriend. They met four years ago through the band Black Lips and started talking. “She got pregnant,” he says. With his travel schedule, he spends about a week each month in L.A. and the girlfriend and the son are on the road with him “very rarely,” he says. “Like, I need a tour manager to do my own shows. I don’t want to have to be responsible for two other people. I can’t even be responsible for myself.”