Boys’ Night Out With Harry Josh

The hairdresser to the stars won't dish on his famous clients — Gisele Bündchen, Rose Byrne, Ashley Olsen — whom he also counts as friends. 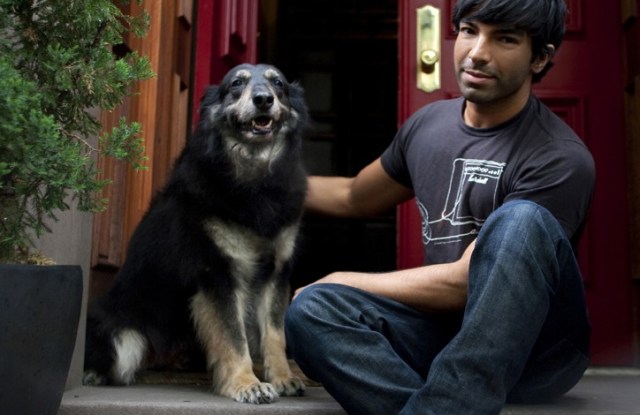 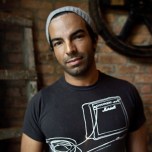 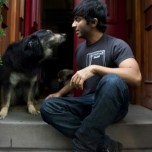 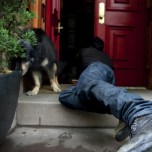 Long before Oprah Winfrey popularized the practice of cutting out and pasting up aspirational images in the name of conscious motivation with her endorsement of “The Secret,” Harry Josh, hairdresser to stars, was taping pictures of Christy Turlington, Helena Christensen and Linda Evangelista to his wall in the two-bedroom home he shared with his parents, aunt and uncle and cousins in a Vancouver suburb. “I thought one day I’m going to be doing these people’s hair and they’re going to be my friends,” Josh told me when we met for brunch on a rainy Sunday two weeks ago. Evidence that Josh’s dream has come true is everywhere in his West Village apartment, where he had asked me to stop on the way to the restaurant because his two dogs were constipated. Woof!

“Feel free to snoop around,” Josh said. On the mantel in the living room were the type of framed photos commonly found in a girl’s college dorm room, extreme close-ups and group shots of Josh flanked by drink-wielding friends at parties, or with his dogs, or all dressed up on Halloween. Except in Josh’s pictures the lanky blonde in the Wonder Woman costume was Gisele Bündchen, with whom he is “very, very close friends.” “I was one of the few people invited to her wedding,” he said. “There were, like, five people. I was one of the five. That’s how close we are.”

Bündchen is just one of Josh’s many high-profile clients-turned-friends. There are the models, like Amber Valletta and Shalom Harlow, whose hair he dyed black back in the day. And then there’s the Hollywood faction — Kate Hudson, Fergie, Gwyneth Paltrow, whom he flat-ironed for the Oscars.

Once a year all of Josh’s pretty people converge for his annual Spring Fling party — held the weekend before the Met gala. Spring Fling has been around for a decade and was hosted this year with Nur Khan, but Josh swears he’s not a party person. A typical night involves friends like Rose Byrne, Ashley Olsen and her boyfriend, Justin Bartha, coming over for wine and charades. “Everyone who is a friend of mine, or, like, a best friend of mine knows that Harry Josh does not go out,” he said. “Like, ever. I get invited to a billion things. I just don’t go because I know the vibe that it’s going to be at the party. It’s going to be uncomfortable; people are never themselves.”

Spring Fling was conceived as the antidote to the fashion parties where “everyone is too cool for school.” The key to getting all the pretty people to let their Josh-styled hair down is simple: deliberately cheesy music. “I refuse to play anything cool,” said Josh. “Like, think wedding reception.” Oh, and no press (with the exception of this year’s 10th anniversary). “That’s when you lose everybody,” he said. “That’s when the so-called golden names disappear because they’re like, ‘I’m not going. It’s work all of a sudden.’”

If he’s guilty of name-dropping his famous clients in the interest of self-promotion, that’s as far as he’ll go. The hairdresser-as-therapist paradigm holds true in his case. Just imagine all the gossipy intel Josh must have. But he will not dish. Not even on the monster of a stylist who fired him from the set of a photo shoot for not being able to curl hair properly, or the troubled pop star who wouldn’t let him near her nasty weave, nor the divisive subject of Tom Brady’s hair. “I’ve never touched it,” he says. “No opinion.”

The idea of a fabulous hairdresser who is as eager to bond with his rich and beautiful clients outside the salon brings to mind Warren Beatty’s hound dog who has a way with scissors in “Shampoo.” Josh has all the vanity — he’s 40 but looks 30 thanks to his facialist, Christine Chin, and a seven-day-a-week gym habit that he splits between David Barton, Tracy Anderson and the lowly Equinox on Greenwich Avenue for when he’s feeling lazy — but the similarities stop there. He is a chipper chipmunk for whom women — no matter how famous, fabulous and glamorous — will always just be friends. But Josh would like to let the men out there know that “I’m single and ready to mingle.”

There was a moment Josh realized that hair was his potential ticket out of the childhood he remembers as “hell on earth” and into his current reality. “I remember looking through a Vogue magazine and seeing an outtake of someone brushing Cindy Crawford’s hair somewhere and it just hit me: Wow. Someone gets paid to do that. And when you’re from a little local town they don’t tell you that’s a career option. They’re like, you can be a nurse a doctor, an engineer. But they don’t tell you that you can be a glamorous hairdresser in New York City and travel the world with supermodels.”

But the road from outcast son of immigrants in an all-white town to the guy throwing the party everyone wants in on was a long one full of grunt work, groveling and unfortunate prom hair. First, Josh moved to Miami in 1990 with a portfolio full of “updos and tendrils.” He put on his sunglasses and a two-piece silk jumpsuit from Benetton and hit every agency in town only to be brutally rebuffed until one agent finally took pity on him and set him up as an assistant. A year later, the same thing happened in New York, where he was reduced to wash-and-blow-dry boy at Oscar Blandi and Peter Coppola. He caught a break when he had Julie Mannion, co-president of KCD, in his chair and persuaded her into giving him an internship. Eventually he gave up hair to do casting full time, which means unlimited access to models. “They started hanging out at my house, and I’d be like, ‘You should get bangs’,” said Josh. And they’d be like, ‘What do you know?’ And I was like, ‘Actually, I kind of do hair.’”

“Harry is one of the first people I met when I moved to New York and he became one of my closest friends,” said Bündchen, whom Josh said that he met when she was a skinny fit model for Richard Tyler. “The first time he colored my hair was in the sink at his apartment. Now 12 years later he is still doing his magic.” Josh takes credit for creating the light ends/dark root look that Bündchen is known for.

Eventually Vogue got word that Josh was operating an underground model hair lair out of his fifth-floor walk-up. The rest is history. He’s been a John Frieda ambassador for six years, though he’s rarely in the salon. “I have like a 300-person waiting list,” he said, daring me to call for an appointment (I did, and was directed to e-mail his assistant.) He’s been on Oprah twice. TV is the next move for him, if he can find the right show. Bravo, the cable Mecca of fashion-beauty reality television channels, has come courting but with concepts too trashy for Josh.

“I’d want to be a on a show that has heart,” he said. “I wish there was an ‘Extreme Hair Makeover,’ like the show ‘Extreme Home Makeover.’”