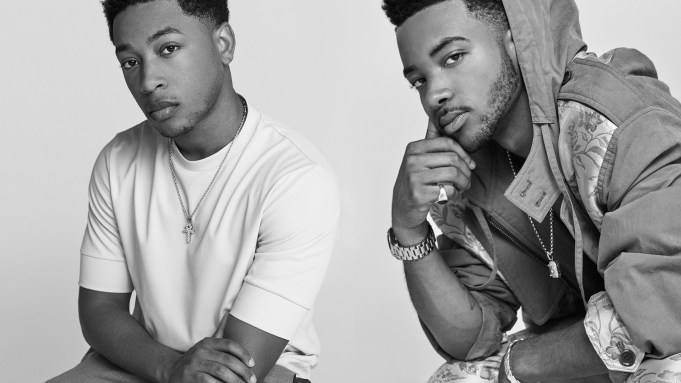 If you’ve made it to an early screening of “Detroit” — which screened in select theaters last week before opening nationwide today — and have yet to find your words in the days following, you’re not alone in that experience.

“They haven’t been able to walk out of the theater, and been able to talk,” says cast member Algee Smith of how press and audiences alike have reacted. “They leave the theater speechless.”

The film is director Kathryn Bigelow’s follow-up to “Zero Dark Thirty,” and tells the true story of what happened in the Michigan city during the 1967 riots; its depiction of police brutality and racism is hitting a chord with present-day audiences.

“It was emotionally draining, physically and mentally,” says Smith of the filming process. “We had to breathe so hard and take ourselves to such dark places that I was hyperventilating, the way I was breathing. But you have to put yourself in that moment to get that image.”

Alongside an ensemble cast of John Boyega, Will Poulter, Anthony Mackie, Kaitlyn Dever and John Krasinski, Smith and costar Jacob Latimore are having their breakout moments with the film. The two play Larry Reed and Fred Temple, respectively, boys in a Motown band trying to hit it big when they find themselves involved in the July 1967 incident at the Algiers Motel, which led to the death of three African-American teenagers.

“It was probably the most unique audition that I had ever been in,” Latimore says of landing “Detroit.” “[Bigelow] was like, ‘I want you to make up a song. How would you guys create a song right now?’ So everybody starts singing, making up melodies and lyrics. Then, all of a sudden, a cop bursts through the door. Boom! ‘Everybody get on the wall! Right now! Right now!’ And we’re just like, ‘What?’ And she’s still recording, getting all of our natural reactions. The cop is just patting us down, one by one, and turning us around. That was our audition moment, where he looked down the line and had a conversation with us. I left that audition like, ‘Look, I don’t know if I got this movie or not, but I have to tell y’all about this audition!’”

“I feel like that’s what solidified it,” Smith says. “Kathryn didn’t want us to come in with prepared actions, she wanted us to come in and give real reactions.”

A Milwaukee native, Latimore, 20, moved to Atlanta as a preteen, with hopes of making it in the music industry. A few years in, he signed a record deal with Sony RCA, which led him to an audition for teen hit “One Tree Hill” and then to his first movie role, “Vanishing on 7th Street.”

“There were lots of opportunities that came to me when I was younger, like doing ‘The Lion King’ play, but I wasn’t interested at a young age,” Latimore says of the move into acting. “It happened accidentally, and now I just hopped into it.”

Smith, on the other hand, grew up in Atlanta, and now calls Los Angeles home. His father was a touring guitarist with New Edition and saw something in his son at a young age, putting him in the studio before his 10th birthday. Both have continued musical careers alongside acting, though at the moment it’s their roles in the storytelling of “Detroit” that has captured audiences — and early Oscar buzz.

“No matter what color you are, the story touches you,” Smith, now 22, says. “Some people don’t want to see this type of story again, but we tried to explain that this is an educational story, this is a story for empathy, this is not to put anyone down or talk back to them. This is just the truth of what happened at this event.”

Latimore agrees. “The main thing we want people to feel is empathy — we don’t want people to feel guilty about it,” he says. “This is obviously a piece of history that we want to grow from and have grown from, but it is still unfortunately our reality in the news today. This is something that happened 50 years ago, and to see that things haven’t really changed, you get different opinions. Some people feel guilty and others feel deep empathy. People want to talk about it more and understand. I think that’s our goal: to educate, create empathy and create a dialogue. We don’t have answers to how to fix this issue, but I think it’s important that we talk about it and have an open discussion. It’s a raw, uncut, uncomfortable story, but it happened, and we have to move on and grow from those things as people.”

Still, the film has stirred controversy of its own over who actually gets to tell its story, given that Bigelow and the script’s writer, Mark Boal, are white. Smith echoes sentiments Bigelow herself has shared in defense of her role as a storyteller.

“My reaction to that is that we’ve seen time and time again what Kathryn’s storytelling can do — she throws punches and she gives them back. No matter what color you are, if you can tell a story and give peace and solace to the people who this actually happened to, I don’t think it matters,” Smith says. “As long as they give the truth.”