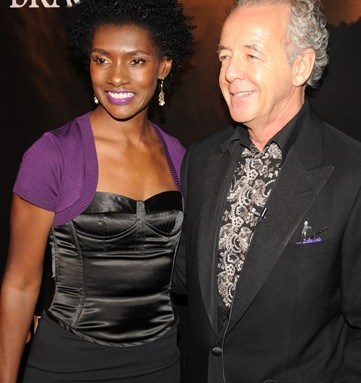 When it comes to diversity, it’s still a struggle within the retail and fashion industries.

That was the blunt truth conveyed by Gary L. Lampley, president of BRAG, the Black Retail Action Group, during his address at the organization’s annual scholarship and awards gala Friday night at Cipriani on Wall Street.

While the Bellinis were flowing and the dancing was spirited, Lampley’s speech set the underlying tone. “It’s time to change the behavior,” he told the crowd of nearly 500. “Unfortunately, people of color in executive positions do not reflect the population; not many women of color grace the runways of fashion week on a consistent basis. Designers of color do not have a major presence in retail stores and most of the ad campaigns out there do not speak to the enormous buying power of these important populations.”

BRAG works to foster diversity, supporting student scholarships, internships and job placement. “While the student programs appeared to be sound, when I listened closely to our members, they wanted to know how they could advance in their careers and be connected to all the various career opportunities the industry has to offer,” said Lampley, who has been with BRAG for 20 years in various capacities and became the organization’s president last April. “Industry representatives and sponsors wanted to know where all the diverse talent was and how they could do a better job at retaining the people of color in their organizations. The numbers are dismal, if not abysmal, in terms of diversity and both sides have different accounts of why change hasn’t happened.” The truth, he believes, is “somewhere in the middle.”

Also during the event, J.J. Thomas, a BRAG board member and human resources executive who is retiring after 43 years at Bloomingdale’s and helped bring diversity to the forefront, was honored. Also, Best Buy’s employee diversity training conclave, held at the former Lorraine Motel in Memphis where Martin Luther King Jr. was assassinated, was featured in a film clip. The motel is now the site of the National Civil Rights Museum.