After being catapulted into fame five years ago with his first big project, "13 Reasons Why," the 26-year-old actor now mulls what kind of a career he wants next.

The first dog was Charlie. Brandon Flynn, then in his early 20s, had just arrived in L.A. for his first project out of undergrad, “13 Reasons Why,” and, feeling empowered by adulthood, went up to Oakland “not even really looking for a dog.” As those visits tend to go, he came home with Charlie, a mutt.

It’s fitting then that his newest arrival, a cross between a Chihuahua, miniature poodle and German shepherd he calls Little Mo, who sleeps just on the edge of the Zoom frame from Flynn’s Los Angeles home, comes at the next big moment of pivot in Flynn’s life. After four seasons of portraying Justin on “13,” which has become a mega hit for Netflix, Flynn said goodbye to the role this past June, when the final season debuted on the platform.

He’s kicking off the next phase of his career with a few projects on the horizon — he’ll be seen this fall in Ryan Murphy’s “Ratched” — but in the meantime, he’s celebrating this new, post breakout role Brandon with a bit of a DIY changeup: blonde hair.

“I think it was kind of a relief,” he says, fidgeting with a toothpick between his teeth, a move familiar to the many followers who have watched his Instagram videos while in lockdown. “Like whatever happens, I’m not Justin anymore. I’m not involved in the industry right now in terms of prepping for a role. I’m just Brandon.”

These days, that Brandon is trying to figure out the big questions of life, while examining where he fits in the world and how his career might look moving forward. He’s been glued to “I May Destroy You,” which he says “defines culture and defines stigma and defines humanity,” he’s been reading, and he’s been “obsessing” over what his hobby is (or should be): guitar, meditation and vegan cooking are all options but haven’t really stuck. He’s mulling pottery, or maybe woodworking.

“Ideally I’d love to just wake up and play tennis,” he says. “But I don’t even know how to play tennis.”

Each week he and the same small group of friends go downtown to protest at the Hall of Justice to demand that the district attorney be removed from office, “because she’s done such a poor job at holding any of the police force accountable for the murders of Black lives that have occurred in L.A. County.” He’s become a supporter of the L.A. Youth Division of Black Lives Matter, and is marveling at the good that can come from Instagram — a platform he was always told was most functional in getting the attention of Hollywood higher-ups.

“That’s been an interesting ride right now in terms of what’s just been shaken up in me, and I think countless others. And how to go about that. How to go about using the platform I have,” he says. “I’ve been doing a lot of thinking as to what that even means. For so long in my industry, I’m told that they’re looking at my followers for the job. It’s been five years of me being in the industry and I don’t know if I booked any jobs because of my Instagram followers. So, what is this platform? It was so simple, now, in what’s been happening, to use it to amplify voices. Now there’s more discussion with myself about how I amplify my own voice and belief system.” 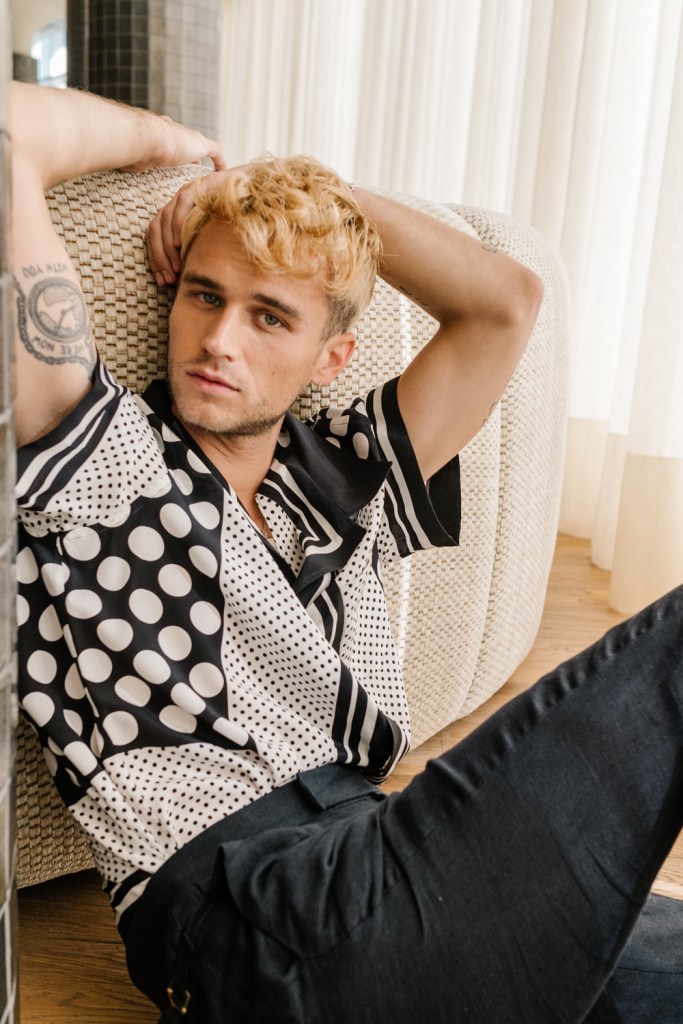 Even before the pandemic put a pause on everything in the industry, Flynn had planned to take the year to take stock of where he wants to go next.

“I felt like it was time. I did,” he says of the conclusion of “13 Reasons Why.” “It made sense, like four years of high school. That’s good.”

Flynn was fresh out of Rutgers when he booked “13” and was quickly swept into the young Hollywood world of Netflix fame. Now at 26 and done with the show, he’s looking ahead for the first time properly (for one, has hired his very first publicist) and trying to make sense of what his career might look like.

“When I started ‘13 [Reasons Why]’ I had no idea what this job looked like,” Flynn says. “It’s such an interesting thing when you start working and the work involves your passion or your craft. Something that I’ve spent so much time garnering and flexing but never being paid for, or never turning into a career. Now that the show has ended, I have a little more time to think about like, ‘Oh s–t, Brandon still has a career that needs to be tracked and looked at and examined, how do we keep going?’”

It’s an interesting time to be reevaluating your trajectory, as the entertainment industry mirrors the nation at large in holding itself accountable in the face of the Black Lives Matter movement.

“There’s purpose behind telling stories. I think my eye is leaning more toward finding work that has purpose behind the story. I think actively engaging with my power on set and with the power of change as well and the power of demand. People want to see themselves in stories. People don’t want to see the stories that Hollywood has decided are the stories about those people. Through an archetypal lens. Through a trope. I think that’s exciting,” Flynn says. “I think not only in lockdown has it inspired a lot of people to move towards more purposeful storytelling, but I think in regards to a problem that this nation has been experiencing since its formation…I don’t want to speak for others. I just know for myself, I’m interested to see what work is going to start being made, what work is coming out from this time right now. And how I can be involved in it.”

Yes, there is talk around a few projects, but for the most part he’s listening.

“I’ve been pretty solid about this year being a year to regroup and rethink. And strategize with a p.r. team and just figure out ‘what do I need to be doing? What needs to be next?’ And seeing if it aligns with what I want to be doing,” Flynn says. “I’m so lucky to be in this position. To think four years ago, I thought I would continue to wait tables and maybe do some off-Broadway work. I’m in a home in LA. I have the dogs, and I have the ability to just sit and read scripts that come and read books that I want to and just take the year to think.” 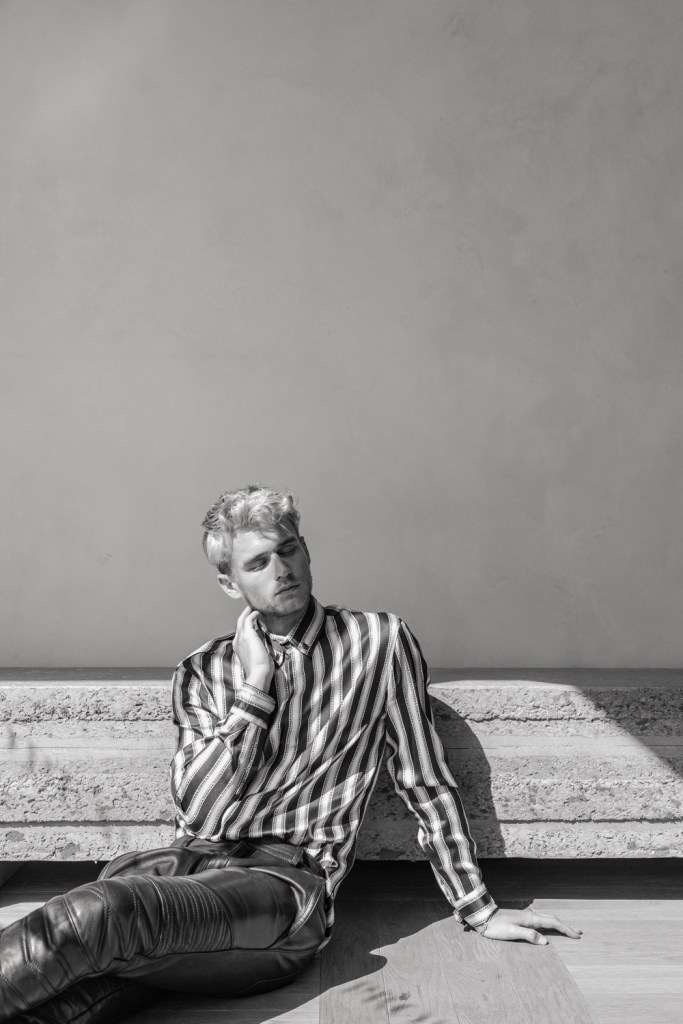