The Biggest Breakouts in Film of 2017

Kathryn Newton, Timothée Chalamet, Laura Harrier and Tom Bateman all made their mark on the silver screen this year. 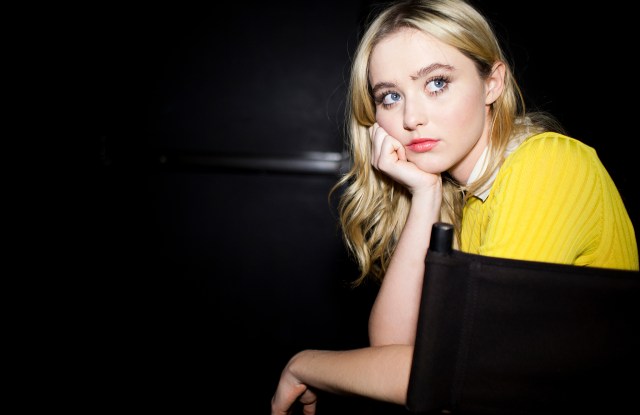 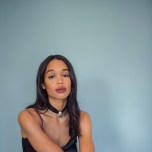 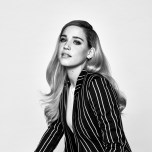 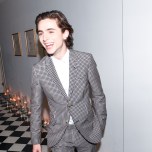 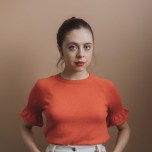 Despite television’s rise in popularity with online streaming networks like Hulu and Netflix, traditional film remained an influential medium in 2017 with a fresh crop of young actors delivering emotional and thought-provoking performances.

The year’s breakout talent included 21-year-old Florence Pugh as the lead in “Lady Macbeth,” while 26-year-old Lakeith Stanfield gained attention in the buzzy social satire “Get Out,” and Timothée Chalamet had a stirring performance in “Call Me by Your Name,” which earned the 22-year-old a 2018 best actor nomination from the Screen Actors Guild.

Here are highlights from WWD’s interviews over the past 12 months with this year’s most talked-about new film stars, the names of whom will undoubtedly be heard more often in years to come.

“To get the call that you’re the lead in a Steven Spielberg movie was just mental. Everyone is at the height of their field and Steven is so unbelievably skilled and generous and kind. I got to do loads of stunts as well, which was really empowering and cool.”

“For me, it’s all about smaller character-driven pieces, about finding a person that I connect with, and that I’m interested in bringing to life. I’m reading a lot of stuff right now and I’m kind of interested in finding what speaks to me.”

Before getting her screen break, the actress was attending college in Italy and studying psychology while acting on the side, “just for fun.” Deciding to pursue acting on a more serious level, Lutz moved to L.A. and took the stereotypical restaurant gig while auditioning for roles. The call for “Rings” came when she was back in Italy. “I self-taped for it. I got back three months later to L.A. and I didn’t even think it went through, but they called me to do a second audition, and then a third audition.”

Timothée Chalamet, “Call Me by Your Name”

“The amazing thing about reading ‘Call Me by Your Name’ and then the idea of actually getting to play it, is the idea that as [you are] playing a young person on the verge of sexual awakening, there’s little behaviorally where you can go wrong.”

“I love doing comedy, but it’s hard to find comedies with any substance,” says Powley, who is convincing as the awkward, maladjusted title character. “The fact that the film was directed and produced by women was very attractive to me.”

“It’s a romantic adventure, I like to call it, but it has a little of everything — we got to explore chemistry, relationships, action, adventure.”

“I feel like just being flexible with what you make is superimportant.”

Her next film is a project called “Fighting With My Family,” based on the life of WWE star Saraya “Paige” Bevis, whom Pugh plays. “I filmed that literally a couple of months ago [after ‘Lady Macbeth’]. [It was] mad. Utterly mad. And so different to ‘Lady Macbeth.’ But I learned how to wrestle, so I’m so safe in clubs, you know. I can take someone.”

“Exciting” is how she describes the arc of her acting career. “It was strange doing that transition from teenager to more adult roles, but I think it just makes it more exciting.”

“I asked [Kenneth Branagh] if he wanted me to put on a French accent, and he said, ‘Under no circumstances do I want to hear your horrible French accent.’”

Lakeith Stanfield, “Get Out”

“I like to watch people, because I think it’s just so interesting how humans are, how they can just look at you with a straight face and say ‘I love you,’ and be thinking something completely different. It’s just an interesting game of hide-and-seek and deceit and peekaboo, the human social interaction. I like to study that obsessively. I can’t watch movies normally anymore. I’m watching them like a mathematical equation. I guess I’m just obsessed with it.”

“You have to have a lot of skills when you act; you might not have it when you start, but you definitely end up with a few skills along the way. Like recently I had to learn roller-skating and cheerleading for a week for this one scene. Maybe if I get this one [part], open water swimming.”

Andrea Riseborough, “Battle of the Sexes”

“[Misogyny is] with us every day, it’s something that I go out into the world bracing myself against on a regular basis. It’s just rampant in the film industry.”

“Knowing what I want to do [with my life] at age 20 is the luckiest thing about all of this. Success or no success, I’ll always have that passion and drive and [understanding] that this is what I want to do.”

“I’m really close to my parents. I still live at home. I’m just pretty much a normal kid.…I’ve always just been a normal kid.”

“He is the most loving person,” she says of [“Bright” costar Will Smith]. “He’s got that reputation in the industry for being a beautiful, kind, compassionate person to work with and it’s true. He walks into a room and he lifts everyone up.”

The Nineties: Celebrities Who Defined Their Decade