It’s been an action-packed few months for the editor, who is celebrating her 20th anniversary year at the helm of Condé Nast UK’s flagship title. 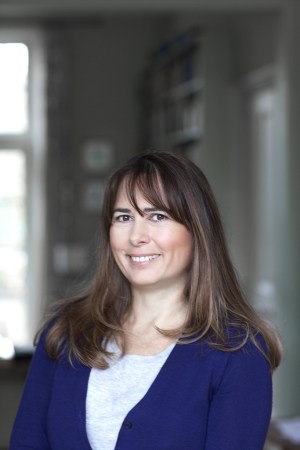 It’s been an action-packed few months for British Vogue editor Alexandra Shulman: Friday and Saturday she’ll raise the curtain on the first annual Vogue Festival, a two-day fashion-focused event for the public in London, and earlier this month she produced her first novel.

“It wasn’t the most brilliant of ideas: editing the magazine, organizing the festival and writing a novel at the same time,” says the 54-year-old Shulman from her powder pink corner office at Vogue House in London. “I don’t know how I did it.”

It’s also her 20th anniversary year at the helm of Condé Nast UK’s flagship title with a circulation of 210,806 — but she’s not paying much attention to that particular milestone. “I’m not a great one for anniversaries, and I don’t feel anyway that it’s been 20 years. I’m much more interested in engaging what’s to come,” says the soft-spoken, low-key Shulman, who could not be more different from her headline-grabbing colleagues Anna Wintour and Carine Roitfeld, even if her version of Vogue is said to be one of the most profitable in the entire company.

She doesn’t like calling attention to herself: Her novel, “Can We Still Be Friends” (Fig Tree), isn’t autobiographical, and it’s not about fashion. Anyone looking for a Condé Nast roman à clef or the editor’s bite back to “The Devil Wears Prada” won’t find it here.

“It’s very much about friendship — and about what you thought life would be like but not necessarily is,” says Shulman.

Set in the mid-Eighties, it follows three young female friends in their early 20s who’ve recently graduated from university and are tackling their first jobs. The skinny, feisty one is a newspaper reporter, the gorgeous husband-hunter works in lifestyle p.r. and the third — a rich, earnest hippie — dedicates herself to saving the kids on London’s streets. For the trio, life is big, wonderful, scary — and littered with question marks.

Shulman says she remembers well that strange territory between late adolescence and proper adulthood. “Your jobs are precarious, you don’t have your own family yet and you have this feeling of floating. I can remember that time in my life when I had no obligations or responsibilities. I could have traveled anywhere,” but there was never any money, and no friends available to go, she says. “That age comes with its own set of problems. You are so free, but I never felt free.”

Shulman hails from a family of writers. Her late father, Milton Shulman, was a well-known theater and film critic, and her mother, Drusilla Beyfus, is a journalist and author, and has spent much of her life with a pen in hand. After graduating from the University of Sussex, Shulman began her career at Over-21 magazine, and has worked at Tatler and the Sunday Telegraph. She was named editor of GQ in 1990 and then took the helm of British Vogue in 1992, at age 34.

Writing the novel, she says, was a welcome relief from the day-to-day demands of producing a monthly magazine.

“The thing I really enjoyed was that it had to do with me, just me. My day job is not about me but about putting together a group of people to get the job done. And I am at the mercy of people: agents, features editors who don’t like the same writers as I do. With the book, I had the luxury of sitting down and it was just me and the words. I learned a lot, and I still have a lot to learn.”

Shulman says she enjoyed the process so much that she’s already thinking about her next novel, and hoping her idea will work. In the meantime, it’s back to the day job, and a whole new territory to explore.