‘Brittany Runs a Marathon’ Tells the Story of Us

Colaizzo's directorial debut and Bell's first time in a starring role mirrors the narrative arc of a real person's life.

Jillian Bell and Paul Downs Colaizzo on set for "Brittany Runs a Marathon."

When the director and Broadway playwright Paul Downs Colaizzo talks about his directorial debut, the film “Brittany Runs a Marathon,” he stays relatively focused on his experience making that movie: working with the lead actress Jillian Bell, shooting in New York City, premiering it at Sundance — where Colaizzo had to ask the theater manager to turn up the movie’s audio because the audience was laughing so hard. But at this moment, he’s making a sharp left turn by reciting a quote from fellow playwright and novelist Thornton Wilder.

“‘Film is the story of them, and theater is the story of us,’” he says via Wilder. Colaizzo is known for his 2012 play “Really Really,” which transferred to New York in 2013 and became nationally recognized, nominated for multiple awards and ultimately won the Charles MacArthur. He didn’t care about film until he was in his mid-20s; he says he always enjoyed seeing the story of us more than the story of them. Before that, he was always watching the plot of a film unfold, thinking to himself, “Well, this is predictable.” And it was this feeling that led him to write “Brittany Runs a Marathon,” which he conceived based on the story of his friend and former roommate Brittany in 2011, while he was simultaneously working on “Really Really.” He wanted to make a movie that would flip the traditional female transformation narrative on its head. 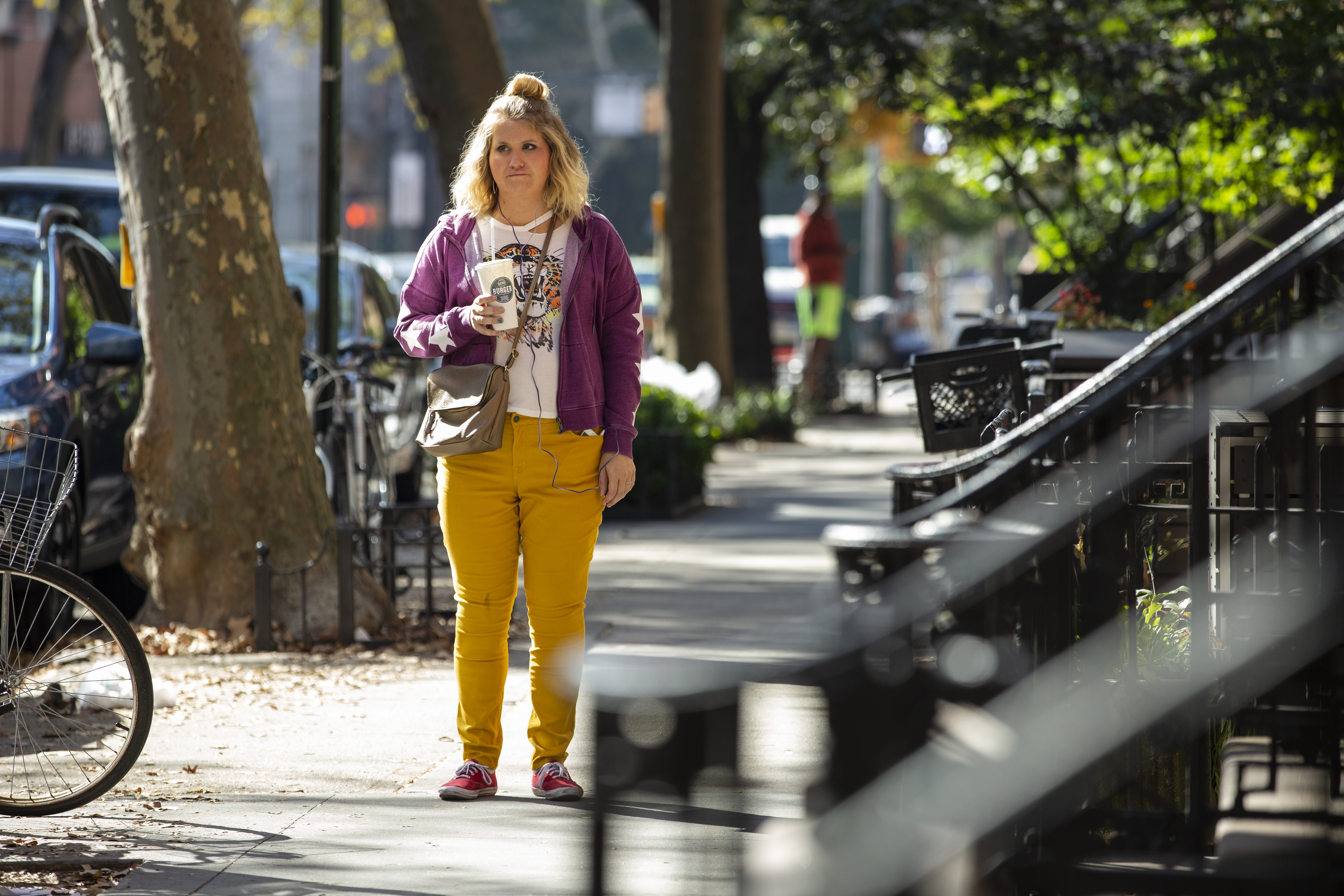 Upon first watching the trailer for “Brittany Runs a Marathon,” the viewer is tempted to relegate this film into typical rom-com, before-and-after-photo territory: Brittany, played by Bell, is a late-20s degenerate who chugs beer and spends most of her days sleeping before going out at night again. She visits a doctor hoping to finesse a prescription for Adderall, but instead receives a rude awakening from the physician: he suggests she lose 40 pounds and pursue a healthier lifestyle. Heeding his advice, she takes up running and begins training for the city’s marathon. Here’s where any preconceived notions of what this film is stops.

Brittany’s experience with bettering herself by trying something new isn’t a rapid ascent to success with a final picture of her winning a trophy, standing next to a hot new boyfriend. It’s more grounded in reality, with stumbles along the way, and slow, incremental change taking place.

“And that’s the truth in life,” Colaizzo says. “My goal was when people left this movie, they saw themselves, able to see parallels between the character and the story of your own life.”

The funny thing is, while Brittany the character embarked on this journey of the self, so too did Bell. The actress, who’s written for “SNL,” and played in “22 Jump Street” and “Workaholics” usually takes on roles of the sidekick, or the comic relief. She’ll frequently come onto a project two or three months before it’s released, and plays the “villain, or weird woman,” she says. This time, however, she was the main character in a dramedy — someone with layers, emotional depth and contradictions. It was her first go at such a role, and Bell says she was intimidated by acting in every scene, taking the plunge as the star. But upon reading the script, she connected with the character — she realized she knew this woman, or perhaps she was this woman. It turns out Brittany’s narrative arc mirrored Bell’s own life’s story.

“With any type of project you’re working on as an actor, you approach it a certain way or there’s a certain message,” Bell says on a separate phone call from L.A. “For this, it just felt like a completely new thing. I was walking into something that had more dramatic elements than I’m used to. I was also physically on a journey, running for the first time. It was bigger than anything I’ve had to take on at this point in my career.”

“The concept of the film was taking actors and characters who are traditionally sidekicks and give them depth,” Colaizzo adds. “Give them more range of emotion to play within and ground them in ways that sometimes comedies don’t allow. We were trying to figure out what the characters’ physical actions were, what they were pursuing through the Aristotelian tenets of a drama, of a hero’s journey. We were just doing it with characters that were colorful and interesting and funny.”

The first few discussions Bell and Colaizzo had consisted of their relaying to each other just how scared and terrified and frightened they both were — the director was doing his first film, the actress in her first starring role. They ended up clicking so positively that Bell signed on to become a producer. They talked daily for almost seven months, discussing scenes, wanting to make sure every line had purpose and intention.

Bell said her experience on set wasn’t a totally new one just because of her status in the title role. She had to perform a series of physical and garment-and-makeup feats that required her to be on set as early as 3:30 in the morning. She’d go into glam first, where prosthetics would be put on her. Then, three women would help shove her into a bodysuit; they’d shoot a few scenes, first reading the lines word for word from the script, almost as though it were a play. Then, for a second take, Colaizzo encouraged the cast, which includes Lil Rel Howery and Utkarsh Ambudkar, to do it a little looser, seeing if anything new came up. For the third go ‘round, the director would start shouting out ideas from video village, allowing the actors to, as Colaizzo puts it, “try stuff.”

“With comedies, there is a good amount of improv, and we do have some of improv in the film, but not much,” he adds. “The cast would have an idea, we’d try that idea — it was like, now we’re getting our bag of colors.” 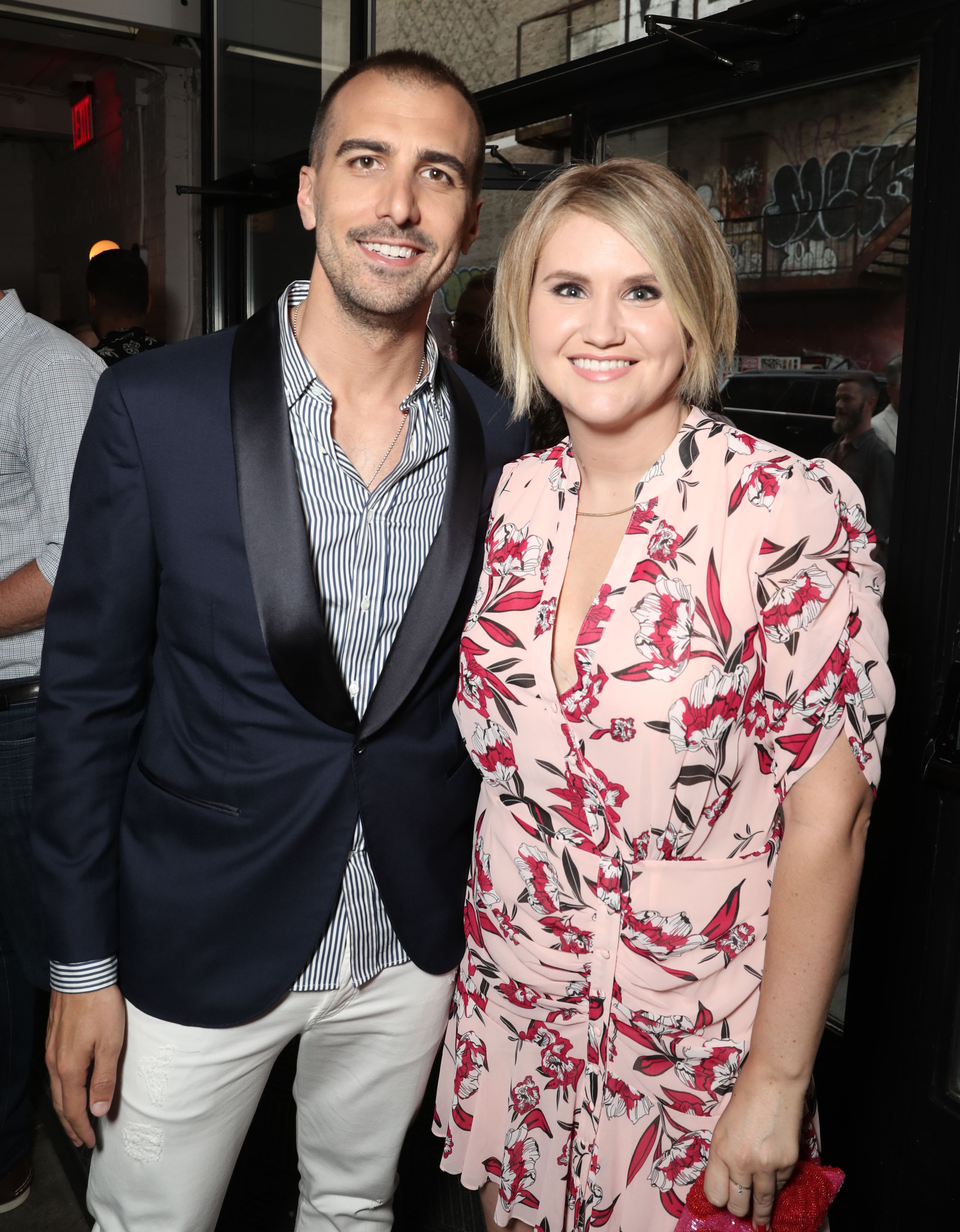 Paul Downs Colaizzo and Jillian Bell at a screening of the film at the Metrograph Theater in New York.  Todd Williamson/January Images/Shutterstock

Colaizzo grew up with parents who were into pop culture, and who introduced him to classic plays like “Les Misérables” and “Miss Saigon.” He loved the larger-than-life properties of a musical, the impossibility of a whole group of people breaking into synchronized song and dance. But he also loved sitcoms like “Friends” and “Will & Grace,” which depicted the mundane, the everyday. As a kid, he would record those sitcoms on his karaoke machine and listen to the tapes over and over again at night. But what really blew his mind was a movie. In high school, “American Beauty” came out; Colaizzo downloaded it illegally to his computer because he was too young to watch it in theaters.

“I saw a whole new world of storytelling that was both larger than life and an exposed read on our American society,” he says. “It changed how I looked at my own world and the possibilities of what was going on under everyone else’s veneer. The musicals, the sitcoms, then suddenly these movies that were accessible and also poignant and philosophical, informed what I started to make.

“To me, there’s a joyful irony to all of it. Life is ridiculous and also, we’re here, so you’ve got to enjoy it.”