With the latest journal in fine art bookstores, the photographer plans to debut his documentary about the actor Robert Mitchum, “Nice Girls Don’t Stay for Breakfast" in Paris. 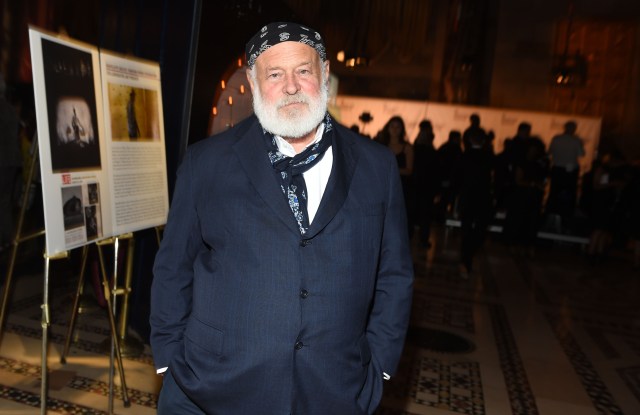 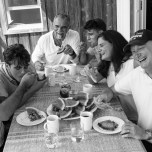 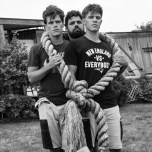 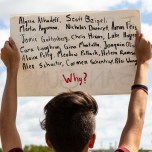 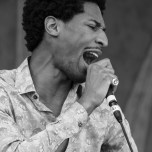 Bruce Weber will be back on the scene Tuesday night at the Paul Smith store in Manhattan’s SoHo, signing copies of the latest edition of the photography and literary journal that he and his wife Nan started years ago.

All-American Volume XVIII is titled “Facing the World,” and the name alone is pretty loaded. Given Weber’s past year, the title could be interpreted in many ways. (He is still dealing with the legal fallout from being accused of sexual misconduct by male models.) Referring to the title, he said, “Sure, definitely, definitely, and maybe that’s why I suggested it. You know what I mean?” he said. “I’ve had a lot of experiences this year, not just my case. I’m lucky. I have a big life. We lost one of our dogs that I loved a lot to a brain tumor. His name was Kodiak, named after the Kodiak bears in Alaska. He was am amazing dog, really brave, kind of like a real soldier. And a lot of my friends got sick this year. That’s what happens after a certain age. You see them struggling and facing things. It’s not easy.”

Weber said his eyes were “real tired,” having spent the previous hours editing photos in the natural light, while riding shotgun in a long-haul drive from Miami to New York. Fittingly, vision is one of the many undercurrents in the new issue, along with identity, immigration, belonging, gun control, the right to citizenship, the meaning of family, reverence for the past and the power of hope.

A hodgepodge of art and essays, old and new, readers will find enigmatic photos from 95-year-old “still working” lensman Tony Vaccaro. Georgia O’Keeffe peering through a wedge of Swiss cheese (part of a two-day assignment that turned into 40 days), Hubert de Givenchy gallantly exiting the driver’s seat of his car, and a startled Eartha Kitt are in the series, as is the fabled photojournalist W. Eugene Smith, eyes peeled in the streets of Rome. “Smith was like a hero when I started taking pictures. People thought he was difficult and weird. He lived in the Bowery in those days and then moved to the flower market. I said, ’Tony, what made him different?’ and he said, ‘I believe him to be one of the greatest humanitarians that I’d ever met.’ I think we all try to stride toward that a little bit, no matter what you do. Whether you write about science, nature, animals or crazy photographers,” Weber said, laughing.

Setting up a face-to-face meeting between Vaccaro and another nonagenarian lensman, Paolo Di Paolo, is on Weber’s to-do list, since the two elders adored Anna Magnani. A conversation in photos between Carlos Javier Ortiz and Dorothea Lange, meanwhile, reacquaints journal readers with issues like hunger and immigration, and reminds them of this year’s school shooting at Marjory Stoneman Douglas High School, which was “really close” to where Weber went to physical therapy after knee-replacement surgery. Images can eclipse statistics. Weber said, “Photography is a great catalyst for those kinds of things. It makes you kind of decide and learn something. It’s not what you think it is, but what it really is behind that.”

In fact, the whole premise of the issue is to look at the world with eyes wide open, and not just with navel-gazing new year’s resolutions. Weber said, “Facing the world is something that we all have to do every day — not just at the beginning of the year.”

New copies are being sold at Dashwood Books, Arcana and other other fine-art booksellers. While Weber spotlights his parents’ Francophile tendencies, boyish shots of Harry Connick Jr. and the fractured, but united Des Lauriers family, one of the other highlights in the journal centers on Girl Power founder Thema Campbell. Referring to the latter, he said, “The girls are just really proud. I liked the girls, I liked their attitude. I just think they’re pretty incredible women. I’m always with people who really spend a lot of time on glamour. They always ask me these questions like, ‘What’s beauty?’ I mean, God, that changes like every second, right?” Weber said. “The girls just reminded me of being at summer camp and not being afraid to play baseball or football. But these ladies have a rough time. They may come from families that are broken. But Thema is such an amazing person, they look at her and think she must be doing something right and they’re right.”

In terms of his own career, Weber was recently part of a group fashion exhibition and he photographed Drew Hemingway for Hercules magazine a few months back. “I’m just trying to write more and I’m taking a lot of pictures, a lot of pictures,” he said.

In February, Weber plans to debut his documentary about the actor Robert Mitchum, “Nice Girls Don’t Stay for Breakfast” in Paris. But that isn’t slated to overlap with fashion week. “I liked the way Bob Mitchum dressed, but I don’t know if anyone else did [laughs]. He wore big–shouldered suits. He used to say that he dressed like a bum kind of. I thought he looked pretty classy myself,” Weber said.

As for the ongoing legal woes with former model Jason Boyce, who accused Weber of inappropriate on-set behavior, Weber said, “I hope sometime soon that we have other things to talk about than that. I mean it’s court. It takes a while. There’s a lot of stuff you have to do.”

Declining to address any specifics about the case due to a yet-to-be-determined upcoming court date, Weber said, “You can’t talk about it so much but I still feel the same way about it. I trust myself, I know who I am and I know what the truth is,” adding that he hopes the case will go to court in the early part of next year.

He also declined to comment about how the matter has affected his career. As for whether the fashion system has changed and there is a safer working environment for models, he said, “Oh yeah, I think so. I want to say something about models. I was probably the first man or woman that really photographed men, and didn’t just give them a supporting role in photographs,” Weber said. “Also, I was really proud of my history in photographing women, because they all weren’t wearing a size one or two Chanel suit. Also, when I worked a lot for British Vogue, I would photograph girls very natural, or without any makeup. I would go on major trips with Elizabeth Tilberis or Grace Coddington and we wouldn’t even have a makeup artist. That’s sort of how I started, and that’s how I want to continue.”

Smith is not expected Tuesday, but he and Weber have been friends since way back. “There are certain people, who you bump into in your life and they just care about you. That’s nice. I think he liked my sensibility about America. In those days, America was a really different place than it is now,” Weber said. “It’s like the title for Vince Lombardi’s book, ‘When Pride [Still] Mattered.’ That was a great title not only for a book about football, but a book about the past.”