It’s Fourth of July week and Caleb McLaughlin, along with the rest of the “Stranger Things” cast, is headed to Italy. Not the most patriotic of celebrations, sure, but as the Netflix show continues on — season three is released Thursday — the fan base only continues to swell, with international viewers multiplying.

“It definitely is surreal,” McLaughlin, a New York native, says. “Each season it gets even more intense. I’m just glad I have the kids to experience this with.”

This summer, in addition to the attention that comes with each new season of “Stranger Things,” the actor hopes to surprise his fans — and earn some new ones — with the release of his music, a first for him.

McLaughlin, who is now 17, auditioned for the show back in 2015. “I was just really excited to be a part of a TV show. I was just happy that landed a series regular,” he says. “I felt that my life would change a little bit, I felt that I would gain fans from the show. But it’s just different now, just being in it and just going to award shows, being nominated and people calling me a legend and an icon. I’m like, I’m not a legend or an icon. I’m just an actor.”

Growing up he had no intention of becoming an actor, but went along to the local community theater with his younger sister for moral support.

“And I just fell in love with it from there,” he says.

He wound up spending two years on Broadway as Simba in the “Lion King,” a dream role for him once he became interested in theater. 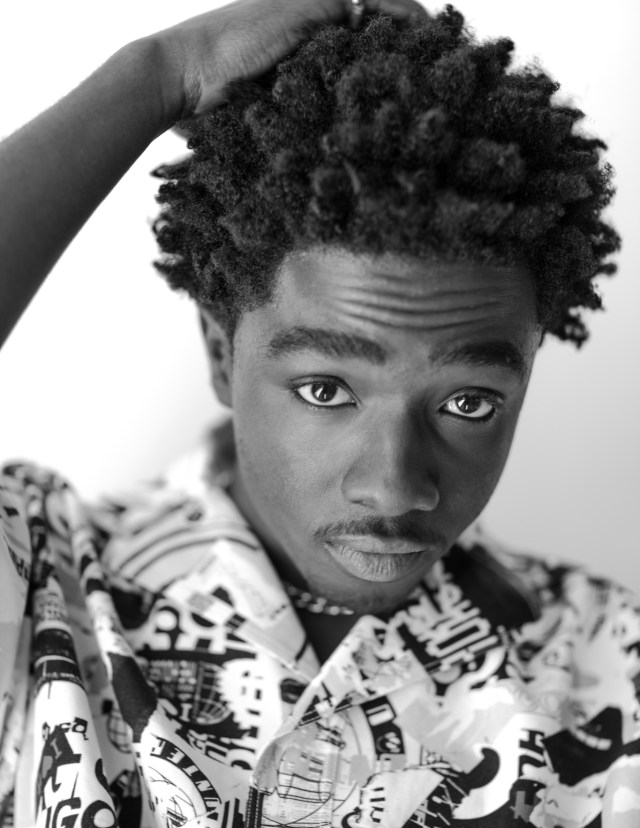 “I never wanted to just be on Broadway, I wanted to be Simba,” he says. My parents tricked me into thinking that I was going to church one Sunday. Once we got to Broadway, I was like, this doesn’t look like church. And it was the “Lion King.” I watched it, and I was like, ‘Wow, I’m going to be Simba!’ I was Simba a year and a half later.”

“It’s different from the last two seasons; it’s a different taste,” he says. “Season one and two are around the same fall, wintery time. And season three is just like straight up summer. Hot, very colorful and over the top.”

Music has always been a love of his, but it finally felt like the right time to head into the studio and see where it took him. (The result, he says, is a Nineties R&B vibe mixed with influences from his favorite, Stevie Wonder.)

“I don’t think people have seen this side of me before,” he says. “I just want you guys to listen to it. I don’t really want to talk about it too much. I don’t want to jinx it.”

The first single is planned for a release later this month with an EP hopefully on the horizon; releasing a full-length album holds no appeal.

“I don’t want to drop an album. I feel like just throwing out music,” he says. “I’m not trying to make this into — it’s a career thing, because it’s my career — but I’m not trying to make it a serious thing or be traveling all the time, or going on the road. I’ll do like a few shows probably, but I’ll just dropping music so people can listen and enjoy it.”

Despite existing success, he’s still holding his breath for the reaction: “I’m nervous, of course,” he says. “But I’m just chilling, really.”

Sadie Sink: The New Kid on the ‘Stranger Things’ Block