The actress discussed her upcoming projects ahead of her first fashion show appearance. 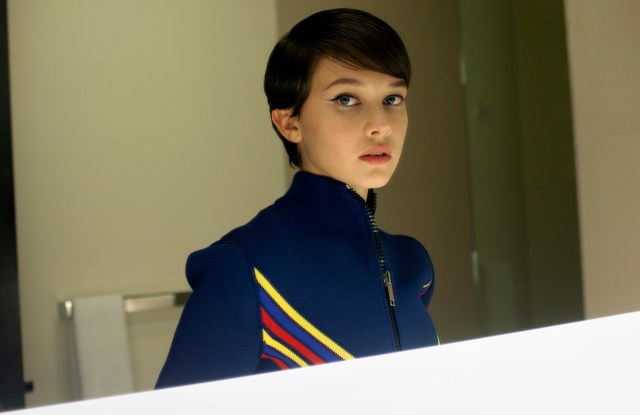 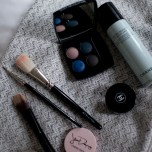 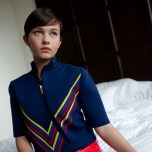 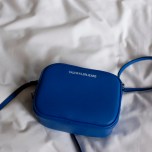 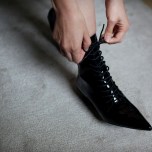 Cailee Spaeny has been having a lot of firsts this month — and on Tuesday night, the young actress added “front row at a fashion show” to that list, thanks to Calvin Klein.

“My first time ever experiencing a fashion show will be tonight, it’s so crazy — and the fact that it’s Calvin Klein and Raf Simons is absolutely insane. Hearing the words today ‘let me see if Raf approves that outfit’ is just a crazy thing to hear,” says Spaeny from her room at the Edition Hotel, where she was getting ready ahead of the show. “I’m very new to the fashion world, but it’s such an exciting world to get into. I love clothing, and waking up every day and figuring out what I want to say with my clothing.”

She’d visited the showroom earlier to try on a few outfits, ultimately settling on a red leather skirt and navy zip-up top. “My favorite was Raf’s favorite,” she adds of her selection. (Although she had yet to meet the designer ahead of the show, she’d gotten the text message approval.)

Another first: seeing her face on a billboard, for her upcoming film “Bad Times at the El Royale.” “My mom sent a picture of it to me, she was on Ventura [Boulevard] and she took a picture and freaked out, and all of my siblings posted it, and it was so sweet. I haven’t seen it yet, but yeah, lots of news happening,” she says. The film will also mark her first premiere appearance, and offer an opportunity to dip further into the fashion sphere. (Perhaps she’ll wear Calvin?)

But first, the show. She didn’t know who she’d run into there, but was particularly excited to meet Simons.

“There’s a song about him already,” she says. “I played it on the way here going to the airport. I was jamming and blasting it to LAX,” she says. (Yes, the artist of that song is A$AP Rocky and yes, he was at the show.)

The 20-year-old has recently hit the one-year mark of living in L.A.; before that, she was living in Springfield, Mo., and was routinely making the 25-hour drive to L.A. with her mom for auditions.

“I traveled there back and forth for four years before I booked a role — so four years,” she says. “We’d drive there every summer, multiple times, and once I booked my first project — which was ‘Pacific Rim: Uprising’; I landed the lead female role — that really took things to the next level for me. More than the next level: It changed my life.”

“Pacific Rim,” her blockbuster debut opposite John Boyega, premiered in March, and she has three more (huge) films out this year alone — “Bad Times at the El Royale” is out in October, and two (very different) political films, “On the Basis of Sex” and “the Untitled Dick Cheney project,” will be released in late December. (She plays Ruth Bader Ginsberg’s daughter and a young Lynne Cheney, respectively.) She has just started filming a limited TV series for FX, which will come out next year.

“Character-wise, I try to always switch it up. Whatever I’m doing now, I try to do the complete opposite next,” Spaeny says. “I hope to always keep stretching myself and not stay in one box or lane. The opportunities have come my way, so I’ve just been really lucky for that, and really amazing directors to work with.”

Gratitude: The actress has no shortage of it, and carries an acute awareness and appreciation for the privilege her recent opportunities have lent her.

“It feels surreal. And not to be negative, but you never know when this ends, so you really have to take in every moment,” she says. “Being here in New York, for example, doing all these things — all of that could go away in an instant, and I don’t take it lightly. I don’t know what’s going to happen, but I’m happy where I’m at, and I’m happy that I’m working. And that’s the biggest priority for me — that I just keep my head in the work and not get caught up in everything.”