The singer will be hosting the Billboard Music Awards tonight on NBC.

It’s a far cry from the battlefields of Iraq to a fashion red carpet, but that’s the path Candice Lambert has taken.

The Los Angeles-based celebrity stylist is a retired lieutenant of the U.S. Coast Guard and it was during her nearly decade-long active deployment in Iraq that she started thinking about what she wanted to do with her life when her duty came to an end.

“When I came back from Iraq, I had a different perspective on things,” she said with a wry laugh. “I kept saying, ‘What’s my dream?’ I realized it was music and fashion.”

Determined to break into the industry in some way, she settled first in San Diego, where the Coast Guard has a large base, and started networking, traveling to Los Angeles to meet and greet whomever she could. She finally secured an internship with a stylist there who “taught me everything,” relocated, and she was on her way.

Tonight, Lambert’s work will be front and center at the Billboard Music Awards when her client, Kelly Clarkson, hosts the televised event. Although Lambert doesn’t want to give too much away, she said Clarkson will wear “nine different outfits on stage and on the red carpet,” and there will be “a lot of black with silver and diamonds. There will also be a lot more gowns,” she continued, saying that Clarkson will be going for a “very pop, edgy look.” Expect a lot of texture as well, she added.

And while most of the looks will be dark, for her performance, she’ll wear color — although Lambert is not saying which one.

Lambert has been working with Clarkson for three years and her first job was to dress the singer for some media interviews she was planning in New York. Clarkson was pregnant at the time so Lambert packed up a ton of options and flew to Nashville to meet her.

Lambert describes Clarkson as “this lovable human. Even before I knew her and just saw her on TV, she was so cute and endearing — and she’s one of the best singers on the planet. But it was so sad about her clothes. They didn’t fit her right, they were homely and they were all over the place. You didn’t understand who she was.” 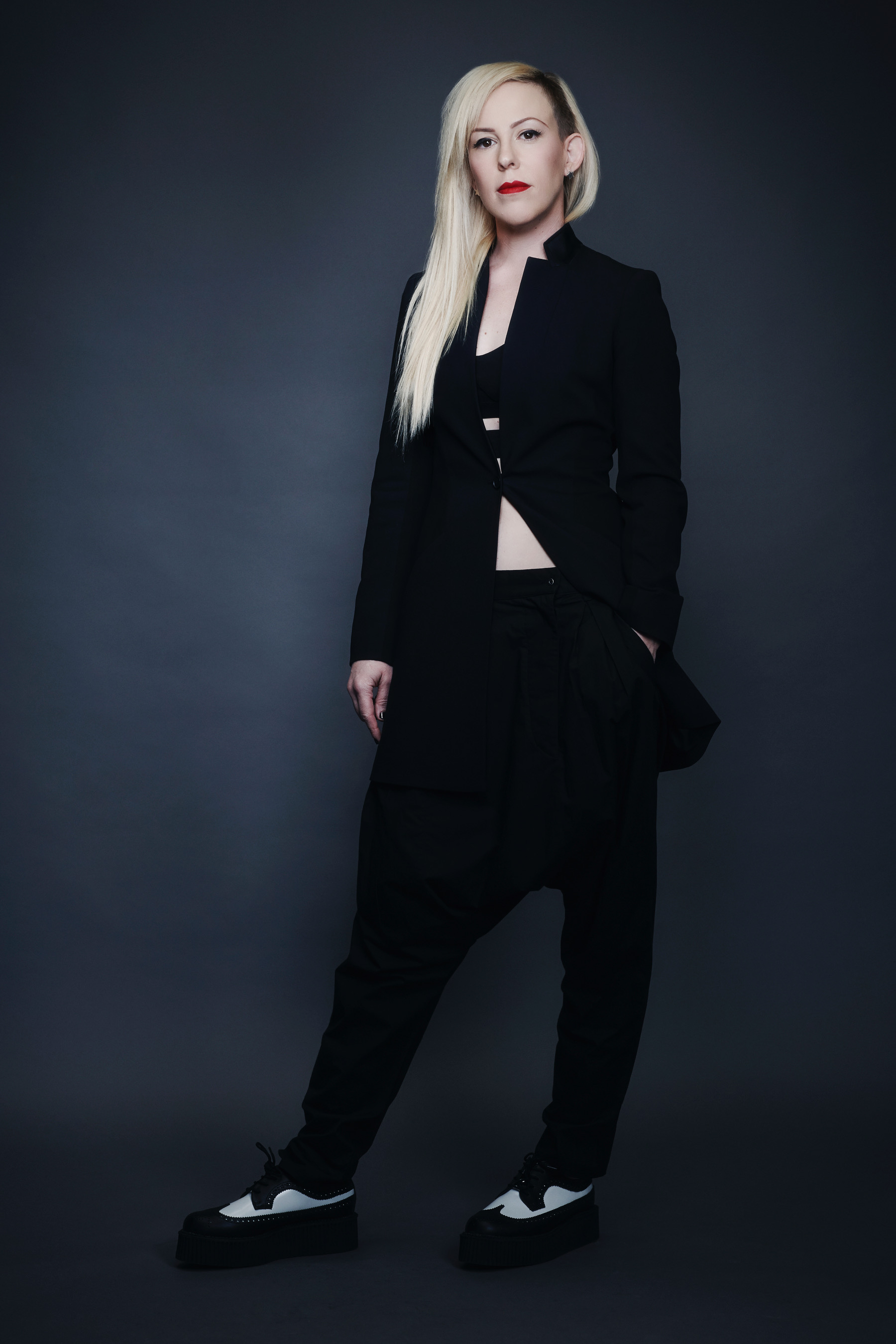 Lambert decided to keep those thoughts to herself during that first meeting and “started simple.” She said Clarkson was vocal about not wanting to wear what she described as “senator wife’s dresses. She didn’t want to wear any more lace or A-lines. She said it looked like she was going to a high school prom.”

So Lambert “started with a clean slate” and set out to build trust with the singer. What she found is that Clarkson is willing to try new things. “She’s a lot of fun, she likes expressing herself and she has an idea of who she wants to be. She’s a pop star, but she likes her rock roots. She loves texture, sexy, edgy and slick.”

For her last album, Clarkson wanted more of a rock vibe, so Lambert helped her create a black-and-gold, Eighties-inspired look. And for her first season coaching on “The Voice,” she’s been more eclectic, wearing everything from a glittery Gucci shirt and skirt to a green Dolce & Gabbana peplum suit with an embroidered heart inset.

For her recent appearance at the Academy of Country Music Awards, Clarkson wore a long black Alexander McQueen dress with lace insets and sleeves on the red carpet, a Dolce & Gabbana mini with shoulder pads for her performance with Dan & Shay, and a sequined blue, below-the-knee Sally Lapointe dress with furry sleeves for her duet with Jason Aldean. Her accessories included “one huge earring for a Cindi Lauper look” and an oversize Gaultier belt for the D&G look, Lambert said.

The stylist is also vocal about what she sees as the fashion industry’s obsession with thinness, an issue she struggles over with Clarkson and many of her other clients. “Why is there no size 6 or 8 or 14,” she asked. “Most women are not a 6, and that’s OK. Thank God for Christian Siriano, he does all sizes.”

With Clarkson, who is a 37-year-old mother of two, Lambert has to “get a lot of things tailored,” so the petite singer, who is not model size, can still wear designer clothes. “I also do a lot of online shopping,” Lambert said.

But Clarkson will never let the body-shaming trolls get to her. “Kelly is so comfortable in her body,” Lambert said. “You can’t shame her. She feels good in it and she exudes that. She’s so sexy and she’s not trying to be a size 2.”

Although Clarkson will be in the limelight tonight, Lambert works with a wide variety of other celebrities and musicians including Green Day, Pentatonix, Linkin Park, Bon Jovi, Don Henley and Garbage.

She’s worked with Our Lady J — a size 14 — dressing the trans female pianist, writer and singer in Christian Siriano, and also with Danica Patrick. The former race car driver will be working in the booth for NBC as an analyst for the Indianapolis 500 broadcast in mid-May.

She described Patrick as “very confident and badass,” but when it comes to her wardrobe, “she likes feminine things.” For the ACM broadcast — she was a presenter — Lambert put her in a sexy, sparkly orange Gaultier dress, complete with plunging neckline and slit, but for the Indy 500 broadcast, expect to see more tailored suits.

With all her clients, Lambert said, “I hunt hard. I Google everything I can. I go to New York and Europe and use Instagram a lot to find up-and-coming small designers and then reach out to them. I get bored with the big names where you see the same things over and over again. I like to keep things fresh.”