While there will be less parties and megayachts, Cannes this year has lined up a formidable roster of festival veterans.

By Katya Foreman and Ellen Groves on May 13, 2009
View Slideshow 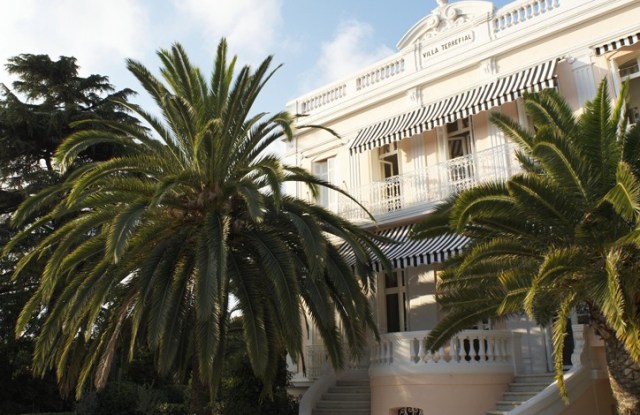 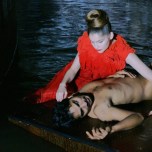 CANNES, France — Sponsorships have shriveled, the Vanity Fair black-tie bash has been nixed and fewer megayachts are expected to clutter the horizon during the Cannes International Film Festival that opens here today — appropriate for an event that prides itself on the art of filmmaking over fluff.

The opening film, Disney and Pixar’s 3-D animation “Up,” may be more geek than glam, but a formidable roster of festival veterans are up for this year’s Palme d’Or trophy, including Quentin Tarantino, Lars von Trier, Jane Campion and Pedro Almodóvar.

Fashion and beauty players keeping a somewhat lower profile this year include Fendi and Swarovski, which will no longer sponsor Jimmy’z. Contemporary players Antik Batik and Zadig et Voltaire will instead back the nightclub for this year’s festivities. Louis Vuitton, meanwhile, hasn’t booked its usual table at the prestigious amfAR dinner, which clashes with a preview event for the Louis Vuitton Foundation for Design in Hong Kong.

The cutbacks aren’t only on the glitz, however. Official makeup sponsor L’Oréal Paris has fewer makeup artists in town to touch up the stars’ faces, while hair stylist Dessange, which shares L’Oréal’s terrace at the Hotel Martinez, is sending 15 hairdressers instead of 20.

Still, fashion should still enjoy some major play. Jan Kounen’s “Coco Chanel & Igor Stravinsky” — starring Anna Mouglalis and Mads Mikkelsen — will close the festival, while the models-to-movies wave will roll on with Lily Cole, who plays Valentina in Terry Gilliam’s out-of-competition fantasy flick “The Imaginarium of Doctor Parnassus,” and Laetitia Casta, who, armed with a custom-made Givenchy dress, will join co-stars Fanny Ardant and Jeanne Moreau for the red-carpet screening of Tsai Ming-liang’s experimental flick, “Face.” Coproduced by the Louvre and featuring costumes by Christian Lacroix, the film is based on a madcap Taiwanese movie director who travels to the museum to shoot a movie inspired by the myth of Salomé (Casta plays Salomé).

And while some fashion brands are cutting back, there will still be plenty around — both on and off the red carpet. Designers doing parties include Christian Audigier, whose birthday bash will take place May 21 at the VIP Room (rumor has it Mick Jagger, Beyoncé Knowles and Lenny Kravitz will perform); Domenico Dolce and Stefano Gabbana, who will host a shindig at the Le Baoli on May 22, and Dan and Dean Caten, who will fete the opening of their first Dsquared2 boutique in France, on Boulevard de la Croisette, followed by a May 19 party for the launch of its eyewear at a private villa.

Shoe guru Giuseppe Zanotti may also host a dinner for his new store here, situated on Rue des Etats-Unis. On Saturday, Kirsten Dunst is expected to attend The Art of Elysium charity dinner, with Cartier and Relativity Media, at the Soho House Château.

Tonight, official festival partner Chopard is to toast the launch of its Cascade scent with its Belle de Nuit Party at the Hôtel du Cap-Eden-Roc in Antibes. Jury members of the Trophée Chopard awards ceremony, on Monday, will include Anne Fontaine, director of “Coco avant Chanel,” and French actor Vincent Perez.

Spectacular gems won’t be confined to the red carpet, however. Geneva-based jeweler de Grisogono is to exhibit a selection of its baubles and timepieces at the celebrity-choked Martinez hotel, Thursday through May 21, while guests will get to sample carats and cupcakes at a tea party feting the inauguration of Frieda Kaplan’s Noa Fine Jewellery brand on May 20 at the Carlton Hotel.

Adding a dose of bygone glamour, word has it Maria Callas’ most expensive white diamond necklace will form the centerpiece of the Maria Callas Foundation’s bash, to be held at the Terrazza Martini tent on May 22 and hosted by Italian Vogue. Private photos of the late opera singer hobnobbing with Prince Rainier of Monaco and Marilyn Monroe are also expected to be unveiled at the event.

Beach action will include the launch of Nikki Beach’s resortwear line on Friday.

Donatella Versace will be behind the decor for amfAR’s Cinema Against AIDS Cannes benefit, to be chaired by Kenneth Cole, on May 21 at the Hôtel du Cap-Eden-Roc, which will feature an exhibition by photographer Bruce Weber. Annie Lennox is lined up to perform, while Sharon Stone and Harvey Weinstein will help conduct the live auction. Items due to go under the hammer include a Milan Fashion Week package; a one-off Fiat 500 car custom-designed by Diesel’s Renzo Rosso, and a saxophone donated by former U.S. President Bill Clinton, who will autograph it during the auction.

Belstaff is due to host a cocktail party for Tarantino’s World War II movie “Inglourious Basterds,” in which Pitt wears the brand’s jackets in his role as Lieutenant Aldo Raine, heading a special unit disguised as civilians who hunt Nazis in occupied France.

Festival playtime will also include a charity black-tie celebrity Maybach Poker Tournament on Sunday, and the Akvinta vodka-sponsored Hollywood Domino tournament, hosted by Cruz, at the House of Cannes on Monday, in aid of Bono’s charity The Global Fund inspired by (Red). Designers Mark Eley and Wakako Kishimoto will wrap guests’ cars in designer wallpaper for the occasion. A-list domino-ites expected to attend include Weinstein, Georgina Chapman, Lily Cole, Mariah Carey and David Furnish.

Carey counts among a handful of musicians promoting movies here. The warbler will join co-star Kravitz for the screening of “Precious,” in competition in the Un Certain Regard section, while 50 Cent is expected to attend a VIP Room bash Saturday for indie thriller “Dead Man Running,” in which he stars.

Deborah Harry of Blondie fame is due to entertain guests during the Belvedere Vodka party at Le Baron’s Riviera venue on Friday, with the Black Eyed Peas booked to play the festival’s closing night. Meanwhile, the likes of Cécile Cassel, Emma de Caunes and Sylvie Testud, among the 13 French actresses who turned singers for Le Figaro’s Madame Aime compilation, are set to fete the album’s launch May 20.

Finally, as the centerpiece of the “Cannes Classics” section on Friday, Martin Scorsese will introduce the world premiere of the digitally restored version of the 1948 masterpiece “The Red Shoes,” funded by the Hollywood Foreign Press Association, The Film Foundation and the Louis B. Mayer Foundation.