The rapper confessed an obsession for vintage Chanel bags at the brand’s runway show on Tuesday. 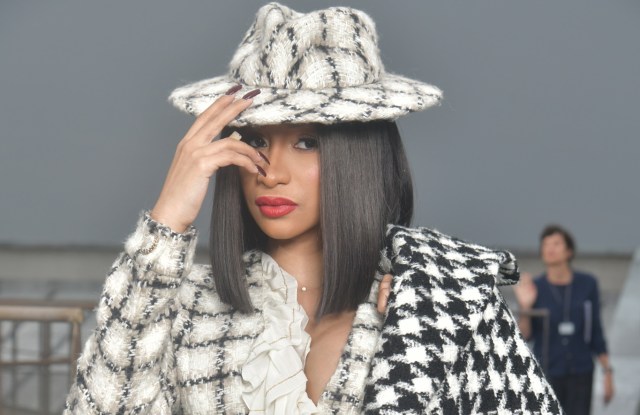 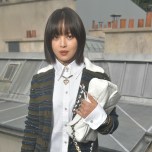 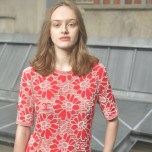 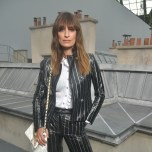 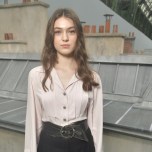 CARDI IS COMING: The crowd of Chanel guests gazed at the gray slate roofs that had been re-created in the middle of the Grand Palais to mirror Parisian rooftops. It was a calming sight.

Just then, a tiny figure dressed in black-and-white popped up on the makeshift rooftop and all hell broke loose: Cardi B had arrived.

“I’m in shock, this is gorgeous,” the rapper said. “Everywhere I go in Paris I feel like there is a piece of history. I always ask people, how old is this building? I just find that s–t so cool.”

The rapper and “Hustlers” star had already been in town for a couple of days, stopping over at the Thom Browne show and walking the streets of Paris dressed in a crowd-stopping Richard Quinn number. (In an Instagram video, as she is seen crossing the street with her face covered with the dress’ fabric, she quips: “Make sure a car don’t hit me, cause a b—h can’t see.”)

Does she feel like it’s part of her role as a public figure to champion young designers? “I don’t really care where the designer comes from,” said the rapper. “I don’t care if they’re from my hood, I don’t care if my sister [did] it. As long as I know that it’s going to look good, that it photographs well, that it’s made well, I want it on my body.” 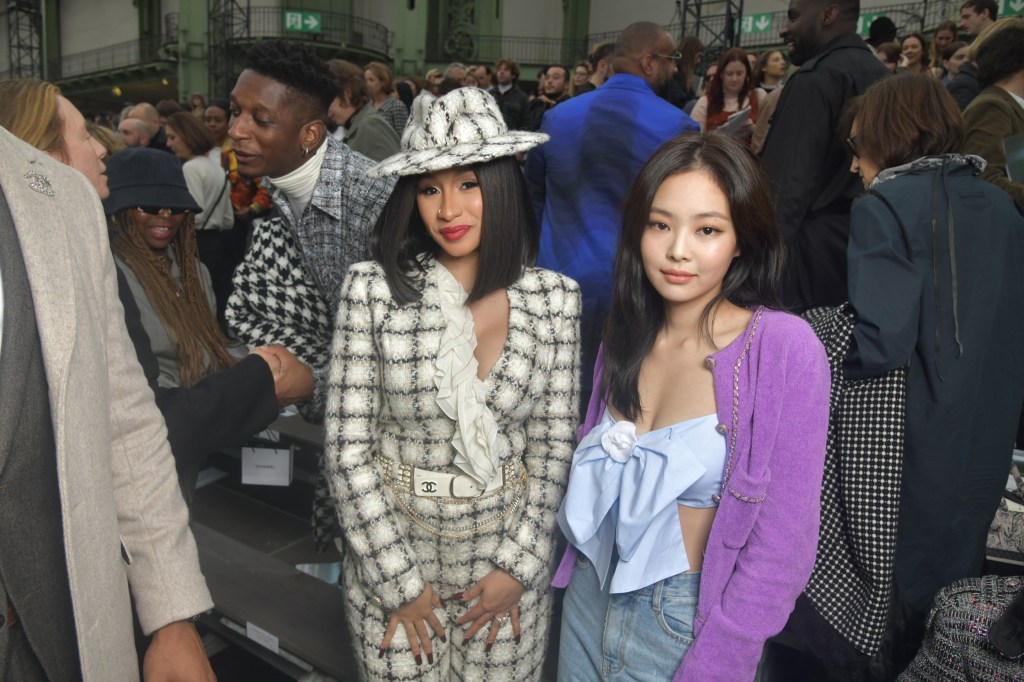 After appearing on her Instagram stories with a $60,000 crocodile handbag — she called it “an amazing investment” — Cardi B confessed that her obsession also extends to Chanel handbags. “It’s not like I collect them, it’s just that I buy them and I can’t help wanting to have them,” she said. “A Chanel bag is a must-have. It represents like a status. It’s like when you have it, you feel rich.” She sighed and fanned the air, playing her crowd.

The rapper was front of line to witness the unexpected disruption that appeared at the show’s finale: Marie S’Infiltre, a comedian and YouTube personality, hopped on the stage to join the models walking along the runway, before being epically ousted by Gigi Hadid.

“I got a little scared when homegirl flew out there,” Cardi B said.

For actress Isabelle Adjani, the disruption didn’t affect the overall effect of Chanel silhouettes gliding along the Parisian rooftops.

“They were like cats on a hot tin roof,” said the actress of the models, in a nod to the Tennessee Williams play. “They looked like gray cats sneaking around the city, but in a lot more colorful way.”

Sasha Luss, who got her big film break in Luc Besson’s “Anna” after 10 years of modeling, was feeling a little wistful.

“It’s definitely more relaxing watching a show compared to walking in one, but there is something that I will always miss a little,” she said. “It’s a mix of anxiety and excitement. You’re the first person that gets to see the collection and also the first person to wear it. I miss that feeling. But it’s time to give the other girls their turn.”

Past Caroline de Maigret, who announced her book about the trials of aging, “Older, but Better, but Older,” would be out in January, South Korean superstar Jennie Kim from girl band Blackpink discussed the possibility of relaunching her solo career, after releasing a track on her own in 2018.

“I feel like it’s always an open book,” the K-pop artist said. “But we do have a Blackpink project coming up soon, so for the moment I am mostly looking forward to that.”