The actress opens up about her painting hobby, her recent hack scare and the third season of "Mr. Robot." 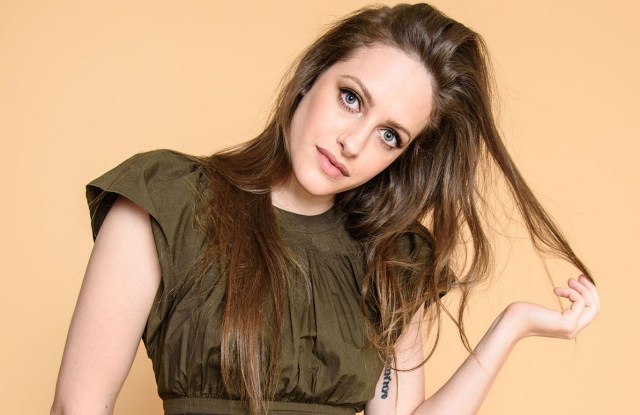 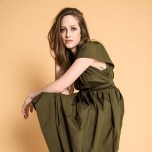 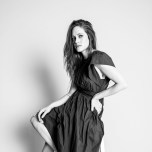 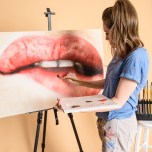 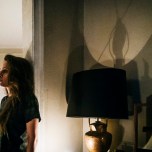 “This dress is like a parachute if anyone wants to climb in,” says Carly Chaikin. Just moments before, she was rapping Drake lyrics with her eyes closed as a makeup artist touched up her face. She wears a billowing olive green dress before changing into her “painting clothes” — stained gray shorts and a holey T-shirt.

“So many of my paintings, people would be like, ‘What more do you have to do?’ But the smallest little things make all of the difference,” she says, adding subtle touches to her latest work — a closeup of her lips. “Technically, oil doesn’t dry for years, so you have to wait a lot because it will be too wet to work on it and it just gets muddy.”

Chaikin, known for her role as Darlene on “Mr. Robot,” has been painting for about a decade. She’s self-taught — “I’ve done figure drawing classes or whatever” — and had her first art show three years ago, in which she showcased about 40 works. “I sold all the ones that were under a thousand,” she says. “My dad has some and my boyfriend, but most of them are hanging in my apartment here [in New York] and at my house [in Los Angeles], so I never have to buy art.”

She occasionally shares photos of her latest pieces on social media and even created an Artstagram — a separate account dedicated to her works.

Citing Salvador Dalí, Chuck Close and Jean-Michel Basquiat as her idols, Chaikin explains that painting is a form of meditation for her — a much-needed one given the intensity of “Mr. Robot.” Mental health in general is important to Chaikin; she often works with the National Alliance on Mental Illness, and her boyfriend’s father is heavily involved.

“With our show, people have written or said how they finally don’t feel alone, they finally feel like people can relate and understand, and it gives them hope,” she says. “The more people talk about it and say, ‘This isn’t something to be ashamed of, but there is help and let’s do this together,’ [the better]. It’s also not something anybody can do alone.”

She reveals that in the third season of “Mr. Robot,” which premiered Wednesday night, fans can expect to see her “stripped down and raw.” “I don’t wear any jewelry this year, I wear barely any makeup, I wear the same thing almost every day,” she says. “It’s like [Darlene], not giving up, but having been put in a position of surrendering and losing everything and being stripped of everything that she had.”

The show inevitably made her more technologically aware, and recently, she had a hacking scare of her own. About a month ago, she received a text from an unknown number that referred to her as Dolores Haze, her screen name on the show. The text read, “Are you ready for what’s coming? F society” — more “Mr. Robot” references.

Chaikin recruited the “tech guys” to locate the caller, who was apparently in Italy. “I’ve been bugging Kor [Adana], who’s one of our head tech guys and producer and writer, to see if he can hack me to find my number,” she says. “I have no idea how this guy got it.”

Hacking hadn’t crossed her mind before joining the show, and it’s a good thing she’s surrounded by a technologically savvy team. “It is in the headlines now and people do think about it, but I definitely learned a lot,” she says. “All of the coding and hacking stuff that we do and I talk about, I always have them explain what it means so I know what I’m saying. Not that I can necessarily repeat it all to you, but there are bits and pieces that I do understand.”