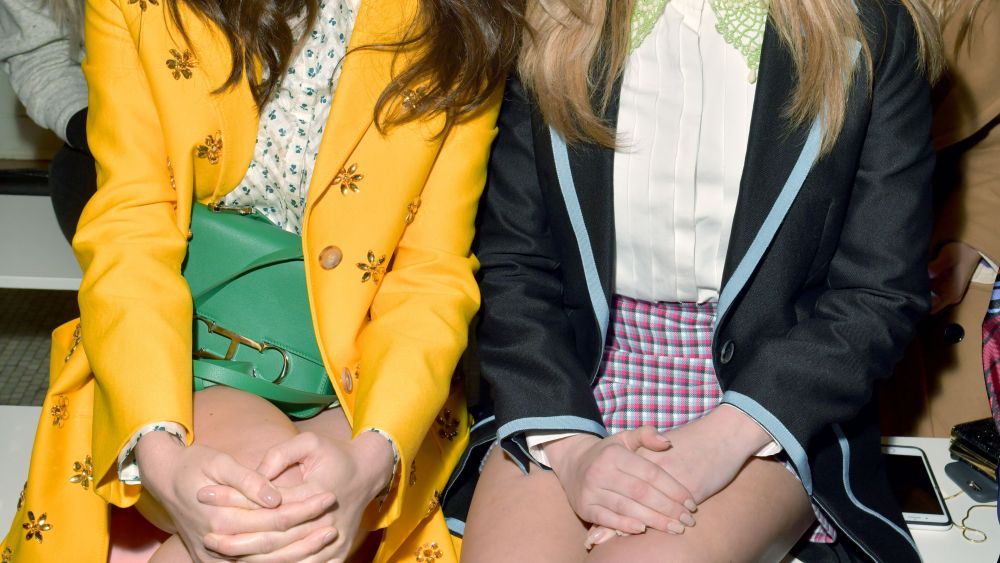 During her time as a designer, Carolina Herrera culled a group of loyal celebrity followers to work with the label. Now that Wes Gordon is at the helm, that hasn’t changed. On Monday morning, Camilla Belle — who noted the first time she wore a Carolina Herrera dress was at least 10 years ago; Shailene Woodley; Michelle Monaghan, and Peyton List crowded together on a white bench in the front row, waiting for the show. Also among them: newcomer Virginia Gardner, best known for her role on the Hulu Marvel series “Runaways,” as Karolina Dean. She’s the first LGBTQ-out character in Marvel’s universe, which has resulted in overwhelming support from a fan base known for being highly persnickety.

“That’s meant a lot to people,” she stated, wearing a yellow dress Gordon handpicked for her. “What I was the most nervous about was the rainbow VFX from my character’s superpowers. I was nervous fans were not going to respond well to that and it wasn’t going to look as good as it does in the comic books. But they’ve done a fantastic job and fans have responded so well.”

Belle just finished directing a campaign for the nonprofit One Love in New York. It’s slated to drop next week, and aims to educate youth on what it means to have healthy relationships. She wrapped the shoot — then realized it was fashion week.

“When I was done, I was like, ‘Oh, wait! I’m here. I might as well see some shows,’” she laughed. “I’ve only seen the houses that I have dear, close, long-term relations with. If you know you like [a brand] and it works for you, I feel there’s something to be said about that.”

Monaghan said she met Gordon at a fashion event downtown several years ago.

“We met each other standing at the bar, randomly,” she explained. Her next project comes out in the fall — a Netflix series called “Messiah.”

All three actresses noted this was the last show they’d be attending for the remainder of fashion week, and that they were homebound.