The sound designer and musicians is also releasing her new album “Stars Aligned” on Dec. 6.

Caroline Koch on stage in Milan to present her single "Stars Aligned," anticipating her upcoming EP.

Leveraging this emotional connection, music has become increasingly important for brands to shape their images by providing the fitting atmosphere for events and fashion shows, soundtracks for ad campaigns and social media content, as well as offering a welcoming experience in-store.

Caroline Koch, a blonde and bubbly Italian-German sound designer and musician, certainly believes in the power of music and its ability to connect with the emotions of the audience. Last year she established her own sound agency called Koraline, a play on her first name.

“Coming from the world of discography, for a number of coincidences, I started consulting for a few brands and then I found the right formula to be able to interpret the brands’ needs,” Koch explained.

“Brands were lacking in-house professional figures that could take on that task and music consultants are still not that many,” she said, highlighting a few rare examples, such as Saint Laurent, who has a dedicated person who spearheads the brand’s musical identity.

“My goal is to create a long-term sound identify for each of the brands I work for, stretching as far as to the switchboard music,” she said with a smile.

Koch wants companies to understand that music plays as important a role as the development of products and the choice of their brand ambassadors, while also pushing them to dare and experiment with sounds.

The sound agency has worked with a number of brands across different categories, including fashion, beauty, beverage and automotive.

Among the fashion labels Koch has collaborated with, Ralph & Russo chose the sound designer for a social media and digital campaign it produced last year. “I wanted to highlight the contrast between the couture clothes and a rock ‘n’ roll, confident attitude for them,” she said, noting she reworked one of her songs for the U.K.-based fashion house.

Working with Italian underwear brand Tezenis, part of hosiery, innerwear and beachwear group Calzedonia SpA, proved compelling, Koch recalled. She was involved in hand picking a range of musicians that performed at the company’s fashion shows in 2016 and 2017, where she brought in Tinie Tempah and French DJ duo Ofenbach, respectively.

“You have to listen carefully to what brands really want, project the same image they have in mind and get in the same mood. That’s key to success,” she said. “I am as you want me to be. That’s my mantra, which happens to be also the most complicated thing to achieve, not forcing your taste and point of view.”

The sound designer also teamed with The Estée Lauder Cos. Inc. for a number of in-store events for La Mer and Jo Malone. In the latter case, she explained she was asked to incorporate a British attitude that nodded to The Beatles and The Rolling Stones. “I tried to leverage those sounds and grooves but making them contemporary and more sophisticated, more in line with the brand itself.”

The Koraline sound agency boasts in-house production, which Koch said allows her and her producer and business partner Matteo Rigamonti to collaborate with a range of other artists and producers to deliver a tailor-made service. 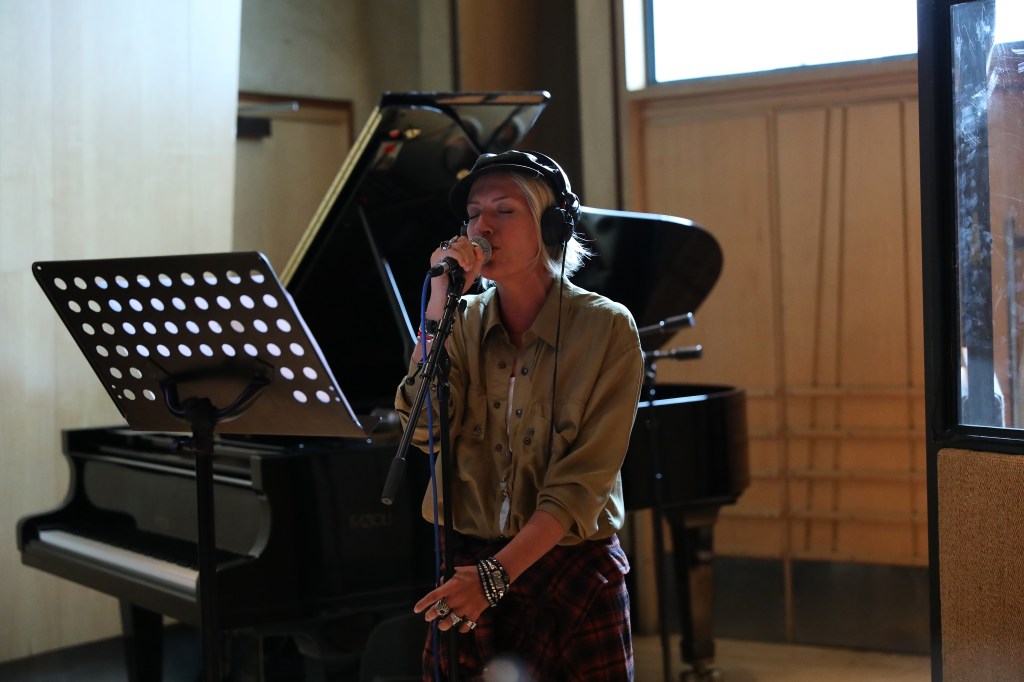 With a background as a deejay and musician, Koch is currently focused on the upcoming launch of her latest EP called “Stars Aligned” which debuts on Dec. 6. The project, produced by Rigamonti and producer duo Hermit, has been two years in the making between London and Milan studios.

It also benefited from the collaboration with British guitarist and producer Paul Stacey, best known for his work with English rock band Oasis. “In addition to his unparalleled experience and knowledge, Stacey’s musical taste is much rooted in the same genres I’m attracted to,” Koch explained. “I was impressed by his humbleness; it’s been a constant exchange between the two of us.”

A single of the same name that was released this month anticipated the album. “This work is really the emblem of my professional and personal path. Stars are actually aligned right now, time was ripe for me to release this album,” she said.

Leveraging her passion for Sixties and Seventies blues and rock ‘n’ roll music, as well as her past as a DJ with a penchant for electronic sounds, Koch said she managed to infuse the album with all those references and influences.