The photographer, whose book of black-and-white photographs will be released later this month, dishes on Tenessee, tutus and modern femininity. 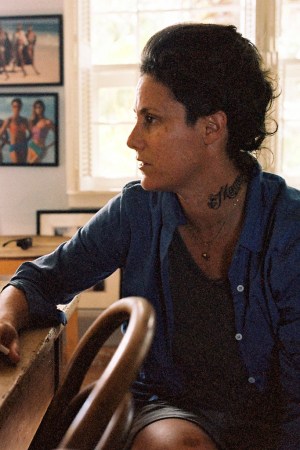 Cass Bird does not seem like a fashion photographer. For one thing, she’s too easy-going. For another, she’s early. On a sunny winter day in Union Square, Bird arrives ten minutes before the agreed-upon time for an interview to discuss “Rewilding,” a book of black-and-white photographs to be released later this month by Damiani Editore. Bird is effervescent, happy to meet and a little embarrassed at all the attention. She lacks the postured mystique and narcissism those in her profession often exhibit. But then again, maybe Cass Bird doesn’t seem like a fashion photographer because she isn’t one. Not really.

“I don’t think of myself as ‘a fashion person,’” Bird says. “I think my interest was always about people, and it still is that. The obsession with seeing someone and letting them see you, that moment is pretty f—ing profound.”

Bird’s petite frame is obscured under the bulk of multiple layers: a Balmain duffle coat, army-green military jacket, floral print silk shirt. Her hair is shot through with gray and upswept in a sort of Fifties greaser’s faux-hawk-meets-bedhead, and she has a scrawling cursive tattoo on her neck. Her hands are delicate and very small, dwarfed by the mug of mint tea that she orders at the Union Square Coffee Shop. She has big, inquisitive eyes and a smiling mouth and is as liberal with laughter as she is with expletives (used mostly for emphasis). She shows off beautiful pictures of two smiling children dappled in sunlight on her iPhone, and she seems too youthful to have had a wife for “years,” too cool to have two young kids at home. She rolls her eyes at her own eagerness with the iPhone photo gallery, the modern mom’s wallet with plastic fold-out photo sleeve. “This is so dumb, so typical dumb-Mom…” Bird groans, “but I’m going to do it anyway.”

It doesn’t take much time with Bird to understand how bold-faced names like Viggo Mortensen, Salma Hayek, Cate Blanchett and Daria Werbowy completely open up before her lens. Mortensen posed for her recently as a Williamsburg-style hipster in a beanie and plaid shirt. Blanchett danced with abandon, barefoot. Salma Hayek ate cereal perched on her countertop. Bird has documented Werbowy on a sailboat in St. Barth’s, on the streets of New York, nude in her apartment with a wolf’s hide on her head. The two have been friends for more than a decade.

“Daria was the first head-to-toe nude I ever shot,” Bird recalls. “I was at her house, and she just started taking her clothes off, and I had this moment where I was standing over her in her bathtub where I was just like, ‘Holy f–k. I am shooting you f—ing naked!’ I felt really vulnerable and was probably shaking… but I saw in her this real control, her energy, her strength. We’re all a lot stronger than we think, but we’re all a lot more fragile than we think. Honoring both parts of that’s important.”

“Rewilding,” which Bird shot over two weeks in 2009 and 2010 in a lush artists’ community in Tennessee called Sassafras, consists of works of a different stripe. The book’s focus is modern femininity in an idyllic, naturalistic setting, and there is a brute physicality at play within the grace of her images. Bird’s subjects shimmy up tree trunks, flip into pools of water, race barefoot across open fields without looking back. They are not conventionally feminine or “pretty” in the sense of a cosmetics advertisement or a television star: They are androgynous (occasionally employing a contraption that Bird brought to the interview called a pStyle, which enables women to relieve themselves while standing), they have bumps and bruises and sometimes light dustings of facial hair. But they are undeniably attractive works.

“This idea of taking a captive animal and putting it back into nature,” Bird explains of her title. “[Some of the women] were really uncomfortable with the camera in the beginning, I liked that, that we could get something a little more real.”

In the book’s foreword, Sally Singer, who has favored Bird’s work in her tenure at T magazine, writes, “I don’t think there is anyone working right now in photography who has the same ease with her subjects, the same youthful seductive energy, the same mix of spontaneity and aesthetic rigor.’”

Bird cites an adolescence rife with “a lot of internalized homophobia” as responsible for her hang-ups with the more traditional feminine ideal. She recounts common rites of passage for girls (“getting your hair done, your nails, your makeup, your uncomfortable dress”) as construction of an armorlike polished exterior to enable one to “posture all night,” and she sounds more pitying than offended. “For some girls, that’s torture,” she says. The concept of posturing is pivotal to Bird’s work. She is interested in who her subjects are without the signifiers they have attached to themselves to tell you.

“When I invited these women to Sassafras, a lot of them hadn’t reconciled with wearing dresses. I had these tutus made, these promlike dresses, these ‘costumes’ of femininity, and the first day I asked them to put them on they were red-faced, hiding in the bathroom, feeling that tortured, humiliated feeling. They experienced death in a way: of the ego, of your identity,” Bird says, brightening up. “The next year when I got there they were all already wearing them; two were hiking in their tutus! They had re-appropriated those symbols.”