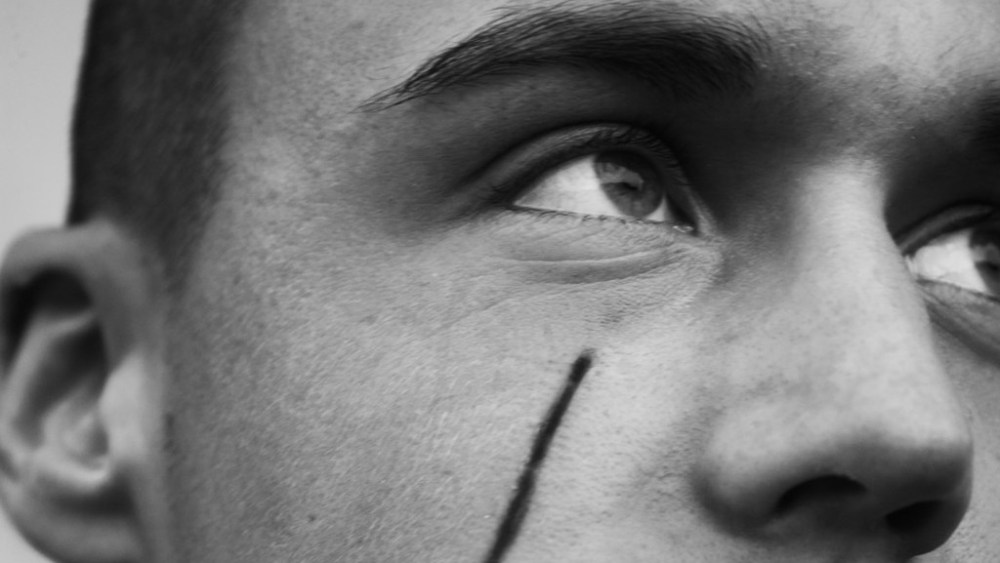 BERLIN — The European Month of Photography found The Hilton Brothers, aka Christopher Makos and Paul Solberg here for “Andy Dandy and Other Works,” a show of their works both as individual photographers and as a team at Galerie Hiltawsky at Tucholskystrasse 41. The show runs through Dec. 22.

Makos, the long term photographic cohort of Andy Warhol, and the younger Solberg, known for his haunting floral and human portraits, have been collaborating under the Hilton Brothers moniker since 2004. The name, it should be noted, was inspired by Thirties Siamese-twin vaudeville stars Daisy and Violet Hilton, not the society antics of those other famous Hilton girls.

As The Hilton Brothers, their collective work questions the notion of artistic identity and ego in diptychs and quadriptychs of objects photographed singly by one or the other, and then brought together in one print. Their Andy Dandy series, for example, combines images from Makos’ 1981 “Altered Images” photographs of Warhol in Marlene Dietrich-like drag with Solberg’s flower portraits, while the more recent Area 51 series sets up a mysterious, visual dialogue between appropriated images and their own.

WWD caught up with the duo to find out where they’ve been, where they’re going, what they’ve seen, and where in the world they got those outfits.

WWD: Goodness. His and His outfits. What are you wearing?
Paul Solberg: The striped jacket fabric is from France, and the pants are the bottom half of our Nature Suits. They were all made in Vietnam.
Christopher Makos: Beijing.
P.S.: Vietnam.
C.M: Beijing.
P.S.: Beijing? Okay. Could be. As were the mini-ties. And we usually have our shirts made, but these are by Steven Alan. The hats we found in Paris, our yellow trainers are from Nike, we have them in all colors, and I’m wearing a real Chinese watch, from CIP.
C.M.: And mine’s also Chinese. An EYKI.

WWD: Do you always dress alike?
P.S.: We had an exhibit in Spain called “Mistaken Identities,” dealing with the idea of Andy [Warhol] and identity. And the idea of the two of us, and how it came about — the identity of a duo. And it’s why we also dress alike. People like to see people dressed up in some way. And when they see it twice, they get confused.
C.M.: We do it primarily to amuse ourselves. Plus we remix and change our outfits around. We have to. We can’t show up in the same-same things two days in a row. We wore the full [Nature] suits yesterday.
P.S.: Our plaid suits are out of service. I was climbing around on this couch in the plaid one, and it went rip. Too much spaetzle this trip.

WWD: Speaking of which, your work’s been traveling around a lot: Tokyo, L.A., New York, with the Warhol Museum in Pittsburgh coming up in spring. I’ve read you love to shoot on the road. Where have you been or would like to go?
C.M.: We were in Moscow to do an interview for the Russian edition of Interview. It was so much fun. And we also worked with Condé Nast Traveler there, and had a four bedroom suite at the Ritz Carlton, with a view of the Kremlin. We didn’t see the regular Russia. And then we went to St. Petersburg for a second event at W Hotel. With beautiful sunsets, and groovy, trendy St. Petersburg people, with great hairdos and fashion. Russia was a little like New York in the Seventies, with the feeling anything can happen. But we also got the feeling that [President Vladimir] Putin owns the country, which is why we’re so concerned.
P.S.: Burma has always been on our hot list of places to go, and Iceland. And we’ve been to Turkey.
C.M.: And we continue to go to out West: Driggs, Idaho and Bryce Canyon [in Utah]. We call it the European triangle — Americans don’t go there. But Utah is spectacular. It’s like going to Mars.
P.S.: The Wild West thing —that’s what refuels us in the U.S. But our favorite places lately are Vietnam, where the people are the so enlightened, beautiful and gentle, and the food the most sophisticated, whether for poor or rich. And Jordan. One has this idea of an isolationist, fundamentalist country, but that all breaks down. It’s at a crossroads.

WWD: Have you aimed your lens much at Berlin?
C.M.: Paul and I both have the same photo of the guy in Berlin — that guy, over on the wall. [A portrait of a young Berlin clubber.] But Nadine [Dintner, the curator] picked his picture, not mine.
P.S.: I was here in Berlin for six days in 2006, enough to know we’d want to plan a show here eventually. And Christopher’s been here several times. But with that guy — we both photographed him at the same time.
C.M.: But from different perspectives. When I do portraits, I like eye contact. I come from the Avedon school.

WWD: What’s the next project?
P.S.: Next up, as a duo, we want to take one photograph.
C.M.: Maybe with the subject shot by one, the background by the other.
P.S.: I don’t see it like that. We have so many pictures we’ve separately taken of the same thing two inches away from the other or with a tiny moment’s difference. I’d like to play further, to find a way of sharing the view finder.
C.M.: And then there’s a show with my book called “Lady Warhol” opening in Malaga next January and I’m renting an apartment there for a month. Plus right now, some of my photographs are hanging in the Metropolitan Museum of Art’s “Regarding Warhol” show. I always thought I’ve have to be dead before something of mine hung in the Met.