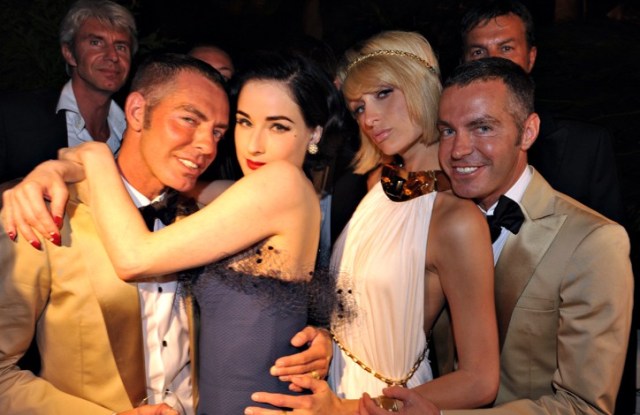 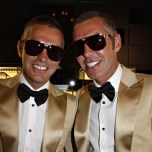 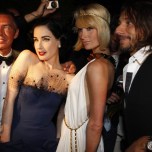 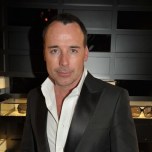 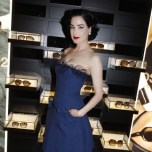 Dressed in matching gold jackets, Dsquared2 twins Dan and Dean Caten didn’t let a small interruption in the power supply disrupt the party to fete their first French store here Tuesday, followed by a shindig for some 400 guests, including the ubiquitous Paris Hilton and Dita Von Teese, to celebrate their vintage-inspired eyewear line in a villa in the hills above the town.

Like almost every other brand in town, Dsquared2 has a showroom in the Hotel Martinez this week. “They have more showrooms in the hotel than rooms,” quipped Dan. “You can get diamonds on the first floor, designers on five…everybody’s here.”

Summing up Cannes fashion as “like New Year’s Eve everyday,” Dean said there’s nowhere else where you see people decked out at 2 p.m. “Last year we were here with Natasha Poly and she lost her luggage and every night she was out in a different couture outfit, with diamonds all over. You don’t need luggage,” he said.

Next up: The duo are scouting a location for a store in Paris. And while plans for a New York boutique were postponed due to the downturn, they hope to open a unit either there or in Los Angeles next year, capitalizing on their raised profile from their turn as co-hosts of Bravo’s new fashion show, “Launch My Line,” which airs in September.

The duo intends the outfits they wear on screen to be in stores by the time each program airs and next season hopes to dress the show’s judges Stefani Greenfield and Lisa Kline.

The designers are also busy in their native land of Canada. They’ll shoot the commercial for their first scent in the mountain resort of Banff in July, then be honoured with a star on Toronto’s Walk of Fame in September, followed by taking up the designing mantle for outfits at the opening ceremony for Vancouver’s 2010 winter Olympics. “We’re already late on that one,” said Dean. “They won’t tell us who we’re dressing,” added Dan. “We’re like ‘Can I know who it is or at least give me the measurements so we can get started?’”