Celebrities Get Away From It All

The boldface set hit the sand, slopes and sea (or just stayed close to home) for their holidays. 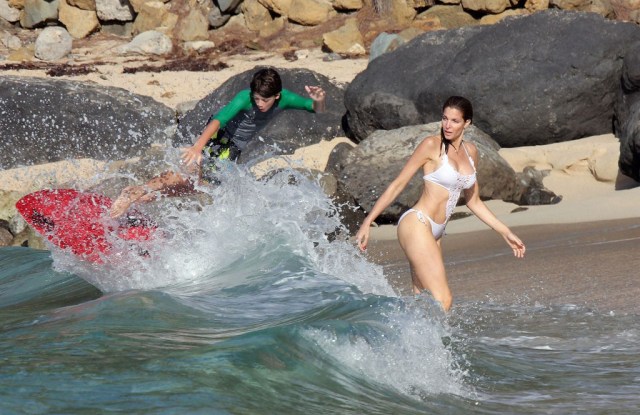 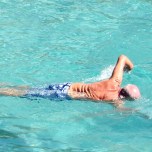 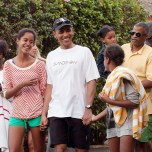 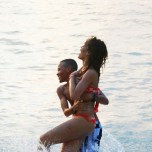 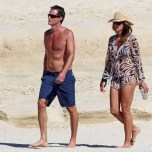 St. Barth’s held a homey draw this yuletide season for seaside regulars like Tamara Mellon and Rachel Zoe (who sported her heavily swaddled newest addition, baby Skylar, even though her luggage reportedly was lost en route) as well as Marc Jacobs and Lorenzo Martone, Djimon Hounsou, Kimora Lee Simmons and ex-husband Russell Simmons. Jon Bon Jovi fanned rumors of a possible political future by poring over a copy of President Clinton’s latest tome, “Back to Work,” poolside. Not far away were Wendi and Rupert Murdoch, who sailed the French Indies, swimming intermittently, and Rihanna, who frolicked in the Barbados surf with her brother Rajad Fenty.

Famous models strutted sandy shores across the globe: Cindy Crawford strolled through Los Cabos, Mexico, with husband Rande Gerber; Stephanie Seymour narrowly avoided colliding with a surfboard while splashing around in St. Barth’s, and Naomi Campbell cruised around Miami with beau Vladislav Doronin on his yacht. “The body” Elle Macpherson showed off in a sea kayak in her hometown of Sydney, while Natalia Vodianova hit the green for a round of golf in Mauritius.

This story first appeared in the January 3, 2012 issue of WWD. Subscribe Today.

Aspen was the de facto family destination this year, with Seal and Heidi Klum guiding their brood down the slopes on sleds and skis; Goldie Hawn, Kurt Russell and Kate Hudson strolling the streets, and Jack Nicholson doing some serious retail damage in town with his daughter Lorraine.

Sienna Miller played tourist, mugging for beau Tom Sturridge near the Petit Palais in Paris, while Helena Bonham Carter stayed in hot pursuit of her daughter Nell in London. The Obamas went home to Honolulu for the holidays, Gwen Stefani wore her Prada baroque sunglasses to visit the L.A. zoo with her sons, Kingston and Zuma, and Jennifer Garner and Ben Affleck aided their daughters, Violet and Serafina, with their entrepreneurial endeavors — a lemonade stand, mostly catering to nearby paparazzi.