And Beyonce and Blue Ivy as Salt-N-Pepa. 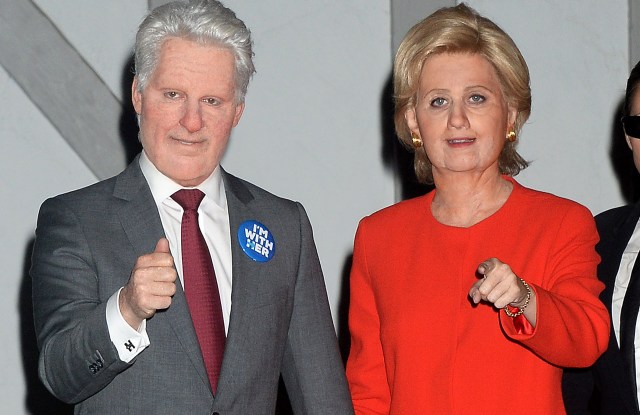 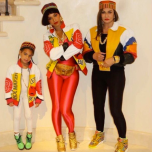 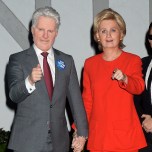 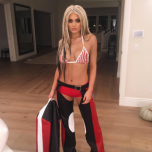 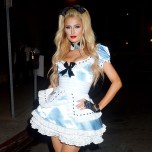 The witching hour has arrived — but did it ever really leave? Today is officially Halloween, but for many, the festivities started early. Celebrities such as Katy Perry and Kylie Jenner couldn’t wait to show off their Halloween costumes: Hillary Clinton and Christina Aguilera, respectively.

Mariah Carey celebrated almost a week ago with estranged husband Nick Cannon and their twins. Carey was a corset and latex-wearing devil, complete with red wings and horns. Bette Midler threw her annual Hulaween Party on Friday night and revived her Winifred Sanderson “Hocus Pocus” costume. Marc Jacobs’ outfit was also a highlight of the party; he dressed as a bodybuilder and wore size 41 Christian Louboutin heels.

Beyoncé, Blue Ivy and Tina Knowles Lawson were photographed over the weekend as Salt-N-Pepa. Jenner threw her first-ever Halloween Dead Dinner. She and Tyga sported ghostly face makeup and all-black getups. Jenner also dressed as Christina Aguilera during her “Dirrty” era later on in the weekend. In case any Aguilera fans were concerned about Jenner doing their fave justice, rest assured: Xtina approves.

The Victoria’s Secret Angels seemed to fully embrace the festivities. Martha Hunt went out as Elvira Hancock from “Scarface” and Jasmine Tookes channeled Jasmine from Disney’s “Aladdin.” While many — including Paris Hilton, who dressed as a flirty Alice from “Alice in Wonderland” — went the sexy route, Sara Sampaio took the road less traveled. The Angel wore a long black wig and white dress to play the girl from “The Ring.” Her costume is truly chill-worthy.

Head on over to the gallery to see what Alessandra Ambrosio, Orlando Bloom and more celebrities wore this weekend.