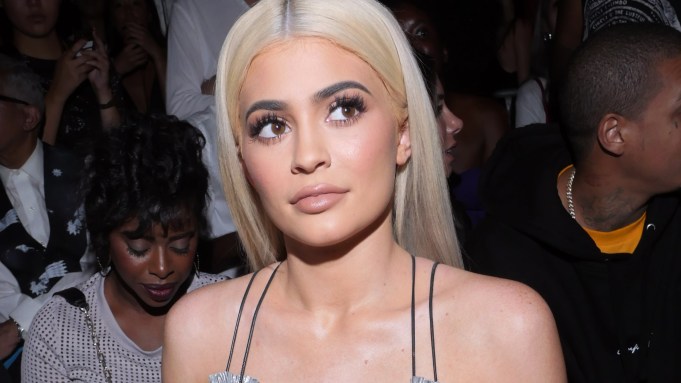 So many shows, so many celebs — the selfie opportunities are endless.

It’s midway through New York Fashion Week and the front row is as star-studded as ever. Since Wednesday, the shows have been graced with appearances from Solange Knowles, Ashley Graham and Madonna, who brought along daughter Lourdes Leon for the Alexander Wang show. There was even a rare New York Fashion Week appearance from Taylor Swift. The “Blank Space” singer sat front row at Tommy Hilfiger’s carnival event to support friend and Insta-girl, Gigi Hadid. Naturally Swift, who attended with squad member Martha Hunt, Snapchatted throughout the show. Hadid and Hilfiger’s collaboration of the Timmy x Gigi collection made its debut at the brand’s event. Attendees also got glimpses of Yolanda Hadid, Kris Jenner and Olivia Culpo, who were also front row at the show.

To no surprise, the Kardashian clan has been seen just about everywhere. From the front row of Kanye’s Yeezy Season 4 show — where the heat caused at least two models to faint — to the Kendall + Kylie pop-up shop to sitting front row at the likes of Alexander Wang and Tommy Hilfiger.

Tom Ford, who took the see-now-buy-now approach this week, drew quite the crowd at the Four Seasons on Wednesday night, when he threw a pre-show cocktail party filled the likes of Karlie Kloss, Cindy Crawford, Julianne Moore and Jon Hamm — who looked quite dapper in his Tom Ford houndstooth suit.

Another show regular back for the spring 2017 season is Olivia Palermo. The socialite-turned-blogger-turned-designer made appearances at multiple shows, including Jonathan Simkhai, Prabal Gurung and Altuzarra. As the newly appointed global style ambassador of Banana Republic, Palermo personally curated a capsule collection of spring pieces that were available for purchase immediately after the brand’s presentation.

Check out our gallery of NYFW celebs right here and stay tuned for more updates as this week unfolds with shows and a lot more star wattage.