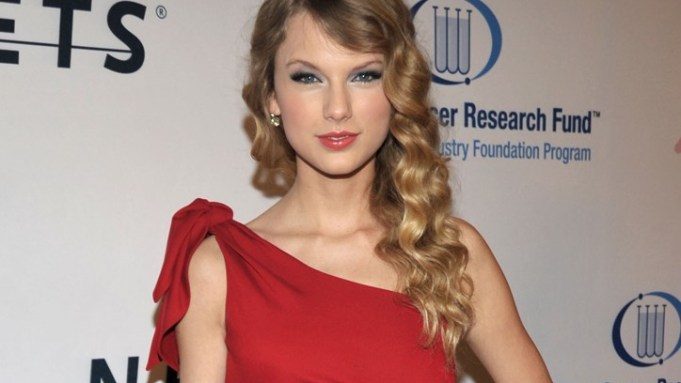 It’s not often that a 20-year-old strumming a guitar brings Steven Spielberg and Tom Hanks to their feet, but once again, An Unforgettable Evening — the annual Entertainment Industry Foundation’s Women’s Cancer Research Fund benefit — managed to live up to its name.

As the night’s emcee, Hanks kept the crowd in stitches, swigging from a bottle of champagne at the podium and jokingly thanking some of the event’s donors, Lee Jeans (“They are more comfortable than Wranglers”) and Saks Fifth Avenue (“What can you buy for a $1,000? A glove?”). He even gamely took over the auctioneer duties for items like a Smart Car filled with goodies including Gucci luggage. The winners were Reese Witherspoon’s daughter, Ava, and one of her pals, who were bidding on behalf of their moms.

“Girls, you and six of your friends can fit in this car,” Hanks told the tots.

As the night wound down, the ballroom was flooded with many of the other guests’ children, who packed the space to watch Swift sing.