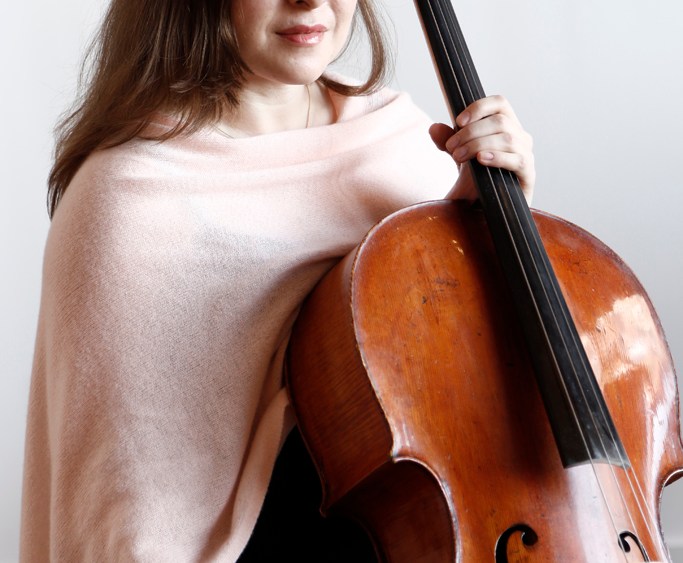 Alisa Weilerstein always knew that she wanted to be a cellist. For reasons she can’t explain, she was instantly attracted to the instrument as a small child. Her grandmother made her a series of instruments from cereal boxes when she had chicken pox; she was drawn to the Rice Krispies cello. She graduated to the real thing at the age of four.

Music is the family business. Her parents are chamber artists; her father, Donald Weilerstein, was the founding first violinist of the Cleveland Quartet, while her mother, Vivian Hornik Weilerstein, is a pianist who has played with her husband and daughter in the Weilerstein Trio. Both her parents are on the faculties of the New England Conservatory and Juilliard. Her younger brother, Joshua, is a violinist and conductor, and, as of August 2013, Alisa is married to a conductor, too – Rafael Payare from Venezuela.

Today, Weilerstein will be performing at Carnegie Hall. She will play Shostakovich’s Second Cello Concerto with the Orchestra of St. Luke’s, conducted by Pablo Heras-Casado. The evening will also include Stravinsky’s “Symphonies of Wind Instruments” and Beethoven’s “Symphony #5.” Her schedule will take her to California, Boston, Spain and Germany in the next few weeks.

The cellist is sitting in the uptown Manhattan apartment of Inon Barnatan, a highly accomplished pianist friend with whom she also frequently performs and records. It has a vaulted ceiling and features modern furniture and lamps. There’s also a charming white-and-black whippet.

Weilerstein began performing professionally at 13 and, when the time for college came, wanted to get a liberal arts degree in order to explore the dimensions of life beyond music. So she decided to go to Columbia, which has a joint program with Juilliard, where she studied Russian history. She admits with a touch of sheepishness that she never finished the music part of her degree, but it certainly doesn’t seem to have hurt her career. On the contrary, she became a MacArthur Fellow in 2011, and, at 32, Weilerstein is widely regarded as one of the most exciting and accomplished cellists around, performing around the world about 220 times a year. Her reviews, which tend to be raves, praise her impeccable technique, her physical style of performing and the way in which she and her cello seem to combine into one being. That cello is a 1723 Montagnana; this marque carries the same imprimatur of great quality as Stradivarius or Guarnerius does in violins.

Both she and her husband have quite varied, highly demanding schedules, but they managed to make time for a honeymoon in Fiji. In fashion, she favors Romona Keveza and is a big fan of Stuart Weitzman shoes, which she was wearing this day.

There is one part of Weilerstein’s life that is considerably less positive than the others, and that’s the fact that she has Type 1, or childhood-onset, diabetes, which was diagnosed when she was nine. She checks her blood sugar eight to 10 times a day, and must be highly vigilant to keep her blood sugar in check with the constant traveling she does. She also works out six or seven days a week, following a cardiovascular routine. “I have to have a routine,” she said. “Most of it is just eating protein and vegetables. I’m crazy about sushi, and I’ll have an omelet for breakfast.” She is a celebrity advocate for the Juvenile Diabetes Research Foundation.

While Weilerstein is fluent in the standard solo cello repertoire, which includes the Dvorak and Elgar cello concertos, she is also very interested in new music, and has even had pieces written for her.