After "Gossip Girl" ended in 2012, Chace Crawford found himself unsure of what to do next. Now focused, Crawford steps into comedy — and superhero tights — in the Seth Rogen-developed Amazon series "The Boys."

You don’t know this, but Chace Crawford is a funny guy. You do know him as Nate Archibald from “Gossip Girl,” so you know he’s handsome and likable and can give good lacrosse bro. Since the show’s conclusion, he’s pushed himself in different, non-teen drama directions, with projects like ABC’s ill-fated show “Blood & Oil” and smaller ones “All About Nina” and “Charlie Says.” But with his role as The Deep in the Seth Rogen-developed, superhero, dark comedy “The Boys,” out Friday on Amazon, Crawford is about to show his comedic side — while in superhero tights at that.

“I haven’t got to do comedy and I’m a funny guy. I can be funny!” he says from a room at the JW Marriott on Central Park in Manhattan that’s been his home base for a day of press meetings.

He did three episodes of the Hulu show “Casual” a few years ago and got his first taste of what it feels like as an actor to make people laugh.

“I was like ‘This is what I want to do.’ I want to be excited to go to work…it’s fun for me to make people laugh, and play this crazy character,” he says.

Crawford describes his character on “The Boys” not all that favorably, but therein lies the appeal.

“He kind of has a false sense of narcissism, is kind of cocky and just kind of an idiot. But also funny,” he says. “We all know that guy.”

When “Gossip Girl” ended in 2012, Crawford, who is from Texas but had been living in California, moved from New York where the series was filmed back to Los Angeles, unsure of what else to do. 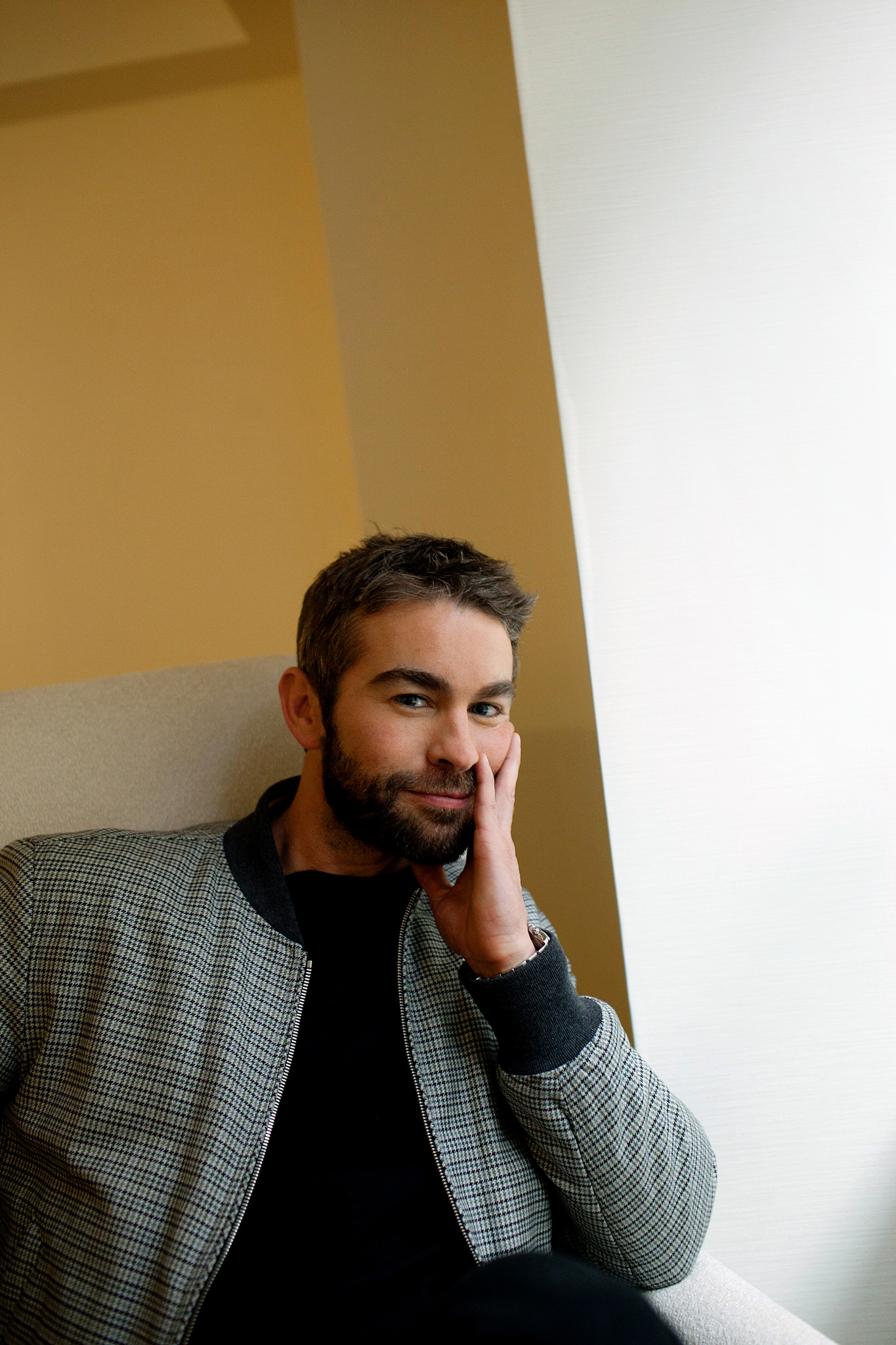 “I’m not going to lie, it was a rough transition,” he says. “I was depressed to leave the show because that was our family and our identity for awhile. I was not happy to go back to L.A. In retrospect, I didn’t have to, but I just felt the show wasn’t happening and I didn’t have a reason to be in New York. I just felt like I needed to get out.”

He’s now properly settled in Los Feliz, Calif., having created for himself a life of routine that he says a successful Angeleno must have.

Crawford, 34, describes himself as always having had a creative bent, but it wasn’t until he got to college – and realized it wasn’t for him – that he found acting.

“I went to Pepperdine and I freaked out. I had like an existential crisis, like ‘What am I doing? I don’t know what I want to do with my life,’” he says. “My parents were really supportive. They let me take a year off and I just simply took acting classes, to just try and open myself up, and had no intention of doing it. I was going back to school part time and then ‘Gossip Girl’ came along and that was a whirlwind. We moved out to New York and I didn’t even know really what I was doing, you know? So then I figured it out pretty quickly.”

His life after the show has been a kind of figuring it out all over again.

“I was on a teen soap and it’s a double-edged sword; it’s hard to break out of that box a little bit,” he says. “But I still feel like I need to prove myself, which I think is a good feeling to have.”

“The Boys,” based on the comic book of the same name, is a kind of anti-superhero superhero series, one that satirizes the genre with dark humor. Amazon already has renewed it for a second season, even before it airs.

“I was a huge Batman fan, like the old Michael Keaton ones. But all the new stuff, it’s so saturated with these on-the-nose superhero movies. This is kind of more my speed,” he says. “This is funny and dark and bizarre. It’s just a really bizarre, wild show. And I was more than happy to poke fun at the overprivileged white guy.”

The casting happened quickly even though the pilot was a ways off from shooting, as the superhero suits take both excessive time and money to create.

“I go with [the suit designer] and I say, ‘Let’s see mine.’ And they’ve got not my face on it, but it was this extremely buff graphic of this guy in a sleeveless, skin-tight, leotard-looking Aquaman suit,” Crawford says. “I’m like, ‘F–k, I gotta work out.’”