The first retrospective of the designer's career shows just how far he pushes the envelope in blending fashion, technology and more. 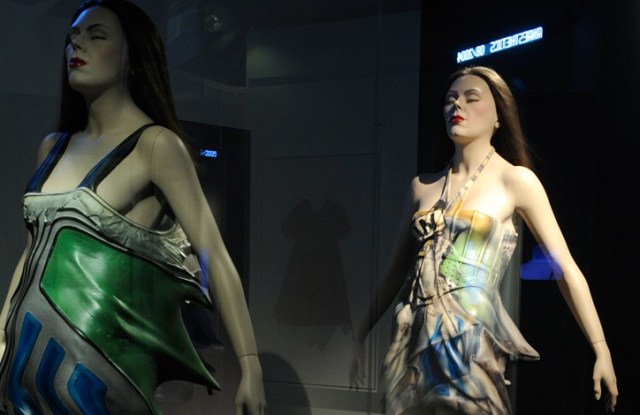 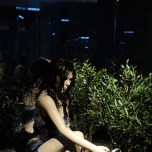 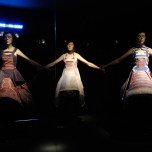 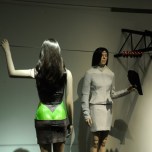 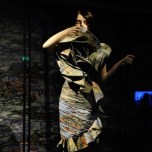 PARIS — In the world of Hussein Chalayan, a dress is something that can be buried, dispatched via airmail, change shape like an airplane wing or light up a room.

His first major retrospective, which opens at Les Arts Décoratifs here Tuesday, assembles spellbinding creations and performances over a 17-year career that has stretched the boundaries of fashion possibility.

Yet chief curator Pamela Golbin also pushed the London-based, Cyprus-born maverick to let her show lots of clothes to underscore her conviction that a conceptual, artistic approach to design is not incompatible with great things to wear.

“That’s what’s so fascinating about fashion. It can be very creative, but there are rules. It has to be worn — and he has no problem with both points of view,” Golbin said. “For him, it’s just as important that the dress is a beautiful dress a client wants to buy; that it doesn’t have to have the artistic baggage to be sold.”

Creations on display range from simple, geometric white shifts to bulbous tulle confections that look like something carved by Edward Scissorhands. Absent are looks from his controversial “chador” collection from 1998 because, Chalayan said, “I don’t need more headaches.”

“It’s a really strong universe. But it doesn’t impose, it proposes,” Golbin insisted as she led a tour of the exhibition, which is decked out with LED signs, plasma screens and loads of audio, making it resemble a contemporary art installation.

Golbin kept text on the walls to a minimum, but visitors are handed a booklet explaining the elaborate thought processes behind each collection, starting from Chalayan’s graduation show at Central Saint Martins in 1993.

Cartesian philosophy, meteorology, weather patterns, superstition, Japanese culture and German fairy tales have all been starting points for Chalayan collections — and produced characteristically unexpected results. His short, sharp and sexy fall 2009 collection, one of his bestsellers, was inspired by concrete building foundations.

“In every aspect, he is the designer’s designer,” Golbin said, describing his clothes as “elegant and timeless” and influential in their shape and fabrications.

Chalayan has struggled to build critical mass for his label, and he even filed for voluntary liquidation in 2001. But according to Golbin, his perseverance proves that independent, freethinking designers can “find a place” in a fashion spectrum increasingly dominated by global giants.

The exhibition, supported by Swarovski, includes six designs employing the Austrian firm’s crystals, including a dress equipped with lasers and another with a morphing hood. Golbin noted, however, that Chalayan’s arresting mechanical designs are too delicate to have operating 10 hours a day, six days a week.