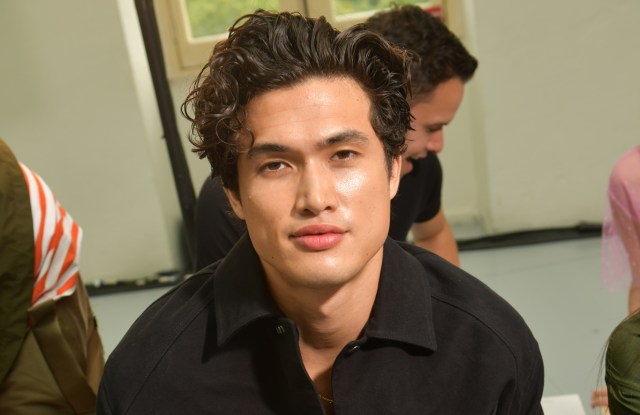 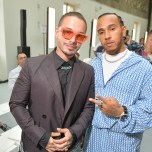 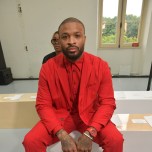 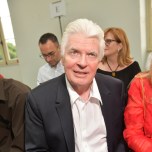 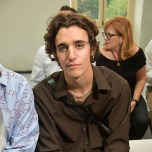 SUMMER SWOON: If there was any doubt about the heartthrob status of “Riverdale” star Charles Melton, it was quashed by the screaming fans who surged forward to greet him at the Valentino show in Paris on Wednesday afternoon.

“I’m just getting over some nerves,” said the actor, fanning himself in the sweltering heat of the afternoon as he entered the Grand Palais venue.

José Álvaro Osorio Balvin, better known as J Balvin, wasn’t letting the heat get to him. “I’m doing a summer tour in Europe, I’m having a blast I love it,” said the Colombian reggaeton artist, who is planning some downtime in Sardinia over the summer between gigs.

Rising Belgian musician Tamino, the grandson of Egyptian singer and actor Moharam Fouad, is also on tour in support of his debut album, released last year.

In addition to dates all over Europe through the summer, he was excited at the prospect of playing the Montreal International Jazz Festival, taking him to Canada for the first time. “Leonard Cohen is from Montreal and he’s definitely someone I look up to,” he enthused.

British artist Roger Dean, who created the prints for the show, was in attendance with his daughter Freyja Dean, who obviously inherited his genes, and is a well-known artist and designer in her own right.

Elsewhere on the front row, basketball player PJ Tucker was hard to miss in his bright red Valentino suit.

Model and DJ Kailand Morris — Stevie Wonder’s son — arrived at the last minute, posing for photos outside before taking his seat.