The director duo documented the singer's six-week process of creating her quarantine album "How I'm Feeling Now" last spring. “The pandemic in general, for everyone, was this moment of self reflection,” Bradley&Pablo says.

A still from "Alone Together."

It all started in Club Quarantine. The online queer dance party emerged in the early days of the pandemic last spring, and shortly after the start of Los Angeles’ stay-at-home order, Charli XCX dropped in to perform a surprise DJ set. A week later, the singer revealed that she would write and release a new album during lockdown, over the course of six weeks, and that she would be including her fans in the creative process.

Director duo Bradley&Pablo (Bradley Bell and Pablo Jones-Soler) were watching those moments unfold — the Club Quarantine parties; the ambitious album — and reached out about documenting her process. “It encapsulated that spirit that we experienced at the Club Quarantine party,” Bell says. “We very excitedly wrote a text and made a proposal, and a few days later we were filming.”

While Charli released her album, “How I’m Feeling Now,” last May, finishing the documentary was a longer process. Almost a year after Charli’s Club Quarantine set, “Alone Together” premiered at SXSW on Thursday as one of the virtual festival’s three headlining films.

The documentary is Bradley&Pablo’s first feature film. The pair, who are in their late 20s, met in London while attending Central Saint Martins and Chelsea College of Art and Design. They’ve known Charli since 2016, when they directed the music video for her single “Vroom Vroom.” (They were introduced through the late producer Sophie and A.G. Cooke, Charli’s creative director.) The filmmakers have since amassed an impressive list of credits in the music industry, directing videos for artists including Dua Lipa (for Silk City’s “Electricity”), Lil Nas X, Rosalía, Juice Wrld, Migos, Nicki Minaj and Cardi B. Most recently, they directed the music video for Harry Styles’ 2020 summer hit “Watermelon Sugar,” which just won a Grammy.

“Alone Together” is a blend of Instagram live sessions, footage self-filmed by Charli and her boyfriend Huck (Bradley&Pablo sent three cameras to the singer’s house in L.A.), and Zoom meetings with her fanbase. Viewers witness Charli self-shooting a music video, and working out lyrics for various songs. There’s a lo-fi aesthetic. “Initially we would receive Dropbox folders from Charli every day, and the variety and content of footage was quite [broad],” Jones-Soler says.

Slowly, narrative threads began to emerge. There was the album creation process, but also more vulnerable storylines, including her experience quarantining with her long-term boyfriend — the couple hadn’t been together for more than two weeks at a time before the pandemic. There was also a self-worth mental health aspect; Charli began working with a therapist while in quarantine. 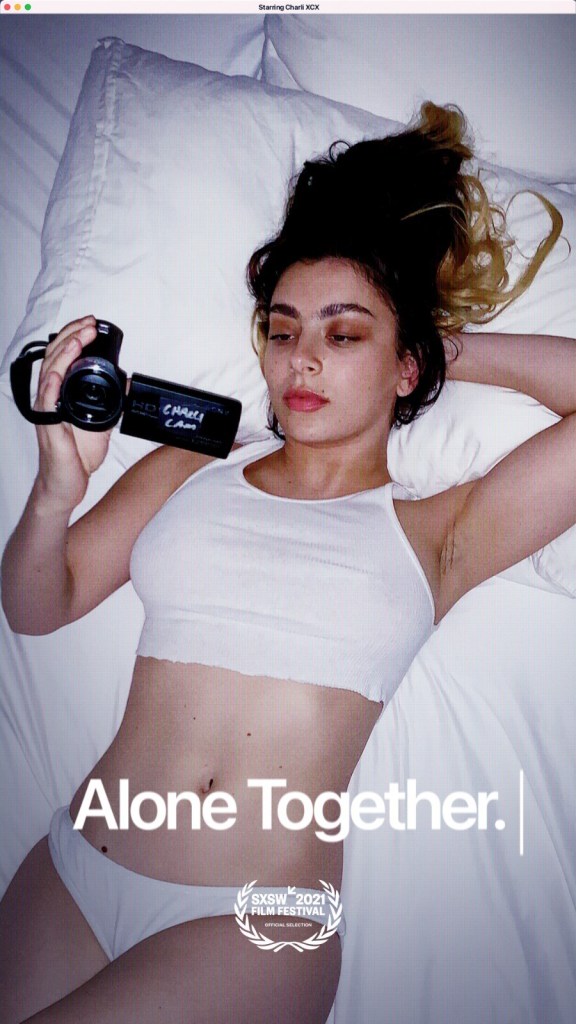 Charli XCX in “Alone Together.”  Courtesy

“The pandemic in general, for everyone, was this moment of self reflection,” Jones-Soler says. “It wasn’t until later in the process that we figured out how these three stories work together.”

The duo had built a level of trust and friendship with Charli over the previous few years, and they credit that existing relationship (as well as the singer’s openness on social media) for helping them gain the trust of her fans, central to the film’s story.

“She’s very aware that she has these fans who are vulnerable and really benefit from seeing their own issues and human experiences reflected back to them in their idol,” Bell says.

Early into filming, the directors began reaching out to Charli’s fanbase — Angels, as they call themselves — who were interested in participating in the musician’s album project (and documentary). The duo spent “hours on Zoom everyday” talking to fans from around the world, many of whom are part of the LGBTQ community, about their pandemic experiences and the impact of Charli’s music.

The process of putting a feature documentary together — while in quarantine — proved to be a much different experience than making a music video, not only because they had hours and hours of footage to work with. The final cut runs at just over an hour, although the first version they shared with Charli was almost twice as long. “We knew we had the ingredients for a great film, but the way that it was presented at that time, it was pretty rough,” Jones-Soler says. “We were very ecstatic that we had a film,” adds Bell, laughing. “[Charli] was like, ‘this is way too long.'”

The film’s title, “Alone Together,” speaks to the film’s central message. “That we all really need each other. Togetherness and community is so undervalued, and intrinsic to our very nature as human beings,” Bell says. “And plays an incredibly important role in keeping everyone sane during this time.”

And a year later, Club Quarantine is still dancing: on Saturday night, the virtual nightclub will host a party to celebrate the documentary and closing night of SXSW. 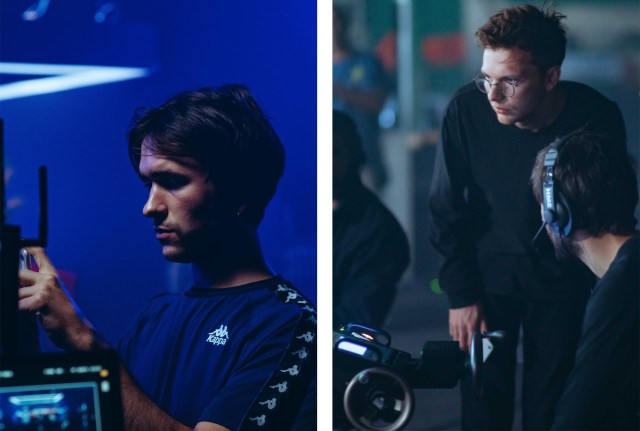 ‘The Truffle Hunters’ Takes Viewers Inside a Mysterious, Magical World