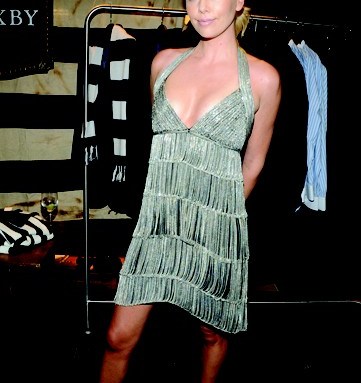 Andre Benjamin, better known as Andre 3000 of Outkast, unveiled his casually dandy menswear line Benjamin Bixby at Barneys New York on  Thursday night with the help of friends Charlize Theron and Stuart Townsend—Benjamin appears opposite Theron in Townsend’s film “Battle in Seattle.” But the Hollywood couple left the musician to fend for himself as he greeted fans on the fifth floor, disappearing into a freight elevator less than five minutes after they arrived.

Fortunately they were of the mind to show up later at an intimate dinner at Bobo, also attended by Amanda Brooks, Arden Wohl, Simon Doonan and India Hicks. After the meal, Lauren Santo Domingo hopped in her new Smart Car and drove the three or so blocks to the Beatrice Inn for Chiara Clemente’s birthday party.